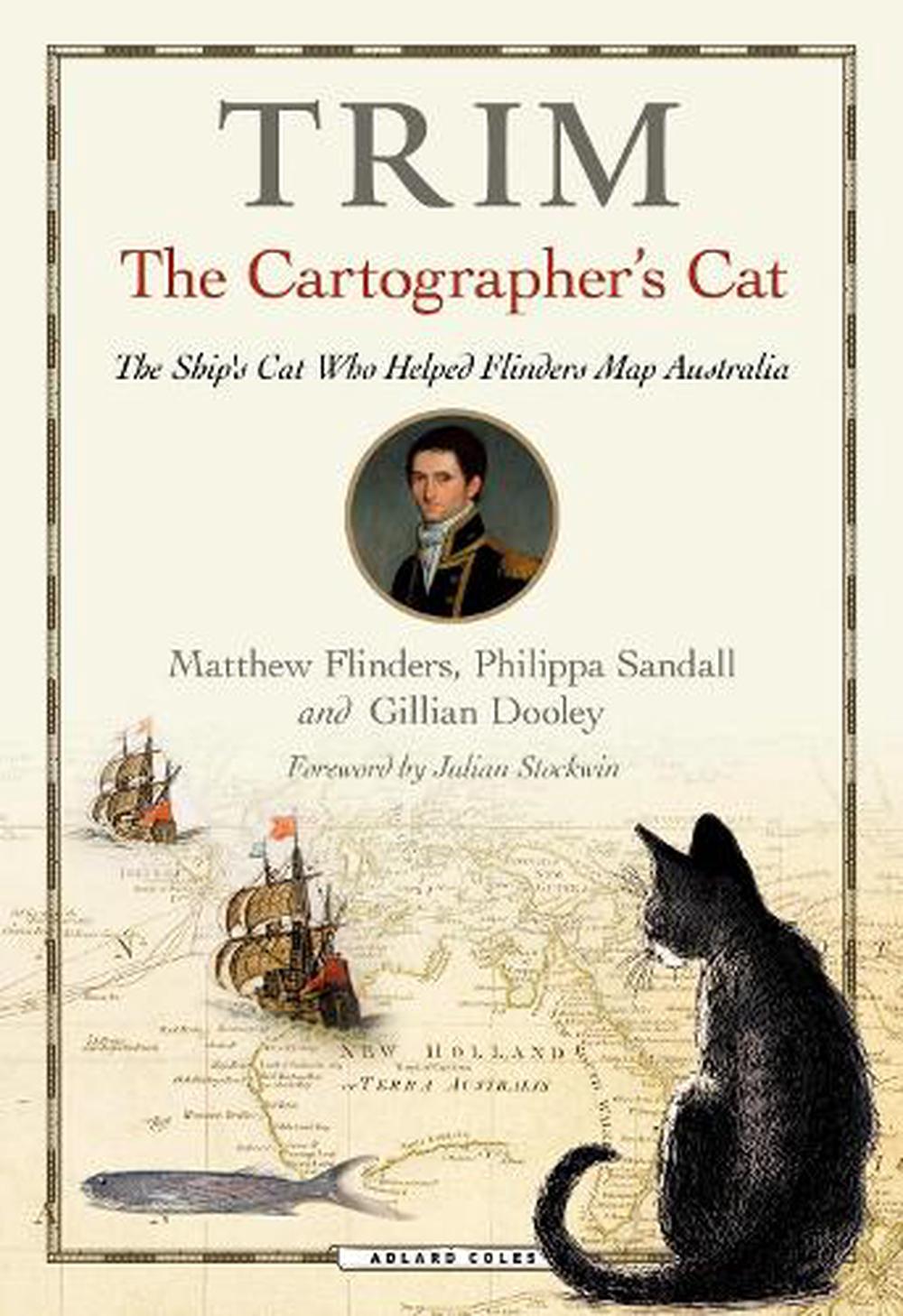 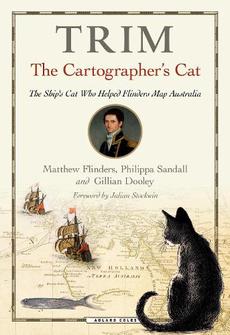 Not many ships' cats have even one memorial statue, let alone six. But Trim does, including one outside Euston Station in London, proudly unveiled by Prince William on the bicentenary of Matthew Flinders's death - 19 July 2014.

Trim was the ship's cat who accompanied Matthew Flinders on his voyages to circumnavigate and map the coastline of Australia from 1801 to 1803. He lived quite the adventurous life. As a small kitten he fell overboard while at sea but managed to swim back to the vessel and climb back on board by scaling a rope. This cemented his position as Flinders's beloved companion, and together they survived a voyage around the world, the circumnavigation of Australia and a shipwreck. When Flinders was imprisoned by the French in Mauritius in 1803 Trim shared his captivity until one day he mysteriously disappeared - which heartbreakingly Flinders attributed to his being stolen and eaten by a hungry slave.

Trim, The Cartographer's Cat is an ode to this much-loved ship's cat, which will warm the heart of any cat lover. The first part of the book reproduces Flinders' own whimsical tribute to Trim, written while in captivity in the early 1800s, with added 'friendly footnotes' to provide some background to Flinders's numerous literary allusions and nautical terms. Next the book discusses where Flinders was when he wrote his tribute and why, and what his letters and journals from that time tell us about his 'sporting, affectionate and useful companion'. Finally, we learn what Trim's views on all of this might have been, in a fun and fanciful observation on his premature epitaph.

Accompanying all of this are beautiful maps, historical artworks, quirky original illustrations by Ad Long and excerpts from Flinders' original script, showing his beautiful handwriting. This book will make a unique and treasured gift for Flinders fans, Trim fans and cat lovers around the world.

Matthew Flinders RN, an English navigator, cartographer and captain of Investigator, carried out the first circumnavigation of Australia. His A Voyage to Terra Australis, is a story of discovery, achievement and tragedy, self-sacrifice and devotion. While not a best seller back in 1814, a first edition (3 vols) will now set you back about $85,000.00. A household name in Australia, he is also well known amongst maritime history fans in the UK and Europe.

Gillian Dooley is an Honorary Senior Research Fellow at Flinders University. She has been studying and writing about Matthew Flinders for nearly two decades, since she became Special Collections Librarian at Flinders University. Philippa Sandall is a writer. Her latest book is Seafurrers, The Ships' Cats Who Lapped and Mapped the World. Ad Long is an illustrator. He cobbles together images using old photographs, etchings or paintings as a starting point. The idea is to create a picture that looks like it might almost be a record of the actual events in a story... but is very clearly not.