Churched: One Kid's Journey Toward God Despite a Holy Mess

PUBLISHED: 7th October 2008
ISBN: 9781400074716
ANNOTATION:
"Churched" is the compelling narrative of life inside the walls of the local church building, examining what it means to "be" churched--relevant to those who are familiar with the evangelical culture. 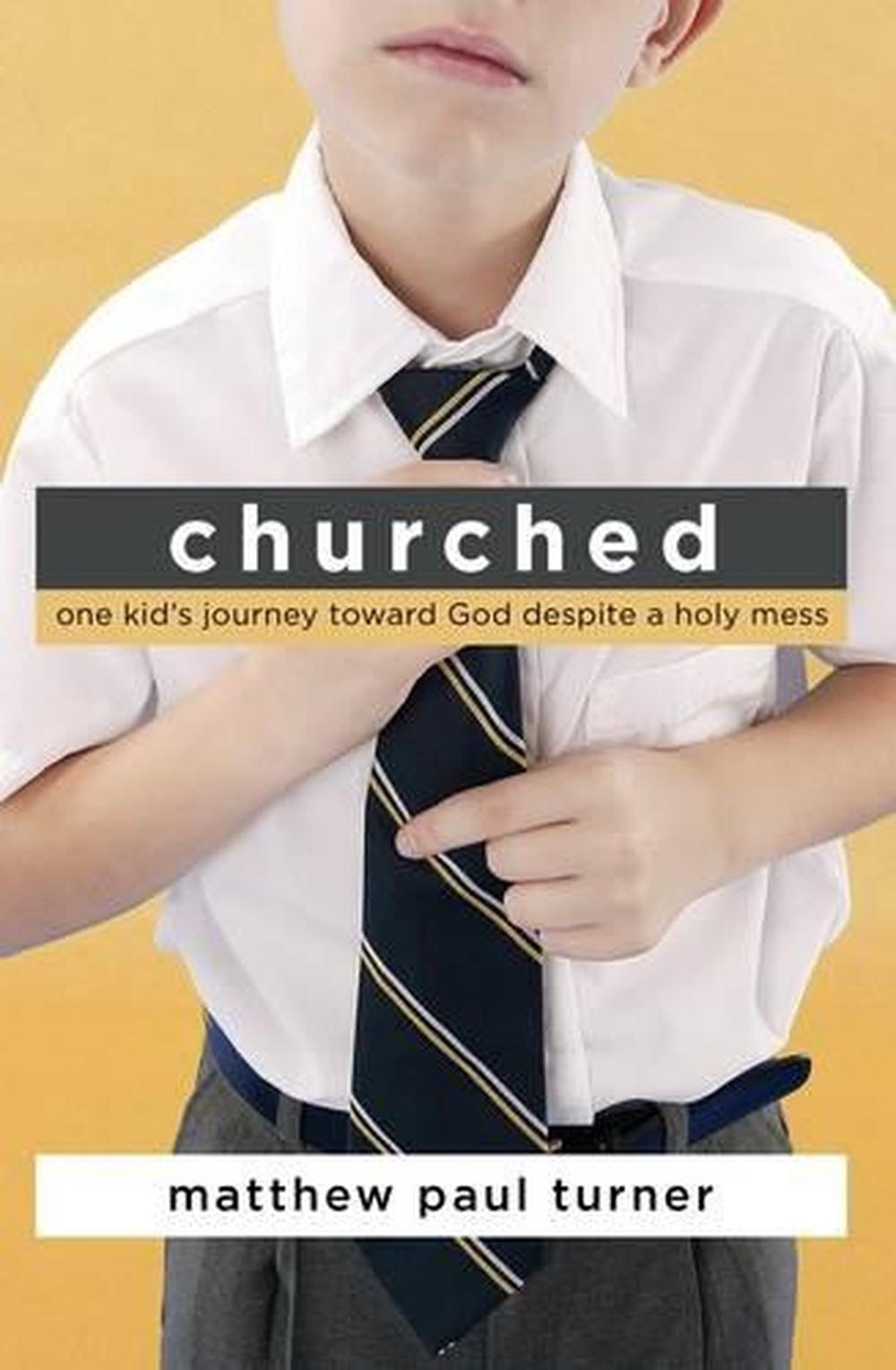 OTHER FORMATS:
PUBLISHED: 7th October 2008
ISBN: 9781400074716
ANNOTATION:
"Churched" is the compelling narrative of life inside the walls of the local church building, examining what it means to "be" churched--relevant to those who are familiar with the evangelical culture.

"Churched" is the compelling narrative of life inside the walls of the local church building, examining what it means to "be" churched--relevant to those who are familiar with the evangelical culture.

He spent his childhood trapped within the confines of countless bizarre, strict rules. And lived to tell about it. In this first-hand account, author Matthew Paul Turner shares amusing-sometimes cringe-worthy-and poignant stories about growing up in a fundamentalist household, where even well-intentioned contemporary Christian music was proclaimed to be "of the devil." "churched "is a collection of stories that detail an American boy's experiences growing up in a culture where men weren't allowed let their hair grow to touch their ears ("an abomination "), women wouldn't have been caught dead in a pair of pants (unless swimming), and the pastor couldn't preach a sermon without a healthy dose of hellfire and brimstone. Matthew grapples with the absurdity of a Sunday School Barbie burning, the passionate annual boxing match between the pastor and Satan, and the holiness of being baptized a fifth time-while growing into a young man who, amidst the chaotic mess of religion, falls

The former editor of CCM magazine Matthew Paul Turner is the author The Christian Culture Survival Guide and Everything You Need to Know Before College. With a focus on sharing spiritual relevancy in today's culture Matthew is a frequent speaker at youth events across the country. He currently resides in Nashville TN. /

"Churched is funny, poignant, and surprisingly moving. In this deft story of his fundamentalist upbringing Matthew Paul Turner proclaims the good news: that even church can't drown out the message of Jesus." -Sara Miles, author of Take This Bread "Turner's churched lives in that elusive space between whimsical memories of an innocent youth and cringe-inducing flashbacks of life growing up in the church. Like a visit with long-lost relatives, churched reintroduced me to characters anyone who grew up in the church will find familiar, and I was surprised to find that I was glad to see them. Sweet-hearted, funny, and honest, churched had me reminiscing about the little boy searching for God that I once was and gently reminded me I still have some miles to travel." -Dan Merchant, writer/director of Lord, Save Us From Your Followers

"Thanks to churched, Matthew Paul Turner's vivid, often hilarious account of his childhood, I realized that not having grown up in evangelical culture is less of a handicap than I previously thought!" -Andrew Beaujon, author of Body Piercing Saved My Life and writer for the Washington Post

"Turner crafts an amusing field guide to fundamentalism that's both a gentle lampoon of hypocrisy and misplaced fervor, and a model of how to survive being 'churched' without cynically rejecting the good with the bad, the Founder with his followers." -Anna Broadway, author of Sexless in the City

"Matthew Paul Turner's memoir has the insight of Anne Lamott and the comic honesty of David Sedaris. His stories force us to wonder which of our Christian beliefs and practices come from scripture and which spring up out of our own preferences and fears." -Rob Stennett, author of The Almost True Story Of Ryan Fisher

"Finally! A bona-fide humorist in the North American church! I might be tempted to say Matthew Paul Turner is Christendom's answer to David Sedaris, but Matthew stands on his own without the comparison. A memoirist who doesn't take himself or the world too seriously, but still manages to write profoundly and beautifully, Turner gave me a belly-laugh on almost every page. If you grew up believing 'being conformed not to this world' meant being the weirdest kid on the block, churched will be the funniest book you've read in years!"

-Lisa Samson, award-winning author of Quaker Summer, Embrace Me and Justice in the Burbs

"With his homespun humor and eye for living detail, Matthew Paul Turner's churched invites readers to rethink the quirks of Christian culture for the sake of uncovering that which is lastingly good and worth holding dear. Turner's work is a refreshingly gentle discussion of faith and culture with the potential to spark meaningful conversations." -Pete Gall, author of My Beautiful Idol

"How can a book be so stinkin' funny and yet so poignant at the same time? Matthew Paul Turner found his voice! After reading churched I wanted to hug him and then toss out all of my son's clip-on ties." -Jennifer Schuchmann, author of Six Prayers God Always Answers

"Who knew that a journey through faith and fundamentalism could be so painfully funny? I laughed out loud many a time while reading churched. Matthew Paul Turner manages to channel both boyhood innocence and wry retrospective through this fast-moving account of growing up with Jesus in late twentieth-century America." -Mike Morrell, TheOoze.com

"A funny, heartfelt portrayal of one man's attempt to find true meaning despite his upbringing among fundamentalists who taught him that Azrael-the cat from The Smurfs-was an agent of Satan. The true miracle of this book is that its author never manages to lose his faith." -Robert Lanham, author of Sinner's Guide To The Evangelical Right