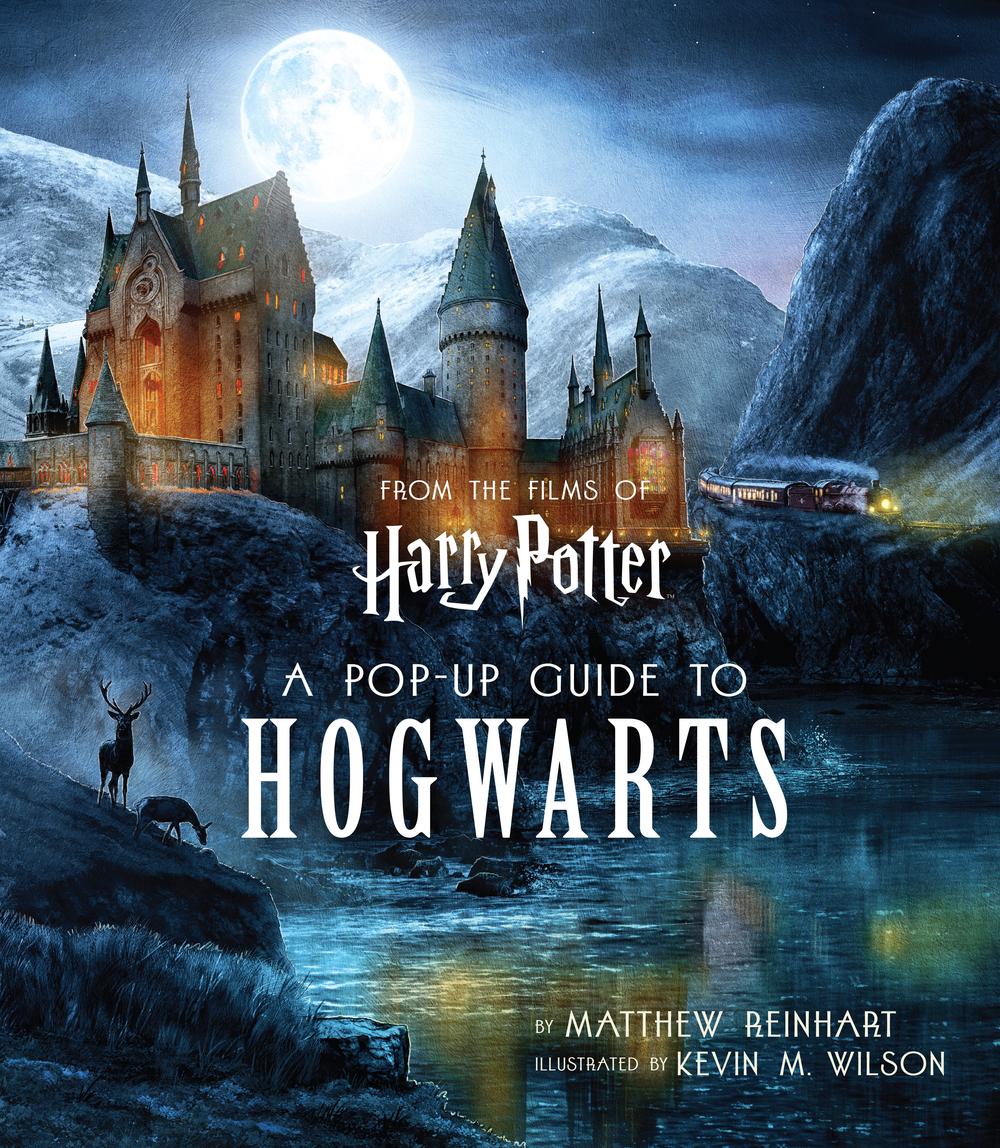 Harry Potter- A Pop-Up Guide to Hogwarts is an exhilarating, interactive guide to the iconic school of witchcraft and wizardry. This book features spectacular pop-up re-creations of key locations inside and outside Hogwarts castle, and it opens flat to form a pop-up map of the castle and its grounds - including the Quidditch pitch, the Forbidden Forest, and beyond.

In addition to large pops on each spread, numerous mini-pops will bring to life beloved elements from the Harry Potter films, such as the Marauder's Map and the Flying Ford Anglia. Each pop will include insightful text about Hogwarts as seen in the films, making for a must-have collectible for fans of the Wizarding World.

Matthew Reinhart studied industrial design at the Pratt Institute in Brooklyn before finding his calling as a paper engineer. His books include the best-selling Star Wars- A Pop-Up Guide to the Galaxy, A Pop-Up Book of Nursery Rhymes, and DC Super Heroes- The Ultimate Pop-Up Book, among many other award-winning titles. He lives in New York City.

Since pursuing a career in illustration, having initially found himself in the financial sector, Kevin Wilson has exhibited his work globally and worked with clients such as IMAX, Marvel and Bad Robot. He lives with his wife and two daughters in the south of England

"There are few things better than a pop-up book. If this isn’t an aphorism already, it should be, and what better example of why than the new Harry Potter: A Pop-Up Guide to Hogwarts." - Pottermore

"A must for any Harry Potter fan." - Parade Magazine

"Every page is gorgeous, but look closer and the exquisite detail becomes even more apparent." - Mugglenet

"These are exactly what we need to get into a Harry Potter state of mind." - POPSUGAR

"There are few things better than a pop-up book. If this isn't an aphorism already, it should be, and what better example of why than the new Harry Potter: A Pop-Up Guide to Hogwarts ."

Explore Hogwarts like never before with this magical Harry Potter pop-up and map book.

By kathy
By Mick
This book is awesome. It was a christmas gift for my nephew and he absolutely loves it. I was pretty impressed by it too. A great example of pop-up books for older children. Any Harry Potter fan would love it.
By Marisa
Love this and can't wait for my son to see it! It is amazing and the price was excellent with fast delivery. Thank you!
By Tracey