Every Man in This Village is a Liar

PUBLISHED: 3rd May 2011
ISBN: 9781921844096
ANNOTATION:
A few weeks after the planes crashed into the World Trade Center on 9/11, journalist Megan Stack was thrust into Afghanistan and Pakistan. From there, she travelled to war-ravaged Iraq and Lebanon and to other countries scarred by violence. This is Megan Stack's unique and breathtaking account of what she saw in the combat zones and beyond. 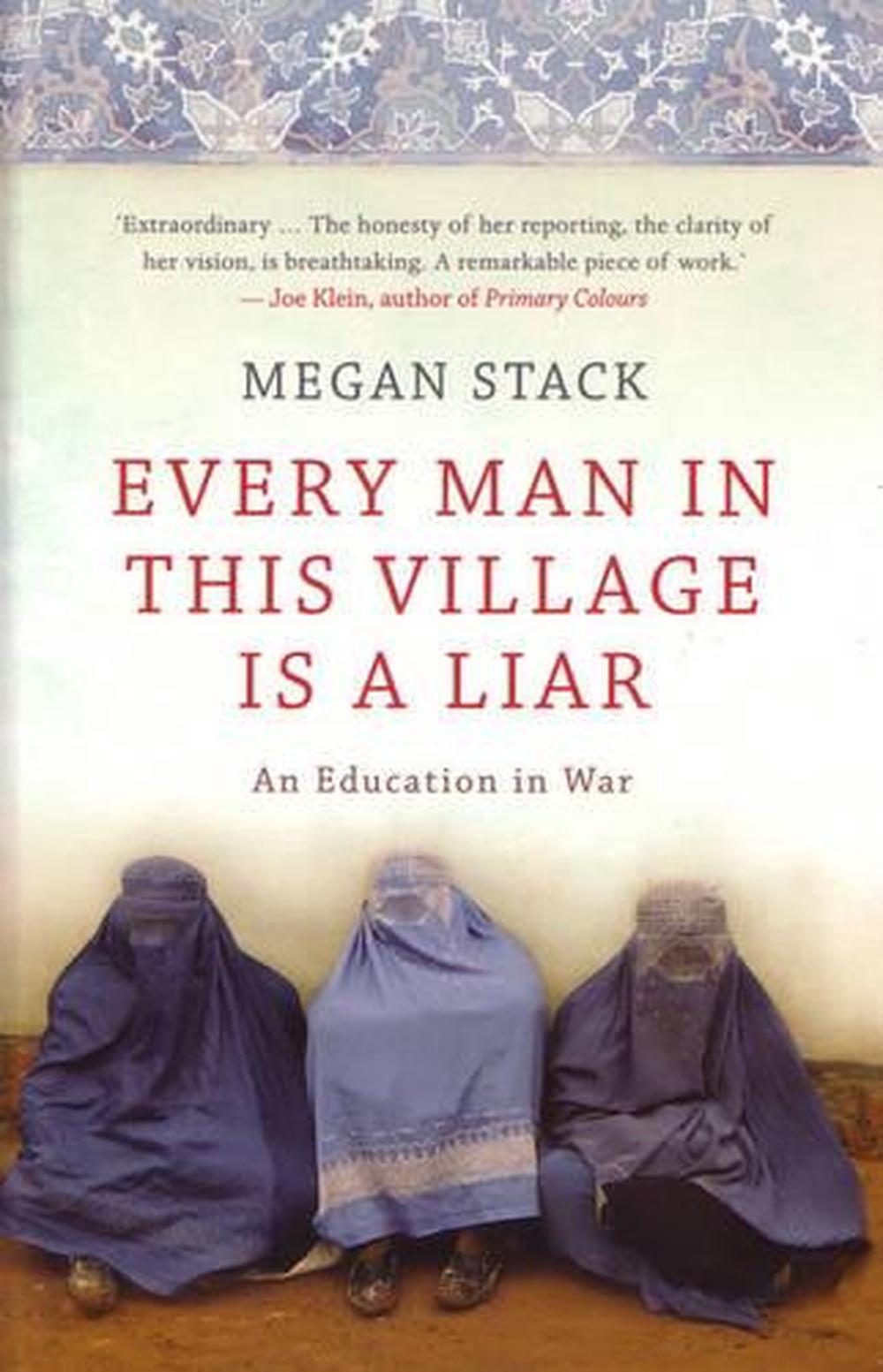 A few weeks after the planes crashed into the World Trade Center on 9/11, journalist Megan Stack was thrust into Afghanistan and Pakistan. From there, she travelled to war-ravaged Iraq and Lebanon and to other countries scarred by violence. This is Megan Stack's unique and breathtaking account of what she saw in the combat zones and beyond.

A few weeks after the planes crashed into the World Trade Center on 9/11, journalist Megan Stack, a 25-year-old national correspondent for the Los Angeles Times, was thrust into Afghanistan and Pakistan, dodging gunmen and prodding warlords for information. From there, she travelled to war-ravaged Iraq and Lebanon and to other countries scarred by violence, including Israel, Egypt, Libya, and Yemen, witnessing the changes that swept the Muslim world, and striving to tell its stories. Every Man in This Village Is a Liar is Megan Stack's unique and breathtaking account of what she saw in the combat zones and beyond. She relates her initial wild excitement and her slow disillusionment as the cost of violence outweighs the elusive promise of freedom and democracy. She reports from under bombardment in Lebanon; documents the growth of unusual friendships; records the raw pain of suicide bombings in Israel and Iraq; and, one by one, marks the deaths and disappearances of those she interviews. Beautiful, savage, and unsettling, this is a deeply human memoir about the wars of the 21st century. It is an indispensable book of our times.

`[Stack's] soaring imagery sears itself into the brain, in acute and accurate tales that should never be forgotten by the wider world, and yet always are ... Anyone wishing to understand the Middle East need only look into the faces of war that Stack renders with exceptional humanity - the bombers as well as the bureaucrats, the rebels and the refugees, the victors and the victims.' - Booklist

`Megan Stack's Every Man in This Village is a Liar is one of the bravest books about America's 'war on terror' I have read.' - Financial Times

`A bell-clear, powerful indictment of the debacle of recent Middle Eastern war policy ... A scathing look at the human costs of war.' - Kirkus Reviews

`Stack's profound compassion leads her to hold a mirror to all those complicit, from American and Arab leaders to the foreign correspondents who have flocked to the conflict. Her keen eye for contradiction and for the human implications of policy bring her to an unsettling conclusion: There is no truth to this hologram of a war on terror - not for us and not for them.' - Marla Stone, Los Angeles Times

`Stack offers gripping accounts of the sorrows of war, especially of the traumas Afghan and Lebanese civilians endured under American and Israeli bombing, but she also writes evocatively of quieter pathologies: Libya's jovially sinister totalitarian regime, corruption under Egypt's quasi-dictatorship, and lyric anti-Semitism at a Yemeni poetry slam. Dropping journalistic detachment in favor of a novelistic style, she enters the story as a protagonist whose travails - fending off a lecherous Afghan warlord, seething under the humiliating restrictions of Saudi Arabia's gender apartheid system - illuminate the societies she encounters ... her vivid, atmospheric prose and keen empathy make her a superb observer of the region's horrific particulars.' - Publishers Weekly

`For readers frustrated with cold and unfeeling news coverage, Megan Stack's Every Man in This Village Is a Liar will serve as a much-needed antidote; the Los Angeles Times correspondent's account of her life and work in the tumultuous greater Middle East is uncharacteristically personal and impassioned.' - San Francisco Chronicle

`Through the sheer force of her tight, hard prose, which quivers with excoriating metaphors, Stack makes you sit up straight and concentrate on the chaos of the Middle East once more, this time with feeling.' - The Age

`A brilliant piece of writing that is lucid, compelling and an education in war for the rest of us too.' - The Bookseller

`Stack has soul. Stack gets it. She feels it in her gut and has a clarity of thought and boldness of expression that is rare, and delicious.' - The Times of London

`Every Man in This Village is a Liar is a courageous report from the front lines of the hostilities between the West and the Muslim world. Journalist Megan Stack sheds the customary pretenses of her profession to show us - with blistering eloquence and her own raw nerves laid bare - war's impact on the non-combatants who bear the brunt of its horrors. You'll be thinking about this book long after you turn the final page. I hope it finds a wide audience. My congratulations to Ms. Stack.' - Jon Krakauer

`Every Man in this Village is a Liar is an electrifying book by an extraordinary foreign correspondent. Megan Stack has braved the battlefields of Afghanistan and Iraq, decoded the secrets of Israel and Egypt. She shows us what war and terror have done to humanity in the 21st century. Read it if you have the courage to care about your country, its allies and its enemies.' - Tim Weiner, author of Legacy of Ashes

`"We were all stripped of technology," Megan Stack writes, "reduced to our ancient selves, to faces found and words spoken in person". And that is the secret of this extraordinary book: Stack removes all the usual nonsense from war reporting. What you read here is the truth, gorgeously rendered in shimmering sentences, but unrelenting all the same. The honesty of her reporting, the clarity of her vision is breath-taking. It is a remarkable piece of work.' - Joe Klein, author of Politics Lost and Primary Colours