The Legend Of Korra: Ruins Of The Empire Part 3 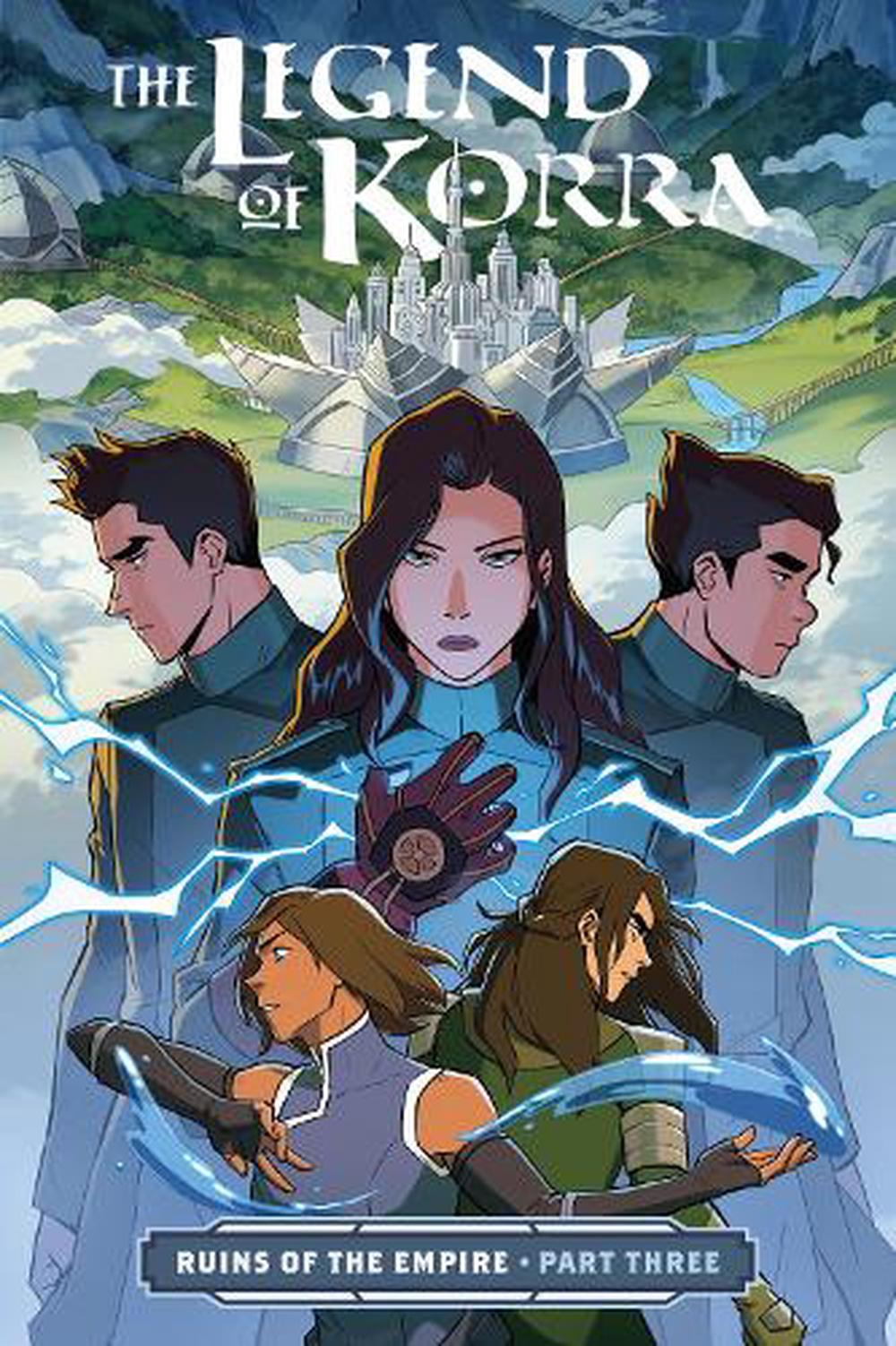 Thanks to Commander Guan and Doctor Sheng's brainwashing technology, all hope for a fair election in the Earth Kingdom is lost. Korra works with Toph, Su, and Kuvira to plan a means to rescue not just the brainwashed Mako, Bolin, and Asami, but everyone else caught up in Guan's plan! With the Earth Empire potentially on the rise again, Kuvira pulls another trick from her sleeve . . . but whose side is she truly on?

Written by series co-creator Michael Dante DiMartino and illustrated by Michelle Wong (Goosebumps- Download and Die), with consultation by Bryan Konietzko and Tim Hedrick, this is the ultimate continuation of the beloved television series!

Michael Dante DiMartino is an American animation director best known as the co-creator, executive producer, and story editor of the animated TV series Avatar- The Last Airbender and The Legend of Korra, both on Nickelodeon. He was born in Shelburne, Vermont. He studied at the Rhode Island School of Design with Bryan Konietzko, with whom he created Avatar. Before Avatar, Mike worked for twelve years at Film Roman, helping to direct King of the Hill, Family Guy, and Mission Hill in addition to his own animated short, Atomic Love.

Kuvira's true nature is revealed, and the Earth Kingdom will feel the consequences!