The Penguin History of New Zealand 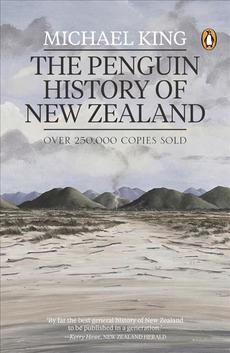 New Zealand was the last country in the world to be discovered and settled by humankind. It was also the first to introduce full democracy. Between those events, and in the century that followed the franchise, the movements and conflicts of human history have been played out more intensively and more rapidly in New Zealand than anywhere else on Earth. The Penguin History of New Zealand tells that story in all its colour and drama. The narrative that emerges is an inclusive one about men and women, Maori and Pakeha. It shows that British motives in colonising New Zealand were essentially humane; and that Maori, far from being passive victims of a 'fatal impact', coped heroically with colonisation and survived by selectively accepting and adapting what Western technology and culture had to offer. This bestselling book, the triumphant fruit of careful research, wide reading and judicious assessment, is the unchallenged contemporary reference to the history of New Zealand.

This bestselling book, the triumphant fruit of careful research, wide reading and judicious assessment, is the unchallenged contemporary reference on the history of New Zealand.

Brilliant, concise and unbiased
By michael