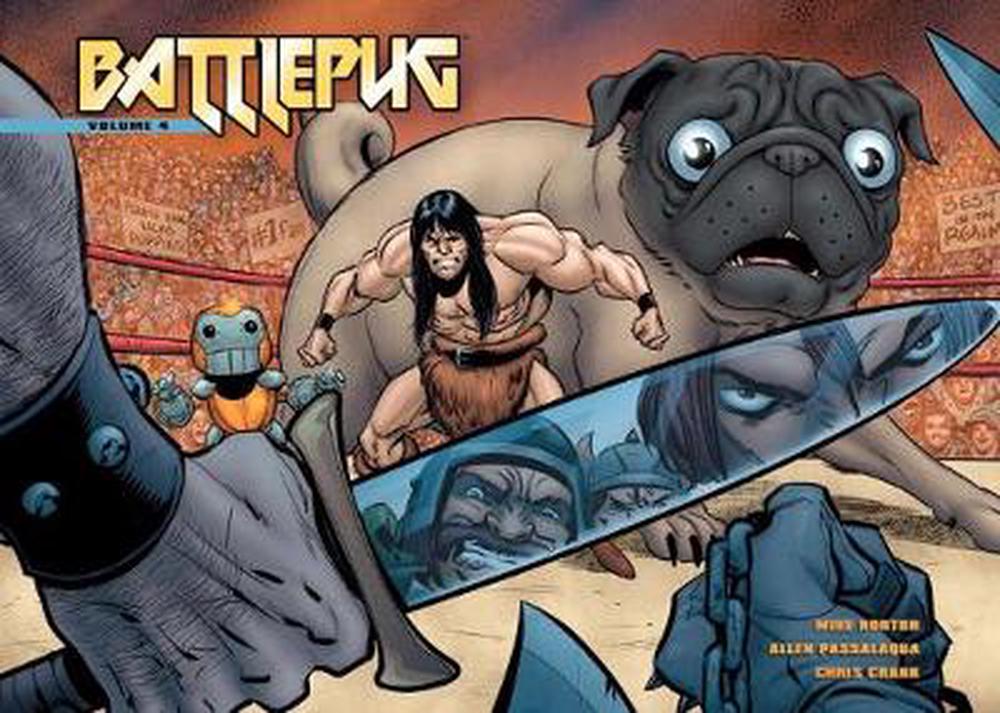 Have you ever wondered what Conan The Barbarian would look like riding a giant pug? Well, wonder no more! Join Molly and her two loyal dogs Mingo and Colfax, as they recount the epic tale of The Warrior and The Battlepug, a freakishly large pug with a score to settle! Join the duo as they attempt to rid the world of terrifying foes including an army of evil baby harp seals. It's a pugly job, but someone's gotta do it! Battlepug won an Eisner award in 2012 for Best Digital Comic, and was reissued in physical format by Dark Horse in two volumes in 2012 and 2013.

Mike Norton is the creator of the weekly webcomic, Battlepug, which won the Eisner Award in 2012 for Best Digital Comic. He is also the artist of Revival, the critically acclaimed Image Comics series with studio mate Tim Seeley and the Dark Horse series, The Answer! with Dennis Hopeless. He lives in Chicago with his wife and two pugs.