The Shattered Court: A Novel of the Four Arts 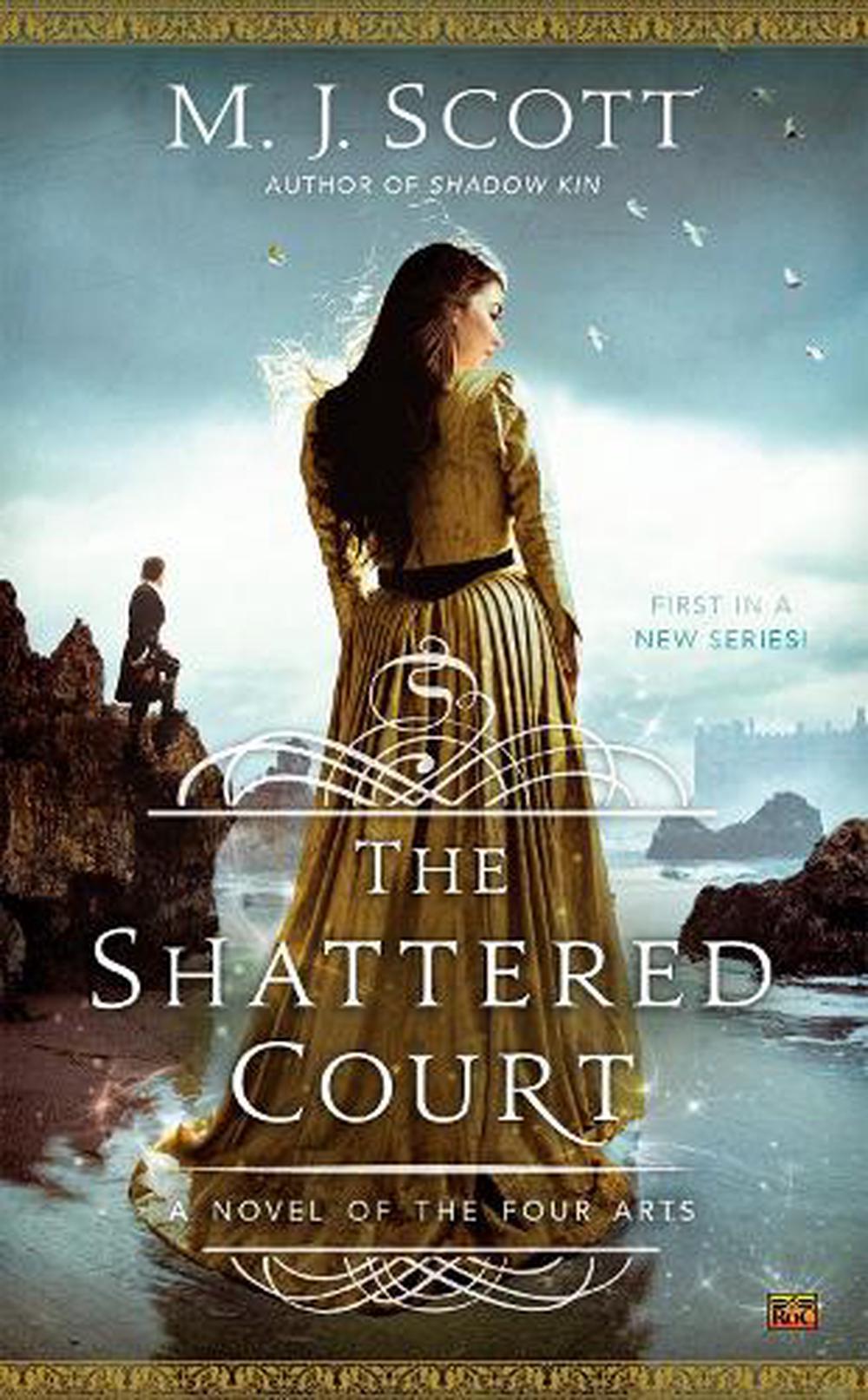 First in a new fantasy series from the author of the Novels of the Half-Light City.

Entangled in a court ruled by tradition and intrigue, a young witch must come to terms with newfound power and desire-and a choice between loyalty and survival....

The royal witches of Anglion have bowed to tradition for centuries. If a woman of royal blood manifests powers, she is immediately bound by rites of marriage. She will serve her lord by practicing the tamer magics of the earth-ensuring good harvests and predicting the weather. Any magic more dangerous is forbidden.

Lady Sophia Kendall, thirty-second in line to the throne, is only days away from finding out if she will be blessed-or perhaps cursed-with magic. When a vicious attack by Anglion's ancient enemies leaves the kingdom in chaos, Sophia is forced to flee the court. Her protector by happenstance is Lieutenant Cameron Mackenzie, a member of the royal guard, raised all his life to be fiercely loyal to the Crown.

Then Sophia's powers manifest stronger than she ever imagined they would, and Cameron and she are inextricably linked in the process. As a witch unbound by marriage rites, Sophia is not only a threat to the established order of her country, but is also a weapon for those who seek to destroy it. Faced with old secrets and new truths, she must decide if she will fight for her country or succumb to the delicious temptation of power....

M. J. Scott is an unrepentant bookworm. Luckily she grew up in a family that fed her a properly varied diet of books and these days is surrounded by people who are understanding of her story addiction. When not wrestling one of her own stories to the ground, she can generally be found reading someone else's. Her other distractions include yarn, cat butlering, dark chocolate and fabric. She is the author of the Half-Light City novels- Shadow Kin, Blood Kin, and Iron Kin, and Fire Kin.She lives in Melbourne, Australia.

Praise for the Novels of the Half-Light City "Had me hooked from the very first page."--New York Times Bestselling Author Keri Arthur

"This is one urban fantasy series that I will continue to come back to....Fans of authors Christina Henry of the Madeline Black series and Keri Arthur of the Dark Angels series will love the Half-Light City series."--Seeing Night Book Reviews

Praise for the Novels of the Half-Light City "Had me hooked from the very first page."-- New York Times Bestselling Author Keri Arthur "[A] fantastic tale of love, betrayal, hope, and sacrifice."--National Bestselling Author Devon Monk "This is one urban fantasy series that I will continue to come back to....Fans of authors Christina Henry of the Madeline Black series and Keri Arthur of the Dark Angels series will love the Half-Light City series."-- Seeing Night Book Reviews