Reason I Jump: One Boy's Voice from the Silence of Autism 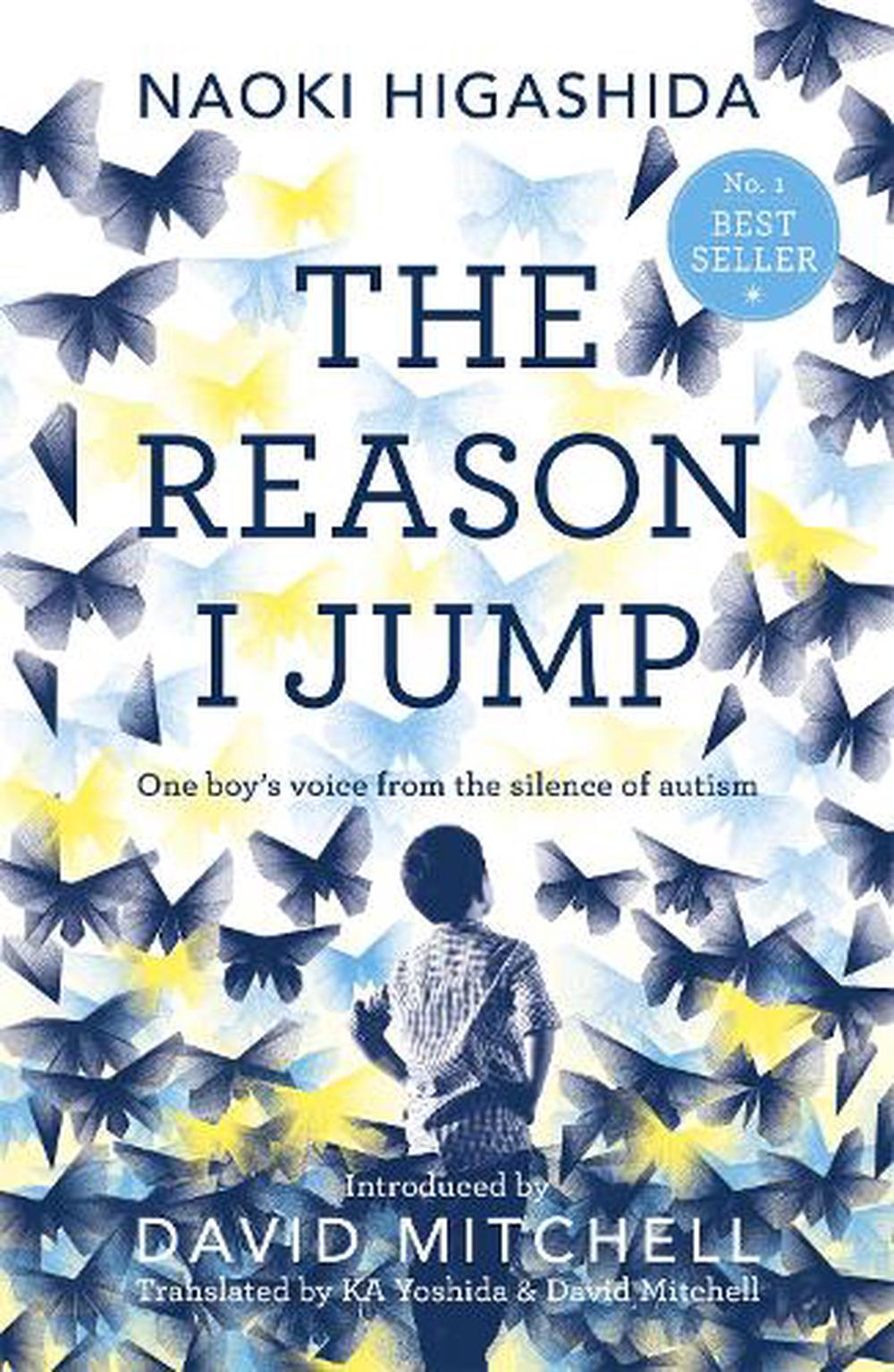 OTHER FORMATS:
PUBLISHED: 24th April 2014
ISBN: 9781444776775
ANNOTATION:
The No. 1 Sunday Times and internationally bestselling account of life as an autistic child. 'Brilliant . . . both moving and strangely optimistic' (Daily Telegraph).

The No. 1 Sunday Times and internationally bestselling account of life as an autistic child. 'Brilliant . . . both moving and strangely optimistic' (Daily Telegraph).

Written by Naoki Higashida when he was only thirteen, this remarkable book provides rare insight into the often baffling behaviour of autistic children. Using a question and answer format, Naoki explains things like why he talks loudly or repeats the same questions, what causes him to have panic attacks, and why he likes to jump. He also shows the way he thinks and feels about his world - other people, nature, time and beauty, and himself. Abundantly proving that people with autism do possess imagination, humour and empathy, he also makes clear how badly they need our compassion, patience and understanding.

David Mitchell and his wife have translated Naoki's book so that it might help others dealing with autism and generally illuminate a little-understood condition. It gives us an exceptional chance to enter the mind of another and see the world from a strange and fascinating perspective.

Naoki Higashida was born in Kimitsu, Japan in 1992. He was diagnosed with severe autism in 1998 and subsequently attended a school for students with special needs, then (by correspondence) Atmark Cosmopolitan High School, graduating in 2011. Having learnt to use a method of communication based on an alphabet grid, Naoki wrote The Reason I Jump when he was thirteen and it was published in Japan in 2007. He has published several books since, from autobiographical accounts about living with autism to fairy tales, poems and illustrated books, and writes a regular blog. Despite his communication challenges, he also gives presentations about life on the autistic spectrum throughout Japan and works to raise awareness about autism. In 2011 he appeared in director Gerry Wurzburg's documentary on the subject, Wretches & Jabberers.

A book that acts like a door to another logic, explaining why an autistic child might flap his hands in front of his face, disappear suddenly from home - or jump. - Sunday Telegraph

A book that makes me want to say, "This is truly important, and anyone interested in autism should read it," is a rare find. The Reason I Jump achieves that status . . . [it] builds one of the strongest bridges yet constructed between the world of autism and the neurotypical world . . . There are many more questions I'd like to ask Naoki, but the first words I'd say to him are "thank you". - The Sunday Times

Every page dismantles another preconception about autism. Higashida's language is precise and has a poetic quality that elevates it far beyond a self-help book for the parents of autistic children. His fictional stories, also included in this book, vary in length from a few lines to dozens of pages and are united by their beautiful simplicity. They all share a strong single theme, namely, that even if living is different and difficult, you can still find companionship and happiness. Once you understand how Higashida managed to write this book, you lose your heart to him. - New Statesman

This is a wonderful book. I defy anyone not to be captivated, charmed and uplifted by it. But above all, you will never feel the same about autism again. - Evening Standard

We have our received ideas, we believe they correspond roughly to the way things are, then a book comes along that simply blows all this so-called knowledge out of the water. This is one of them . . . This book is an entry into another world. It was discovered by K.A. Yoshida, wife of the novelist David Mitchell, who gave us some memorable other worlds in Cloud Atlas . . . Naoki says he wants to be a writer when he grows up. David Mitchell points out that he already is one. This spectacular little book may or may not be the beginning of a prolific career, but it's a wholly realised work of art in itself, and its dignity and stoicism are sometimes almost unbearably moving. And no, he doesn't wish he was 'normal'. He says he is happy as he is, and I think I believe him. - Daily Mail

As much a winsome work of the imagination as it is a user's manual for parents, carers and teachers. In its quirky humour and courage, it resembles Albert Espinosa's Spanish bestseller, The Yellow World . . . This book gives us autism from the inside, as we have never seen it. - Independent

The freshness of voice coexists with so much wisdom . . . it will stretch your vision of what it is to be human. - The Times