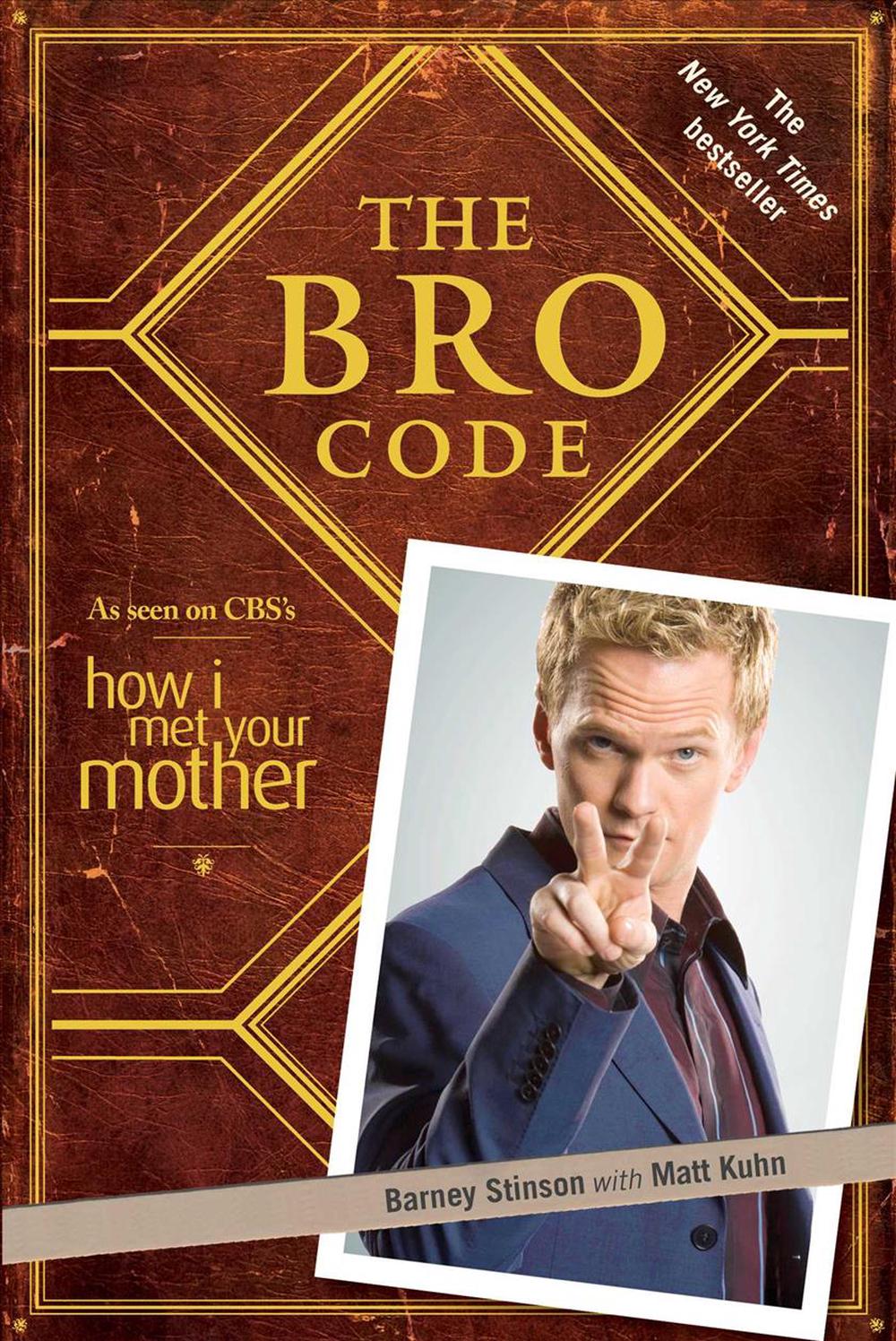 Ever hear a guy say, "Bros before Hos"? That's actually the first rule of the Bro Code!

THE BRO CODE is a living document, much like the Constitution. Except instead of outlining a government, or the Bill of Rights, or anything even resembling laws, THE BRO CODE provides men with all the rules they need to know in order to become a "bro" and behave properly among other bros. Dating back to the American Revolution, THE BRO CODE has never been published before. Few know of its existence, and the code, until now, has been verbally communicated between those in the 'bro'. Containing approximately 150 "unspoken" rules, this code of conduct for bros can range from the simple (bros before hos) to the complex (the hot-to-crazy ratio, complete with bar graphs and charts). With helpful sidebros THE BRO CODE will help any ordinary guy become the best bro he can be. Let ultimate bro and co-author Barney Stinson and his book, THE BRO CODE share their wisdom, lest you be caught making eye contact in a devil's three-way (two dudes, duh.) Sample Articles from THE BRO CODE: Article 1: Regardless of veracity, a Bro never admits familiarity with a Broadway show or musical. Article 53: A Bro will, whenever possible, provide his Bro with prophylactic protection.Article 57: A Bro may not speculate on the expected Bro / chick ratio of a party or venue without first disclosing the present-time observed ratio. Article 77: A Bro Never Cries.

Harris has made his mark in film, television and on the stage. While perhaps best known for his portrayal of the prodigy on ABC's long running hit series "Doogie Howser, M.D.," he also received rave reviews for his dramatic work in the telefilms "A Family Torn Apart" and "Snowbound."