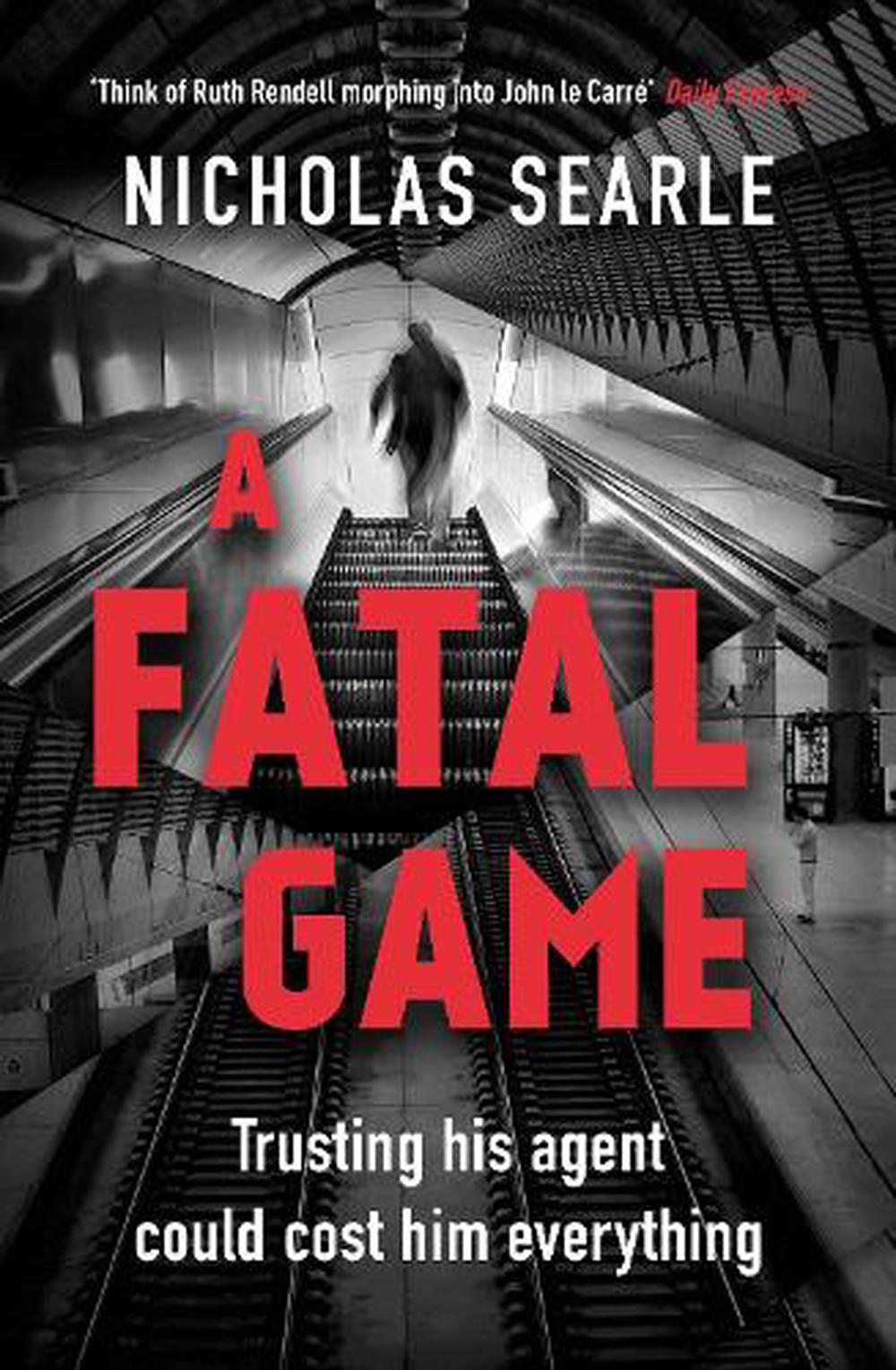 A terrorist attack has just hit a busy railway station. Jake Winter was the British intelligence officer in charge of stopping the attack and now his career, and his conscience, are in free fall . . .

Jake's next anti-terror operation has to be a success. He has got himself a new source - a young British Asian man, Rashid, recently returned, apparently disillusioned, from battle, who he hopes is the key to foiling the next attack and to getting him to the leader of the network. But is Rashid really working for British intelligence, or has Jake put his faith in the wrong man once again?

A Fatal Game is the story of an organisation, and a single man, in a state of panic. And panic is the last thing you need when you're playing a game like this . . .

Nicholas Searle is the author of three novels. His first novel,The Good Liar, was a Sunday Times bestseller and was shortlisted for the CWA John Creasey New Blood Dagger for the best debut crime novel. Before becoming a writer, he enjoyed a long and successful public service career in intelligence and security. He lives in Yorkshire.

'It reminded me strongly of John le Carre ... this is high praise' Daily Mail on 'A Traitor in the Family' Unbearably tense Telegraph on 'A Traitor in the Family' All the ingredients are in this book...You're in safe hands with Searle's elegant writing The Times on 'The Good Liar' This is set to be one of the books of the year that will get everyone talking ... you will have your socks knocked, nay, blown off Stylist on 'The Good Liar' An assured thriller debut in the footsteps of le Carre, Highsmith and Rendell Guardian on 'The Good Liar' Former intelligence officer turned crime writer Searle is stepping into the gap left by John le Carre with his elegantly slippery novels that combine a pulse-raising plot with a broader interest in what it means to deceive . . . raises interesting questions about choice, motivation and the impossibility of ever truly knowing another Metro A spy thriller with extra authority Jonathan Freedland, Guardian A thought-provoking read that bursts with tension Financial Times Meticulously plotted, with wonderfully drawn characters and an elegant prose style that makes this every bit as compelling as Searle's stirring debut, The Good Liar Daily Mail 'Searle has fun with the office politics of the intelligence world, and is thoughtful about the ethics of espionage... it seems something akin to poetry can be the best medium for expressing the practicalities of the hard-nosed business of espionage. - The Telegraph, The 31 best thrillers and crime novels of 2019 so far