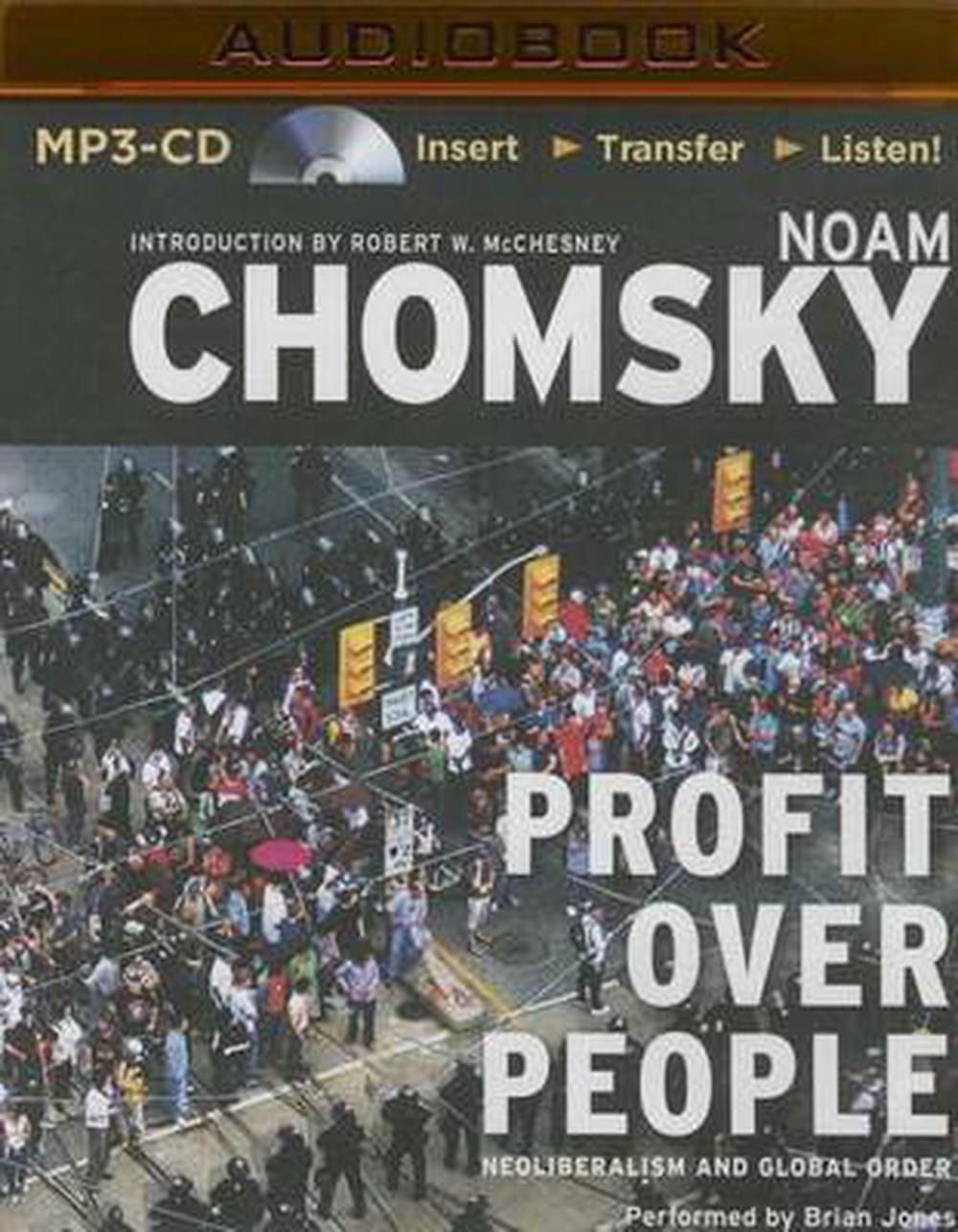 Why is the Atlantic slowly filling with crude petroleum, threatening a millions-of-years-old ecological balance? Why did traders at prominent banks take high-risk gambles with the money entrusted to them by hundreds of thousands of clients around the world, expanding and leveraging their investments to the point that failure led to a global financial crisis that left millions of people jobless and hundreds of cities economically devastated? Why would the world's most powerful military spend ten years fighting an enemy that presents no direct threat to secure resources for corporations? The culprit in all cases is neoliberal ideology--the belief in the supremacy of "free" markets to drive and govern human affairs. And in the years since the initial publication of Noam Chomsky's Profit Over People: Neoliberalism and Global Order , the bitter vines of neoliberalism have only twisted themselves further into the world economy, obliterating the public's voice in public affairs and substituting the bottom line in place of people's basic obligation to care for one another as ends in themselves. In Profit Over People , Chomsky reveals the roots of the present crisis, tracing the history of neoliberalism through an incisive analysis of free trade agreements of the 1990s, the World Trade Organization, and the International Monetary Fund--and describes the movements of resistance to the increasing interference by the private sector in global affairs. In the years since the initial publication of Profit Over People , the stakes have only risen. Now more than ever, Profit Over People is one of the key texts explaining how the crisis facing us operates--and how, through Chomsky's analysis of resistance, we may find an escape from the closing net.

Noam Chomsky, Professor of Linguistics at the Massachusetts Institute of Technology, is the author recently of "Hopes and Prospects" (2010) and "Power and Terror" (Paradigm 2011). His articles and books revolutionized the contemporary study of linguistics and his political writings are widely read and translated throughout the world. In 2003 a profile of Chomsky in the "New Yorker" described his influence as one of the most cited scholars in history.