ISBN: 9780141974996
ANNOTATION:
Behind our democracy lurks a powerful but unaccountable network of people who wield massive power and reap huge profits in the process. In this book, the author takes you on a journey into the heart of our Establishment, from the lobbies of Westminster to the newsrooms, boardrooms and trading rooms of Fleet Street and the City. 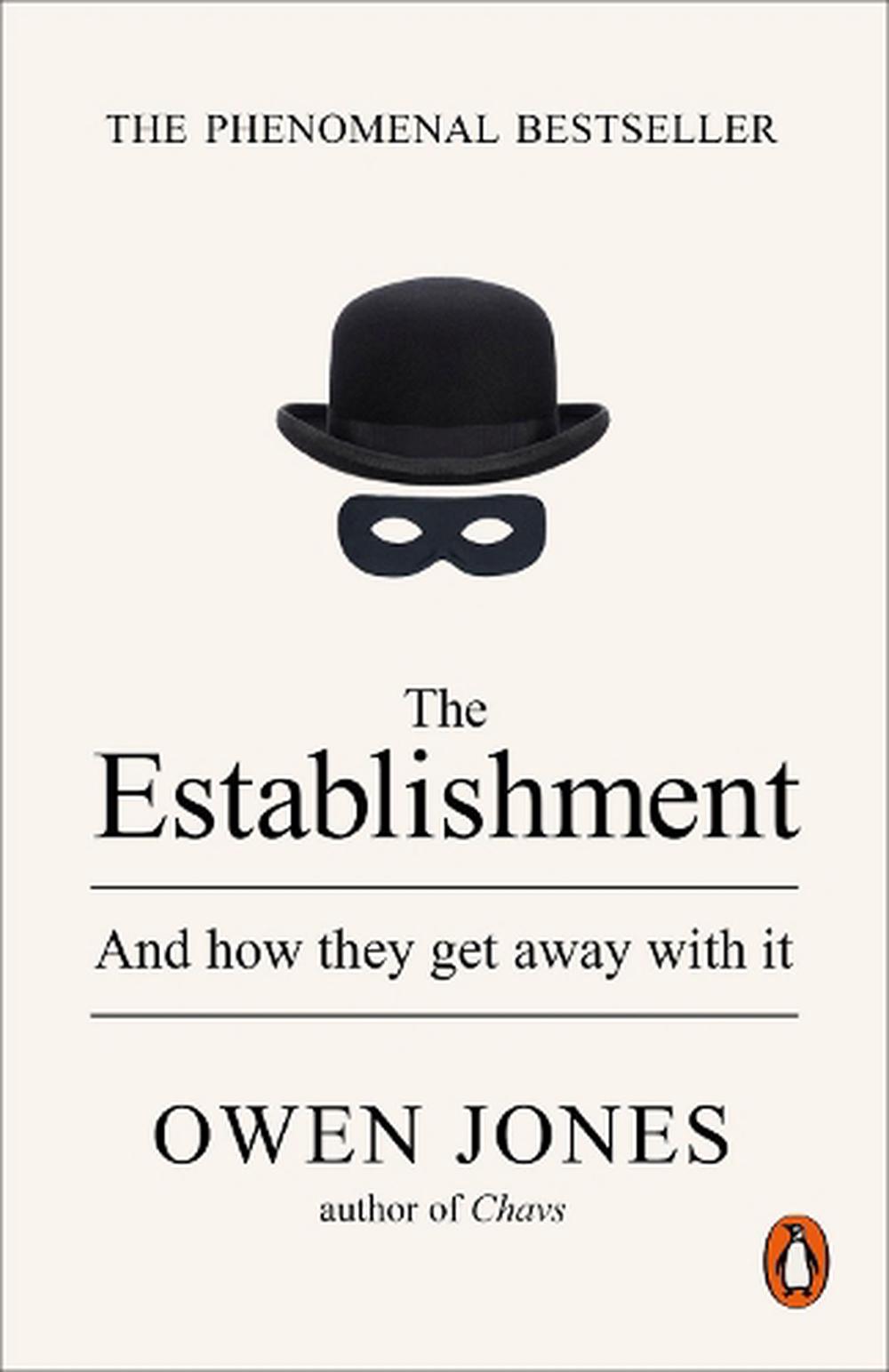 OTHER FORMATS:
ISBN: 9780141974996
ANNOTATION:
Behind our democracy lurks a powerful but unaccountable network of people who wield massive power and reap huge profits in the process. In this book, the author takes you on a journey into the heart of our Establishment, from the lobbies of Westminster to the newsrooms, boardrooms and trading rooms of Fleet Street and the City.

Behind our democracy lurks a powerful but unaccountable network of people who wield massive power and reap huge profits in the process. In this book, the author takes you on a journey into the heart of our Establishment, from the lobbies of Westminster to the newsrooms, boardrooms and trading rooms of Fleet Street and the City.

The question of who really rules us, and what they are up to, matters more than ever. Journeying into the shadowy and labyrinthine system that dominates our lives, from the lobbies of Westminster to the towering corporate headquarters of the City, Owen Jones reveals how today's Establishment is bound together by a common mentality, a set of ideas that helps it rationalise and justify an amassing of wealth and power that has no precedent in modern times. The people at the top, Jones shows, represent the biggest threat to our democracy - and it is time they were challenged. 'Fantastic, timely, eye-opening.' Armando Iannucci 'Captures a collective sense of anger and awakening.' Matt Haig, Observer, Books of the Year 'A book of revelations . . . The Establishment have stitched it up - stitched you up - and they know it.' Danny Dorling, Times Higher Education Supplement 'A dissection of the profoundly and sickeningly corrupt state that is present-day Britain. He is a fine writer, and this is a truly necessary book.' Philip Pullman 'You will be enlightened and angry.' Irvine Welsh 'Owen Jones is a phenomenon of our times.' David Kynaston, The Times Literary Supplement 'Our generation's Orwell.' Russell Brand

Owen Jones was born in Sheffield, grew up in Stockport and studied history at Oxford. His first book, the international bestseller Chavs, was long-listed for the Guardian First Book Award and chosen as one of the New York Times top 10 non-fiction books of 2011. In 2013 he won Young Writer of the Year at the Political Book Awards. His second book is the bestselling The Establishment: and How They Get Away With It, an expose of Britain's powerful elites. He is a columnist for the Guardian and a frequent broadcaster.

Owen Jones is a phenomenon of our times ... He asks some familiar questions, but with a compelling urgency ... he is systematically interested in the underlying mentality, and not just the behaviour, of his subjects, giving his study a refreshing and crucial extra dimension Times Literary Supplement In many respects, Owen Jones is the best thing to happen to the non-compromised, non-New Labour left in the mainstream media in decades ... On the post-1979 'establishment' Jones is very strong indeed -- Owen Hatherley London Review of Books The breadth of Jones' research is impressive ... the chapter on the recent history of ideas is fascinating ... the sections on corporate tax-avoidance, the lobbying industry and the sell-off of the NHS ought to have genuine British taxpayers spitting with rage. Jones ultimately sees his Establishment not as the guardians of British values but as a threat to them -- Richard Godwin Evening Standard An important book ... a systematic critique of the various political, corporate and economic institutions that seek to consolidate the interests of the few at the expense of the many ... Jones has the establishment clutching at their little golden straws ... It is not an easy road, Jones argues, but if we show strength and solidarity - perhaps adding a little common sense - we can reinstate true democracy and thus prioritize the needs of the many Huffington Post A book of revelations... The last time the British Establishment was so intertwined, so arrogant and so powerful was a century ago, and the last democratic revolution that redistributed wealth took a lifetime to play out -- Danny Dorling Times Higher Education A passionate account of political and economic injustice Observer Powerful . . . The book's great strength lies in the simple power of accumulation. Again and again, Jones connects the dots in parallel lines, so that the single examples that might in themselves be dismissed as circumstantial or overblown become more or less unanswerable . . . He is a writer of real rhetorical force Independent Thorough and admirably vivid ... he is excellent on how the state has become a creature of capital, controlled by the corporate sector. As Jones shows, British capitalism is highly dependent on state largesse and rich corporations are the biggest scroungers of all New Statesman Owen Jones displays a powerful combination of cool analysis and fiery anger in this dissection of the profoundly and sickeningly corrupt state that is present-day Britain. He is a fine writer, and this is a truly necessary book -- Philip Pullman This is the most important book on the real politics of the UK in my lifetime, and the only one you will ever need to read. You will be enlightened and angry -- Irvine Welsh Owen Jones may have the face of a baby and the voice of George Formby but he is our generation's Orwell and we must cherish him -- Russell Brand I am delighted to see social class storm its way back into our contemporary history: Owen Jones's The Establishment offers a well-documented as well as searing critique of the groupthink that binds together our rulers -- David Kynaston Guardian Books of the Year I'll never look at UK class politics in the same way after Owen Jones's bracing and principled The Establishment -- Naomi Klein Guardian Books of the Year An eye-opening state-of-the-nation book. -- Armando Iannucci New Statesman Books of the Year