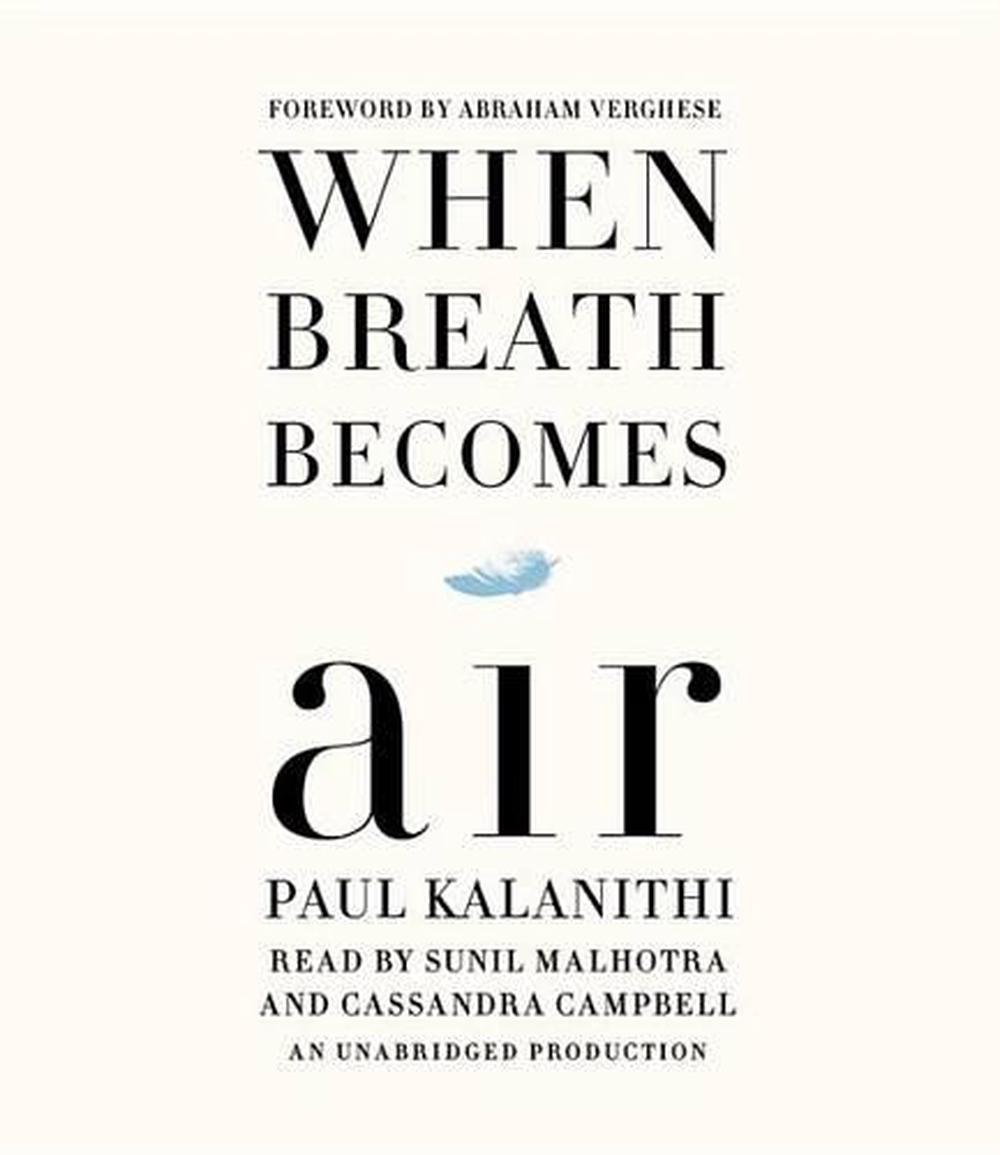 1 NEW YORK TIMES BESTSELLER PULITZER PRIZE FINALIST T his inspiring, exquisitely observed memoir finds hope and beauty in the face of insurmountable odds as an idealistic young neurosurgeon attempts to answer the question What makes a life worth living? NAMED ONE OF PASTE 'S BEST MEMOIRS OF THE DECADE NAMED ONE OF THE BEST BOOKS OF THE YEAR BY The New York Times Book Review People NPR The Washington Post Slate Harper's Bazaar Time Out New York Publishers Weekly * BookPage Finalist for the PEN Center USA Literary Award in Creative Nonfiction and the Books for a Better Life Award in Inspirational Memoir At the age of thirty-six, on the verge of completing a decade's worth of training as a neurosurgeon, Paul Kalanithi was diagnosed with stage IV lung cancer. One day he was a doctor treating the dying, and the next he was a patient struggling to live. And just like that, the future he and his wife had imagined evaporated. When Breath Becomes Air chronicles Kalanithi's transformation from a na

Paul Kalanithi was a neurosurgeon and writer. He grew up in Kingman, Arizona, and graduated from Stanford University with a BA and MA in English literature and a BA in human biology. He earned an MPhil in history and philosophy of science and medicine from the University of Cambridge and graduated cum laude from the Yale School of Medicine, where he was inducted into the Alpha Omega Alpha national medical honor society. He returned to Stanford to complete his residency training in neurological surgery and a postdoctoral fellowship in neuroscience, during which he received the American Academy of Neurological Surgery's highest award for research. He died in March 2015. He is survived by his large, loving family, including his wife, Lucy, and their daughter, Elizabeth Acadia.

"I guarantee that finishing this book and then forgetting about it is simply not an option. . . . Part of this book''s tremendous impact comes from the obvious fact that its author was such a brilliant polymath. And part comes from the way he conveys what happened to him--passionately working and striving, deferring gratification, waiting to live, learning to die--so well. None of it is maudlin. Nothing is exaggerated. As he wrote to a friend: ''It''s just tragic enough and just imaginable enough.'' And just important enough to be unmissable." --Janet Maslin, The New York Times

Part I In Perfect Health I Begin The hand of the Lord was upon me, and carried me out in the spirit of the Lord, and set me down in the midst of the valley which was full of bones, And caused me to pass by them round about: and, behold, there were very many in the open valley; and, lo, they were very dry. And he said unto me, Son of man, can these bones live? --