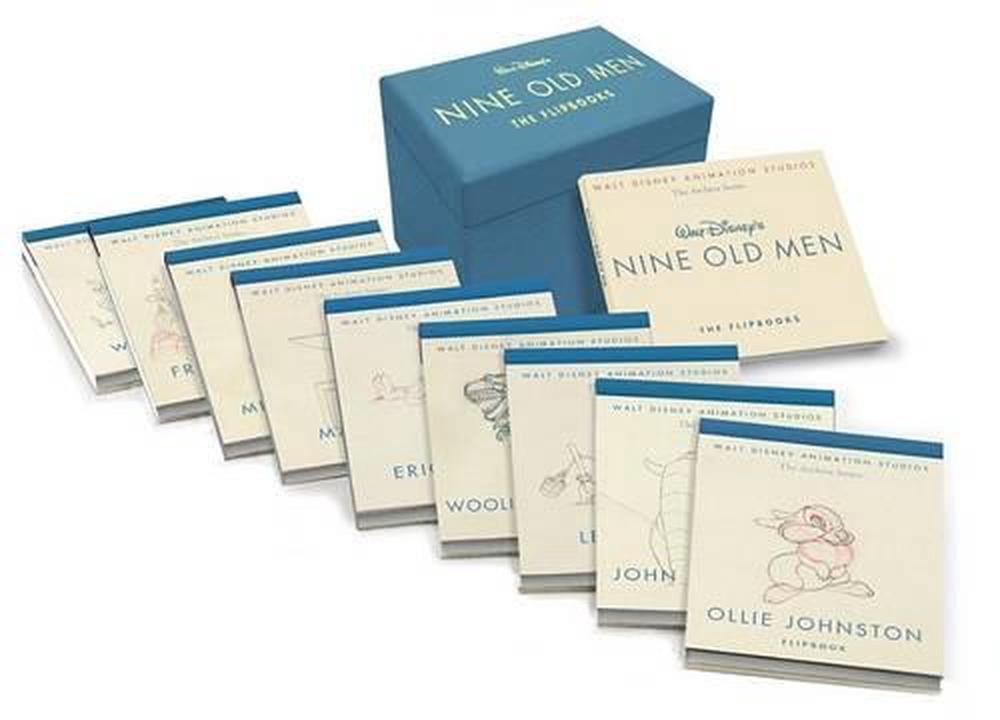 This box set of nine flip books pays tribute to Walt Disney's original animators--the Nine Old Men: Les Clark, Eric Larson, Frank Thomas, John Lounsbery, Ward Kimball, Ollie Johnston, Mark Davis, Wolfgang Reitherman, and Milt Kahl. Each flip book features an iconic scene from an animated Disney feature in its original line-drawn form, having been selected from among a wide range of films for great movement and classic characters. The films include Alice In Wonderland, Dumbo, Fantasia, Peter Pan, Bambi, Lady and the Tramp, 101 Dalmatians, and Pinocchio. Such iconic clips from the reel of Disney animation history include: Lady and the Tramp's moonlit spaghetti dinner; Sorcerer Mickey's ordeal with a horde of mops; and Thumper's announcement that a prince has been born! In addition to the flip books, the box will contain a booklet providing additional information about the artists.

Docter has been with Pixar Animation Studios since 1990.