PUBLISHED: 31st May 2008
ISBN: 9780061252662
ANNOTATION:
The essential desk reference for every manager, this edition has been completely revised and updated for the first time in the three decades since its initial publication. 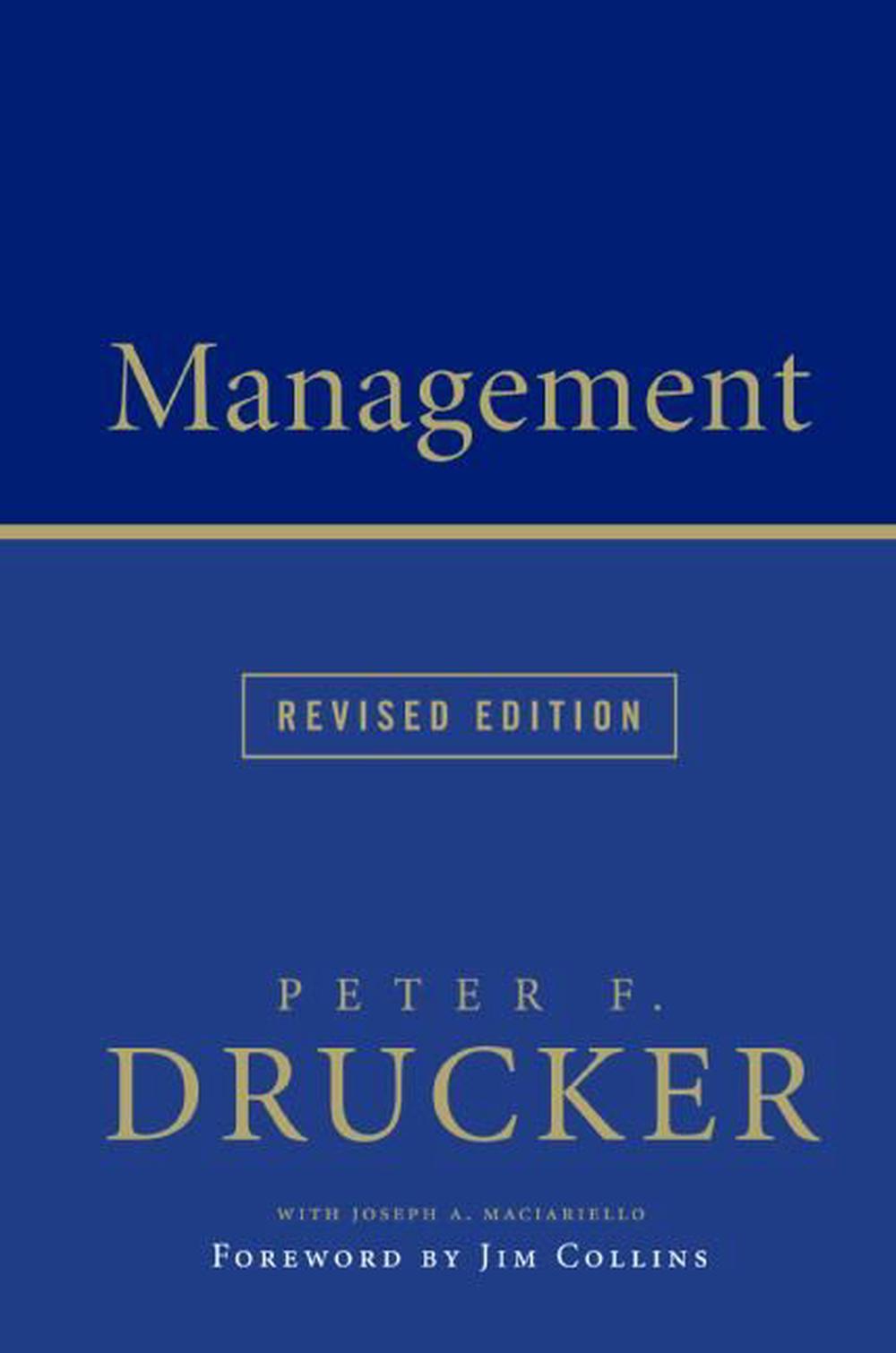 OTHER FORMATS:
PUBLISHED: 31st May 2008
ISBN: 9780061252662
ANNOTATION:
The essential desk reference for every manager, this edition has been completely revised and updated for the first time in the three decades since its initial publication.

The essential desk reference for every manager, this edition has been completely revised and updated for the first time in the three decades since its initial publication.

Now completely revised and updated for the first time

Peter F. Drucker is considered the most influential mana

Peter F. Drucker is considered the most influential mana

There are very few writers of whom one can say they invented an entire field of study: Peter F. Drucker is one. "Management" as a concept literally did not exist until Drucker's groundbreaking work. From Jim Collins to Jack Welch, every great theorist and practitioner of management has walked in Drucker's footsteps.And in 1974, with MANAGEMENT, he published the book that would come to define the field. In this seminal work, Drucker explored how managers--in the for-profit and public service sectors alike--can perform effectively. Examining management cases with a global eye, Drucker laid out the essentials of performance, and of how a manager interacts with their organization and the social and cultural environment in which they operate. For three decades, managers and students of business worldwide have relied on Peter Drucker to prepare themselves to meet the challenges of an ever-changing business environment. The result is a book that--while still a fundamental work--has also slipped substantially behind the current business climate.Now Joseph Maciariello, Professor of Management at Claremont University's Peter F. Drucker and Masatoshi Ito Graduate School of Management and one of Drucker's foremost students and protégés, has exhaustively revised and updated this book to meet the needs of the modern-day manager. Almost every page contains new and reworked material that reflects the thirty years of Drucker's thinking and writing that postdated the original edition. Business examples that have now gone out of date have been reworked; commentary to explore and explain Drucker's thinking and its applications has been added throughout. MANAGEMENT is ready at last to enter the twenty-first century and continue its reign as the must-read text for every serious student of the field.

He was a man who persistently stayed ahead of his time. As begetter of the science of management he towered above the imitators he spawned. Guardian PETER DRUCKER was a doyen of management theory whose influence spanned eight decades. Times