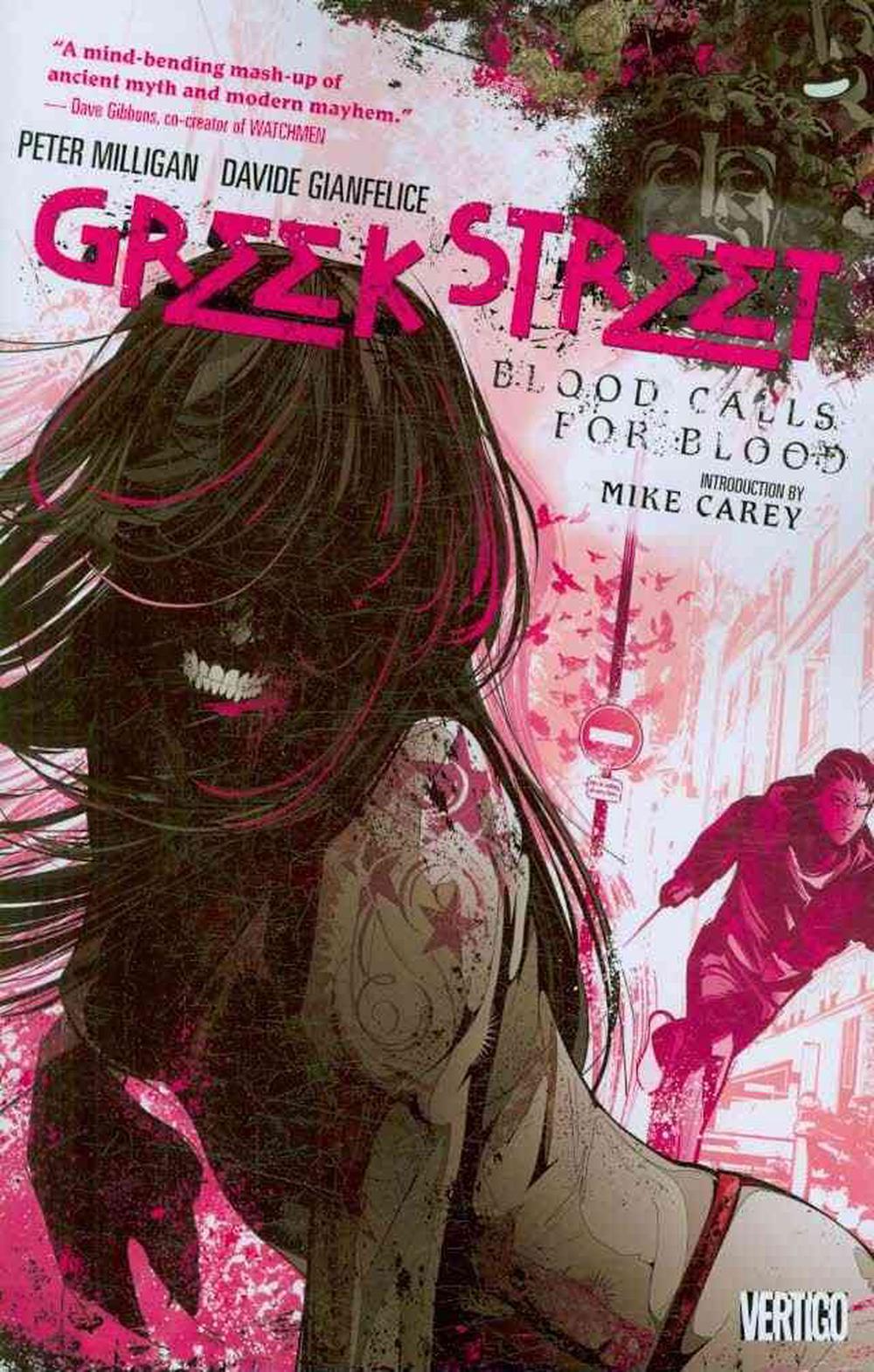 Advance-solicited On sale March 10 144 pg, FC, $9.99 US MATURE READERS Written by Peter Milligan Art by Davide Gianfelice * Cover by KAKO "A reminder that some stories are too true and too dangerous to ever die...crackles with Promethean fire." - Grant Morrison Boasting a "Greek Chorus" of sexy strippers, vengeful gangsters, a murderous youth and a disturbed clairvoyant teenaged girl, GREEK STREET is Peter Milligan's reimagining of the brutal and visceral tragedies of Ancient Greece played out on the mean streets of modern-day London. This first paperback collects issues #1-5 of the provocative new series.

Peter Milligan is one of "2000 AD"'s most prolific story creators, and has now, of course, graduated to much wider comics fame. As well as co-creating "Hewligan's Haircut" with Jamie Hewlett, Milligan created the classic future war story "Bad Company", in addition to creating "Freaks", " Shadows", " Sooner or Later", "The Dead" and"Tribal Memories". He also contributed several short stories and "Future Shocks", and has written "Judge Dredd "and "Rogue Trooper" stories. His work outside the Galaxy's Greatest Comic has received enormous critical and fan acclaim; notably Vertigo's existentialist