ISBN: 9781447275268
ANNOTATION:
A first-hand account one of the defining outrages of modern history 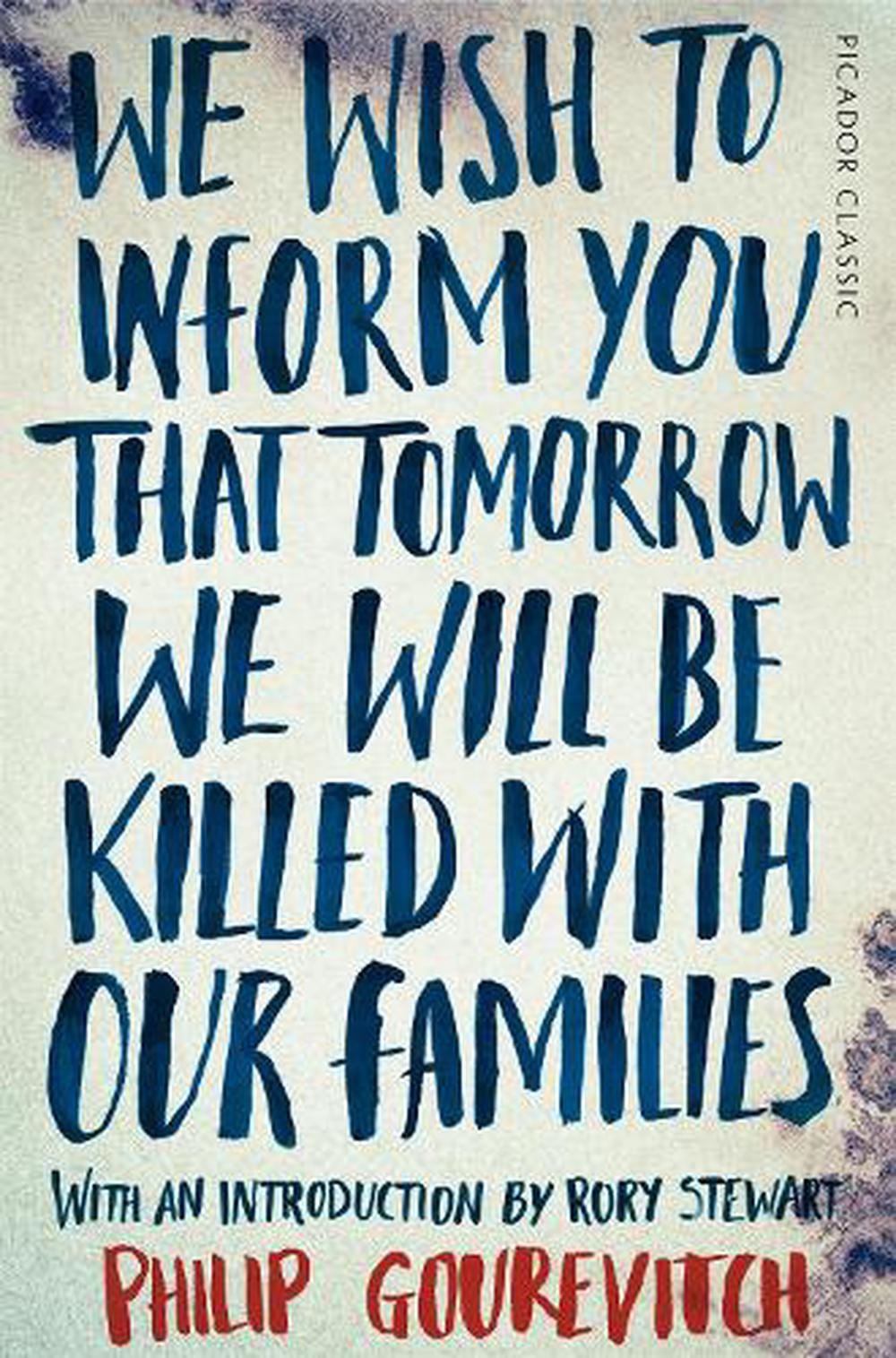 OTHER FORMATS:
ISBN: 9781447275268
ANNOTATION:
A first-hand account one of the defining outrages of modern history

In 1994, the Rwandan government orchestrated a campaign of extermination, in which everyone in the Hutu majority was called upon to murder everyone in the Tutsi minority. Close to a million people were slaughtered in a hundred days, and the rest of the world did nothing to stop it. A year later, Philip Gourevitch went to Rwanda to investigate the most unambiguous genocide since Hitler's war against the Jews.

Hailed by the Guardian as one of the hundred greatest nonfiction books of all time, We Wish To Inform You That Tomorrow We Will Be Killed With Our Families is a first-hand account one of the defining outrages of modern history, an unforgettable anatomy of Rwanda's decimation. As riveting as it is moving, it is a profound reckoning with humanity's betrayal and its perseverance.

Philip Gourevitch is the author of We Wish To Inform You That Tomorrow We Will Be Killed With Our Families. He is a staff writer for the New Yorker and editor of the Paris Review.

I know few books, fiction or non-fiction, as compelling as Philip Gourevitch's account of the Rwandan genocide -- Sebastian Junger, author of THE PERFECT STORM Like the greatest war reporters, Philip Gourevitch raises the human banner in hell's mouth . . . This volume establishes him as the peer of Michael Herr, there is no limit to what we may expect from him -- Robert Stone Magnificent, terrifying . . . Gourevitch's account is factual, unemotional - and utterly gut-wrenching . . . The great achievement of his book is that it allows us to imagine this unimaginable crime . . . and those who stood by, human beings all Irish Times A sparkling jewel that shone no matter what angle you looked at it from -- Amanda Foreman Gourevitch constructs a powerful indictment against international inaction . . . In his meticulous journalistic reconstruction he drives home the point that this is a history like any other . . . It is also a stark rebuttal of those who have tried to separate what happened in Nazi Germany and what happened in central Africa half a century later Observer Philip Gourevitch has written the book which is the key to these dramatic and terrifying events . . . Should be compulsory reading . . . for all UN officials involved in peace-keeping operations and humanitarian aid, from the Secretary General on down Guardian