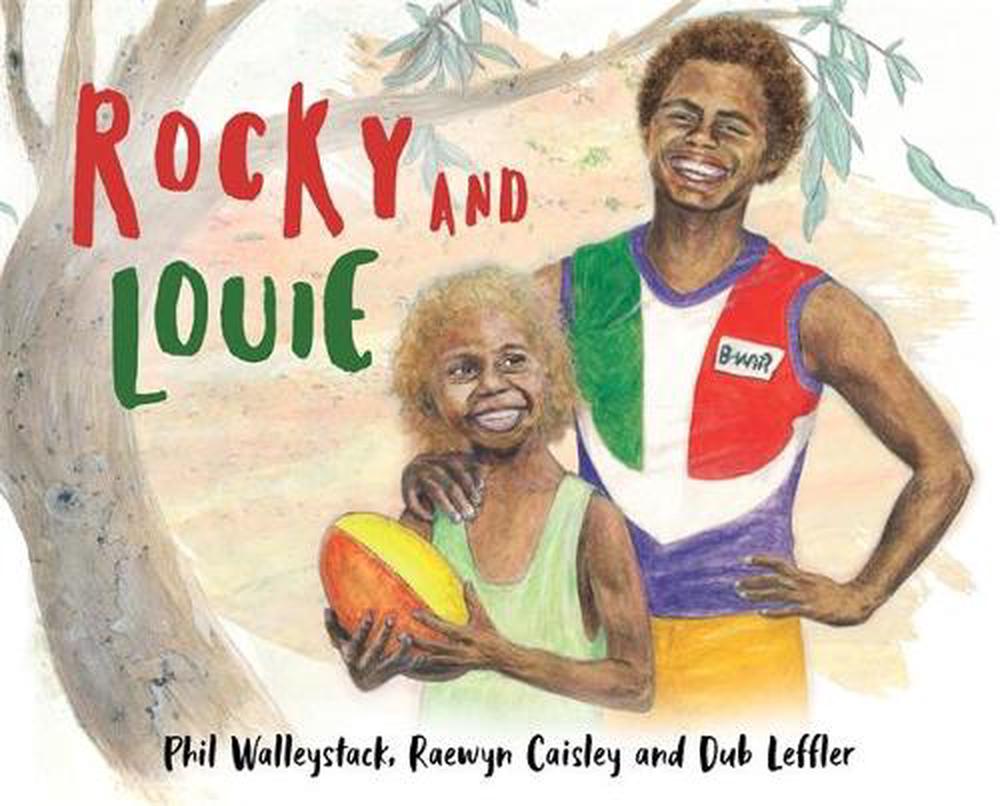 Louie's big brother, Rocky, has big dreams and wants to chase them. But Louie doesn't want him to forget where he belongs . . .

A heartfelt story about the bond between two brothers and their special connection to country. Illustrated by CBCA award-winning picture-book creator Dub Leffler, and written by acclaimed singer/storyteller Phil Walleystack and award-winning children's author Raewyn Caisley.

Phil Walleystack is a singer-songwriter, musician, writer, entrepreneur and ambassador for Aboriginal arts in Western Australia. For the past decade Phil has been performing across the globe in the USA, Middle East, Germany, France, China, Indonesia and Malaysia. Phil is also a presenter and cultural advisor for the popular NITV series Aussie Bush Tales and a broadcaster at 100.9fm Noongar Radio for the national radio program, Indigenous Beats, promoting Aboriginal music and artists. Phil was raised in country Western Australia, where he was taught traditional songs and dance and how to survive in the bush by his elders. He is passionate about promoting reconciliation and diversity through sharing stories of Noongar culture and celebrating differences between cultures. Raewyn Caisley was born in New Zealand but has lived in Australia for the past twenty years, in Fremantle, WA, with her husband Terry and their son Jack. Raewyn is the author of books for younger readers that include bestselling Aussie Bites and Nibbles titles, and the picture books Hello From Nowhere and Something Wonderful. Hello From Nowhere won the 2015 SCBWI Crystal Kite Award for Australia and New Zealand, was shortlisted for the 2016 Adelaide Festival Awards and the WA Young Readers Book Award, and was a CBCA Notable Book in 2015. Something Wonderful won the 2016 Speech Pathology Australia Book of the Year Award, and was a 2017 CBCA Notable Book. Dub Leffler is descended from the Bigambul people of south-west Queensland. He began his visual arts career as an animator and has worked as a muralist and art teacher and collaborated with internationally recognised illustrators such as Colin Thompson, Shaun Tan and Banksy. He has illustrated twenty-three books for children, including Sorry Day, by Coral Vass, which won the 2019 CBCA Eve Pownall Award for Information Books, and Black Cockatoo, by Carl Merrison and Hakea Hustler, which was a 2019 CBCA Honour Book. He is also the author-illustrator of the acclaimed picture book, Once there was a boy. He travels around Australia and the world helping children make illustrations of their own.

A heartfelt story about the bond between two brothers and their special connection to country. Illustrated by CBCA award-winning picture-book creator Dub Leffler, and written by acclaimed singer/storyteller Phil Walleystack and award-winning children's author Raewyn Caisley.