How to Draw Sci-Fi Utopias and Dystopias: Create the Futuristic Humans, Aliens, Robots, Vehicles, and Cities of Your Dreams and Nightmares 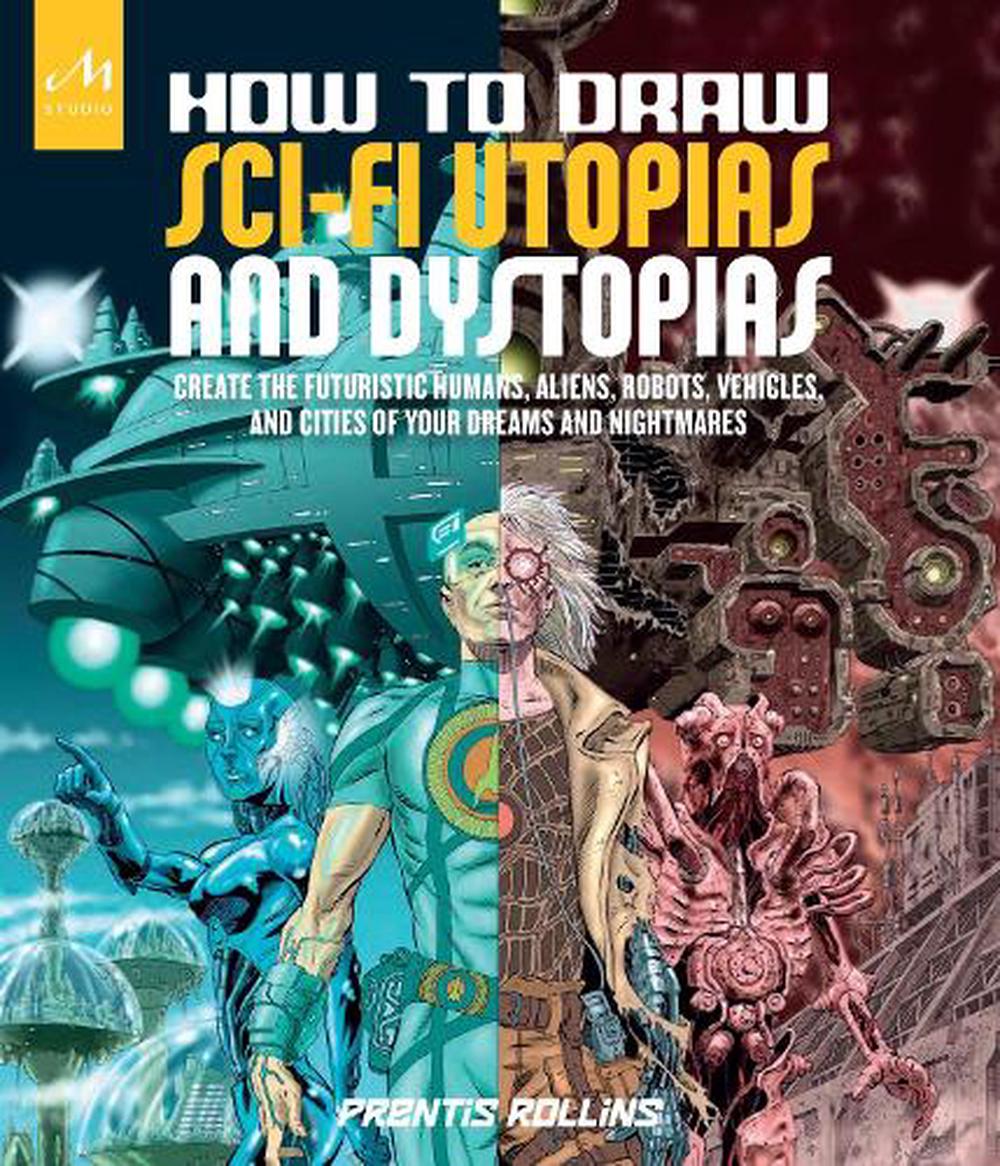 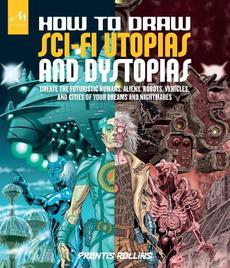 The far future is going to be very good, or very bad-depending on which science fiction creator you ask. Visions of the future in speculative sci-fi have almost always fallen somewhere along a visual/conceptual spectrum, ranging from the extremely hopeful at one end to the extremely dire at the other. Star Trek presents us with a 23rd century in which poverty, warfare, and ignorance have all been virtually eradicated, and in which mankind is united in the exploration and peaceful colonization of the furthest regions of the galaxy. The Matrix trilogy presents us with a 22nd century in which most of humanity is enslaved by machines that rule the Earth's ravaged surface, and in which the few not so enslaved endure a hideously impoverished existence deep underground. In all of pop culture-in literature, film, and comics-this pattern is evident, with visions of tomorrow falling somewhere on this scale of optimism versus pessimism. And in recent years, science fiction films and other productions with utopian/dystopian elements have been appearing at a feverish pace-think of The Hunger Games series, the Divergent series, The Walking Dead, Elysium, and the revived Star Trek and Star Wars films. All of this reflects a deep psychological need, which is universal and perennial. Conjuring visions of the future-both the beautiful and the horrifying varieties-is one of the ways in which we unify our understanding of the present, and come either to accept it or demand that it be changed. And our individual temperaments are our biggest (and always unspoken) premises in how we envision the future.

Prentis Rollins has been a professional comic-book artist and graphic novel artist for more than ten years. His projects have included Junior League of America and X-Man, as well as the animated portion of the hit musical Avenue Q on Broadway. He lives in New York City.

"For all those clear-eyed artists, ages 12 and up, engaging in and reimagining this world, How to Draw Sci-Fi Utopias and Dystopias gives an in-depth look at the process of completing sci-fi illustrations--from the thought behind them to constructing basic forms and objects on paper, converting roughs into finished pencil drawings, inking them in, and coloring them in Photoshop. Prentis Rollins teaches that the only way to create authenticity in a science fictional world is to root the imagined in the real, becoming the sole authority on its narrative and rationales. He demonstrates the astounding power of storytelling with 32 step-by-step case studies created and imagined just for this book." --Thinking Animation

"For all those clear-eyed artists, ages 12 and up, engaging in and reimagining this world,

DC artist Prentis Rollins shows readers how to conceptualize, draw, colorize, and digitally enhance and finish dozens of sci-fi characters, settings, and scenarios with a comprehensive, step-by-step approach to the entire process. His distinctive and varied styles, coupled with clear instruction, give artists of all levels the inspiration and techniques they need to create the future worlds of their dreams and nightmares whether for fun, graphic novels, comics, video games, movie shorts, etc.