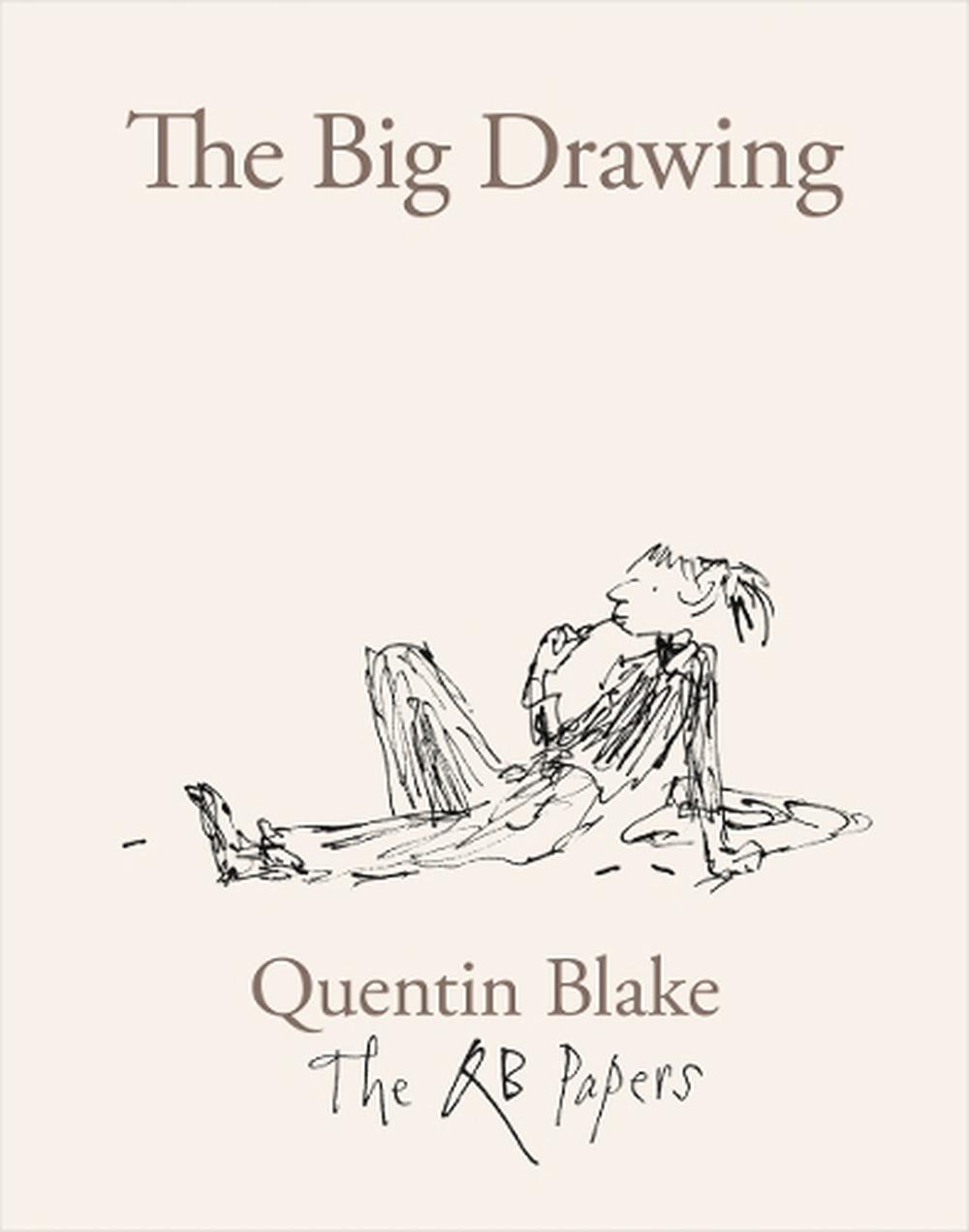 These are fairly naturalistic "observed" drawings, though of course they are not drawn from life. Once again it is a range of gestures and expressions, the way the works on and reacts to the big drawing which we never see.

In recent years I have found myself working increasingly in sequences of drawings which explore subjects and techniques which interest me.

These sequences are the origins of the QB Papers; they vary in approach and tone, and between reality and fantasy. But I hope that in each of them in its own way will appeal to anyone who likes looking at drawings.' - Quentin Blake

Quentin Blake was born in Sidcup on the outskirts of London in 1932. He had his first drawing published in the magazine Punch exactly sixty years ago, and hehas been drawing ever since. He took a degree in English Literature at Cambridge before going on to life classes at Chelsea School of Art. He taught at the Royal College of Art for twenty years and for several years was head of the Illustration Department. He has written and illustrated books of his own, and has collaborated with writers such as Michael Rosen, Russell Hoban and John Yeoman. He is probably best known for his having illustrated all the books for children by Roald Dahl.

He has also illustrated classic works such as A Christmas Carol, Don Quixote, and Candide.He has also produced many pictures for hospitals and other public spaces.

In 2013 he was knighted forhis services to illustrators, and in 2014 appointed a Chevalier of the Legion d'Honneur. He lives in London and Hastings.