Not Fade Away: A Memoir of Senses Lost and Found 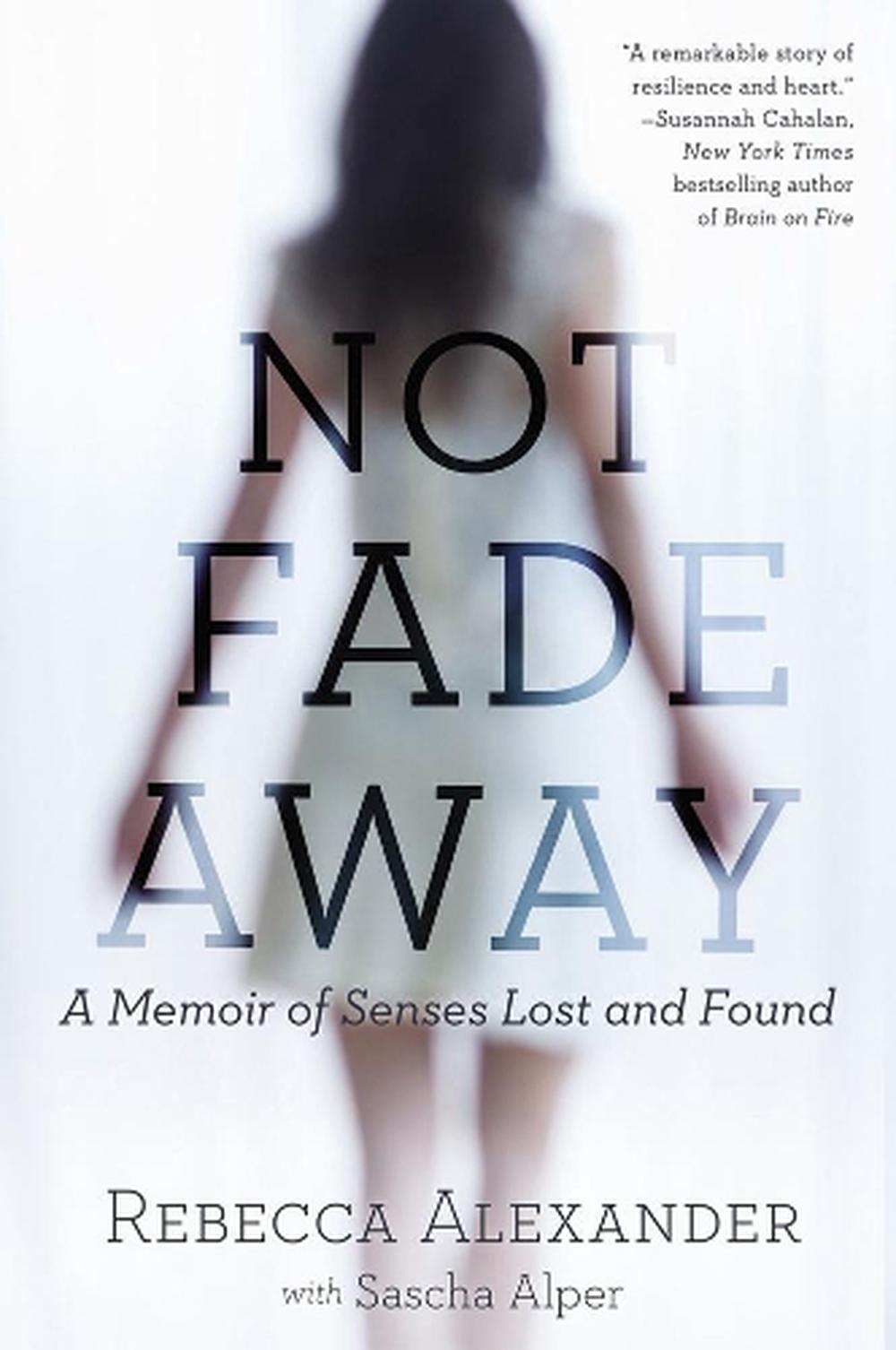 Born with a rare genetic mutation called Usher Syndrome Type III, Rebecca Alexander has been losing her sight and hearing since she was a child and was told that she would likely be completely blind and deaf by thirty. Now, at thirty-five, with only a sliver of sight and significantly deteriorated hearing, she is a psychotherapist with two masters' degrees. Not Fade Away shares Rebecca's extraordinary story; it is by turns harrowing, funny and inspiring.

Rebecca Alexander (Author) Rebecca fell in love with all things sorcery, magic and witchcraft as a teenager and has enjoyed reading and writing fantasy ever since. She wrote her first book aged nineteen, and since then has been runner up in the Mslexia novel writing competition and the Yeovil Literary Prize 2012.

Trained in psychology and education, and having researched magical thinking in adults for her MSc, Rebecca met some really interesting people in some very odd circumstances, which she could no longer resist writing down.

She lives in a haunted house by the sea with her second husband, four cats, three chickens and the occasional rook.

"A remarkable story of resilience and heart, Not Fade Away follows Rebecca Alexander as she must navigate the world cursed with a rare genetic disorder that will one day rob her of both sight and hearing. Bereft of self-pity, funny, and bursting with honesty, Not Fade Away will get its hooks in you. I promise that by the end of her story, you will fall just as in love with Rebecca as I have." --Susannah Cahalan, New York Times bestselling author of Brain on Fire "Her eyes and ears may be declining, but Rebecca's sense of self is sharply focused and profoundly tuned. By sharing her life, she has enriched mine and will yours, too. I love this woman." --Meredith Vieira

"There is a saying that goes--you never know how strong you are until being strong is the only choice you have. Rebecca Alexander's indomitable spirit spills out on to the pages of this incredible memoir. She will lift you up . . . the way she did for me." --Hoda Kotb, New York Times bestselling author of Ten Years Later and Hoda, and Emmy-award-winning anchor of the Today show

"An honest and eloquent look at life . . . Alexander emphasized the importance of embracing the here and now, of being present and grateful for the gift of life, in whatever shape it might take." --Kirkus Reviews

"Profoundly inspiring . . . [Rebecca's] ability to find so much to be grateful for after being dealt such an unfair hand challenges those of us with far fewer hardships to treat each day as a gift." --Publishers Weekly

"A remarkable story of resilience and heart,

Not Fade Away is both a memoir of the senses and a unique look at the obstacles we all face-physical, psychological, and philosophical-exploring the extraordinary powers of memory, love, and perseverance. It is a gripping story, an offering of hope and motivation, and an exquisite reminder to live each day to its fullest.