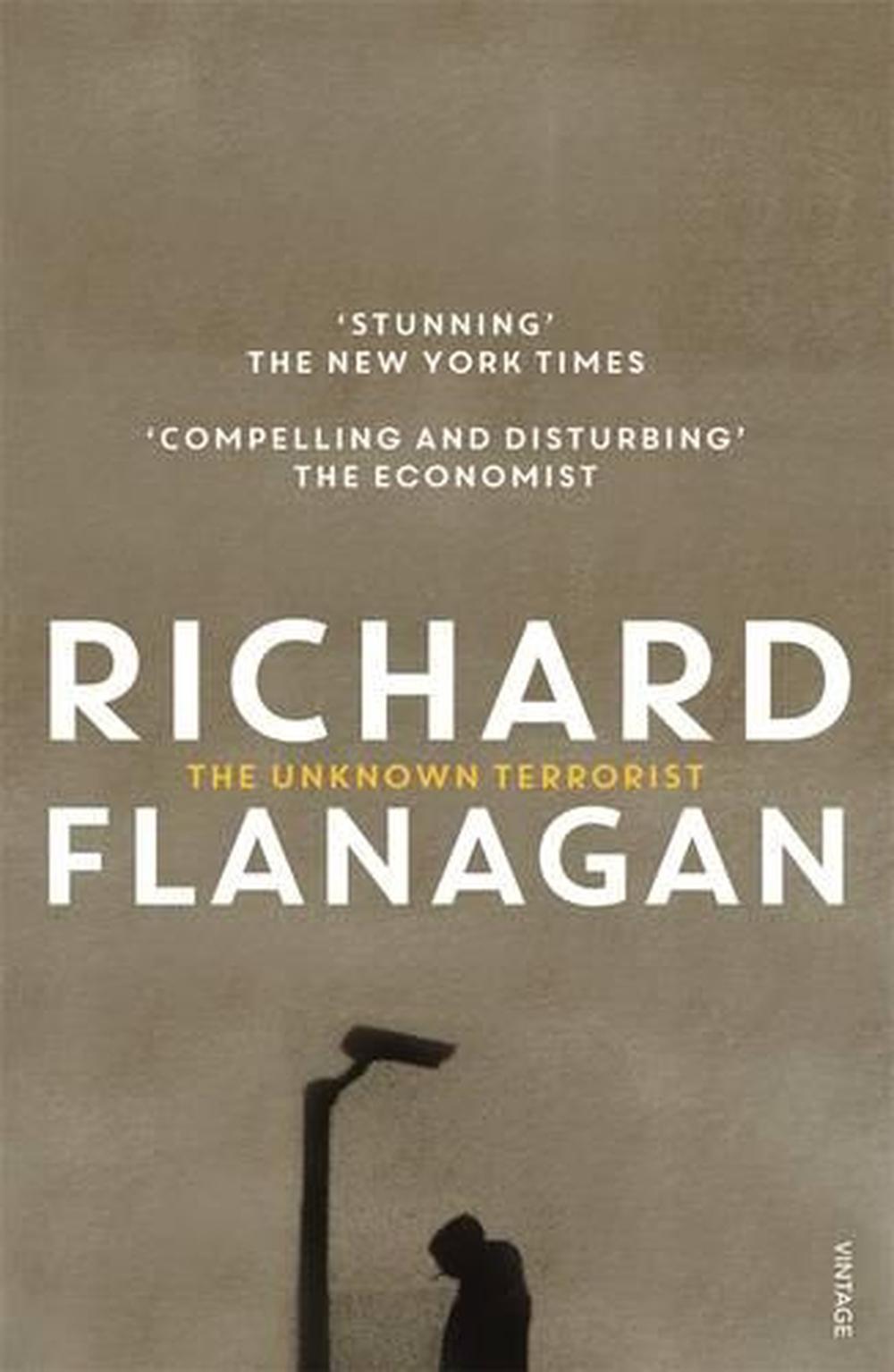 What would you do if you turned on the television and saw you were the most wanted terrorist in the country? Gina Davies is about to find out. After spending a night with an attractive stranger, she has become a prime suspect in the investigation of an attempted terrorist attack. When police find three unexploded bombs at a stadium and her enigmatic lover suddenly goes missing, Gina spends five days on the run and witnesses every truth of her life twisted into a betrayal. The Unknown Terrorist is a relentless tour de force that paints a devastating picture of a contemporary society gone haywire, where the ceaseless drumbeat of terror-alert levels, newsbreaks, and fear of the unknown pushes one woman ever closer to breaking point. This is an extraordinary achievement, chilling, impossible to put down, and all too familiar.

Richard Flanagan was born in Tasmania in 1961. Regarded internationally as one of Australia's best novelists, his multi-award-winning novels, Death of a River Guide, The Sound of One Hand Clapping, Gould's Book of Fish, The Unknown Terrorist, and Wanting have been published to popular success and critical acclaim in twenty-five countries. His most recent work is a collection of his non-fiction pieces, And What Do You Do, Mr Gable?. He lives in Hobart with his family.

" From the winner of the Man Booker Prize. What would you do if you turned on the television and saw you were the most wanted terrorist in the country? "