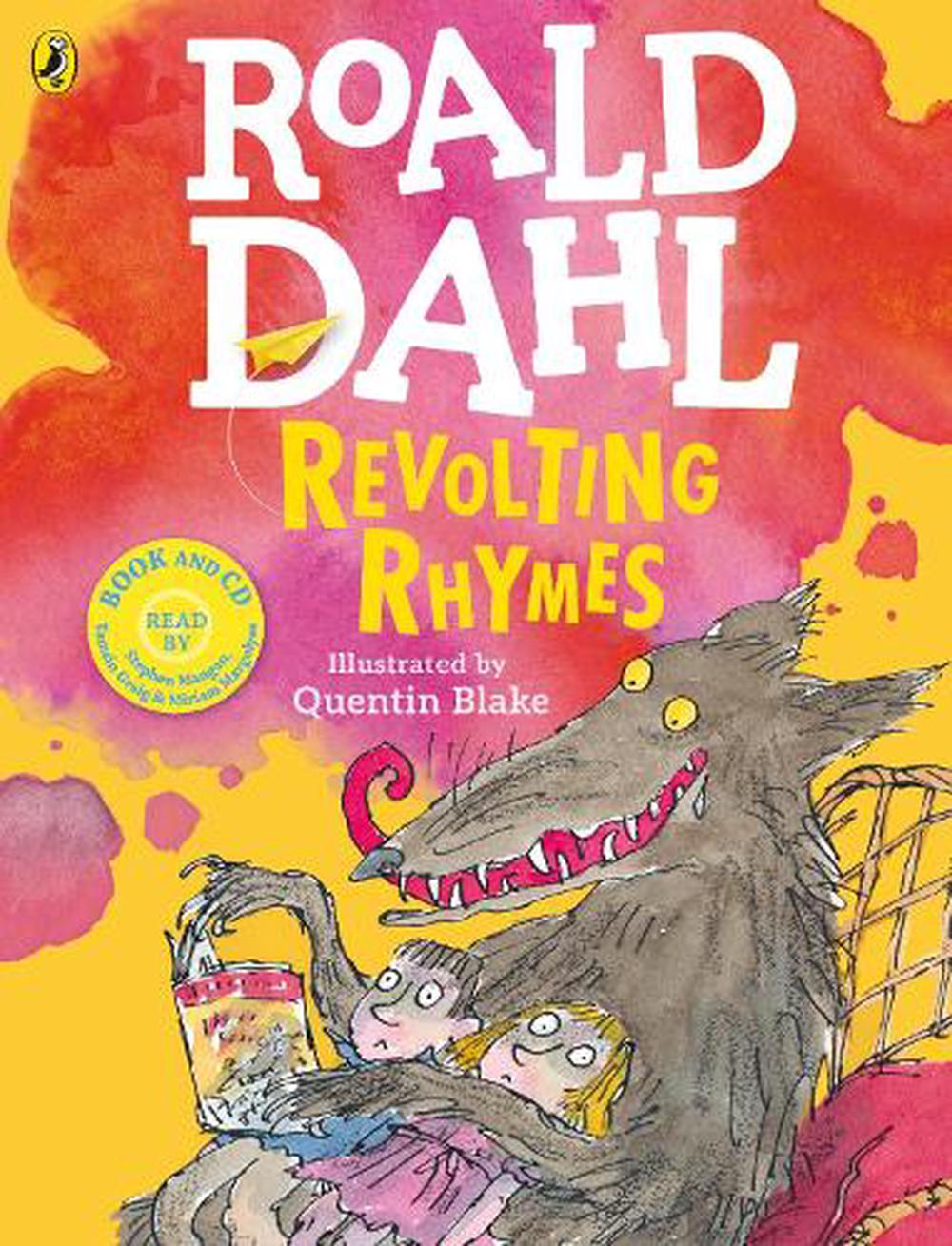 Roald Dahl's irreverent and hilarious collection, Revolting Rhymes. Read along and listen! This book is filled with revolting rhymes. (Be warned- It's no ordinary Once upon a time). There's poor Cindy whose heart was torn to shreds, because her Prince, he chops off heads! Snow White's dwarfs although awfully nice, are guilty of one shocking vice . . . And what becomes of Goldilocks, that nasty thieving little louse, when she goes sneaking around the three bear's house . . . Animated film for BBC1 based on the Revolting Rhymes by Magic Light Pictures, producers of the Oscar nominated The Gruffalo and Room On The Broom, scheduled for Christmas 2016, Roald Dahl's centenary year. Listen to REVOLTING RHYMES and other Roald Dahl audiobooks read by some very famous voices, including Kate Winslet, David Walliams and Steven Fry - plus there are added squelchy soundeffects from Pinewood Studios! Look out for new Roald Dahl apps in the App store and Google Play- including the disgusting TWIT OR MISS! inspired by the revolting Twits.

Roald Dahl (Author) sitting in a hut at the bottom of his garden, surrounded by odd bits and pieces such as a suitcase (used as a footrest), his own hipbone (which he'd had replaced) and a heavy ball of metal foil (made from years' worth of chocolate wrappers), Roald Dahl wrote some of the world's best-loved stories including Charlie and the Chocolate Factory, The Twits, The Witches, The BFG, Fantastic Mr Fox, James and the Giant Peach and lots more.

Quentin Blake (Illustrator) is one of Britain's most successful illustrators. He has illustrated nearly three hundred books and he was Roald Dahl's favourite illustrator. He has won many awards including the Whitbread Award and the Kate Greenaway Medal and taught for over twenty years at the Royal College of Art. In 1999 he became the first ever Children's Laureate and in 2013 he was knighted in the New Year's Honours.

This book is filled with revolting rhymes. (Be warned- It's no ordinary Once upon a time).