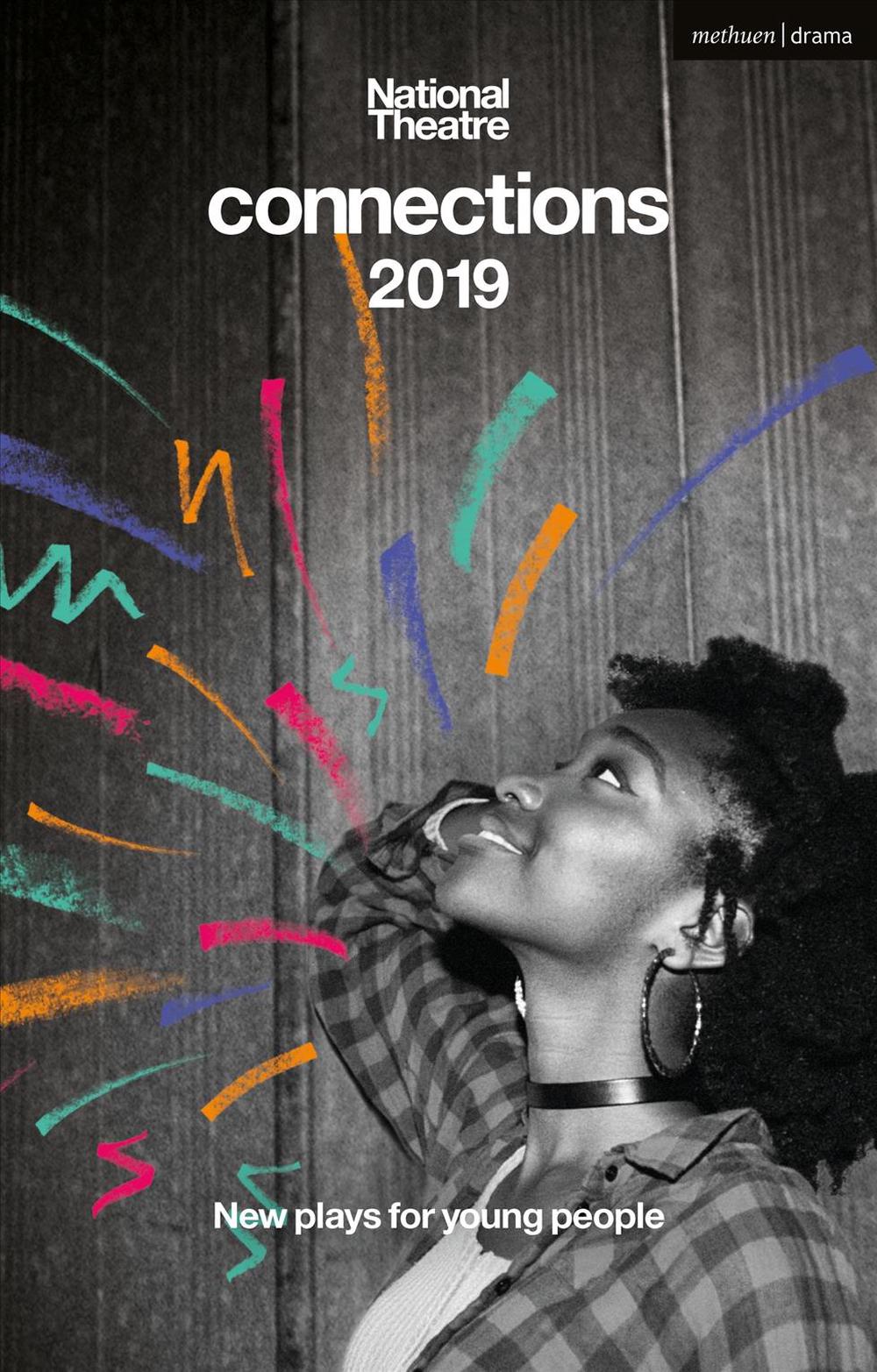 National Theatre Connections is an annual festival which brings new plays for young people to schools and youth theatres across the UK and Ireland. Commissioning exciting work from leading playwrights, the festival exposes actors aged 13-19 to the world of professional theatre-making, giving them full control of a theatrical production - from costume and set design to stage management and marketing campaigns. NT Connections have published over 150 original plays and regularly works with 500 theatre companies and 10,000 young people each year.

This anthology brings together 10 new plays by some of the UK's most prolific and current writers and artists alongside notes on each of the texts exploring performance for schools and youth groups.

Salt Life is never plain sailing, but when a new government initiative comes into place offering young people the chance to train and learn skills overseas, droves of teens jump at the chance to secure their future. Once on board the transport ship, the promises of the glossy advert seem a far cry from what lies ahead. A play about generations, choices and hope.

Class It's school election time and while most of the school is busy enjoying their lunch break, a deadlock is taking place amongst the members of the school council. Bitter rivalries, secret alliances and false promises are laid bare. As a ruthless battle ensues, who will win and does anyone really care? A play about politics, populism and the 'ping' of a text message.

The Sad Club This is a musical about depression and anxiety. It's a collection of monologues, songs and duologues from all over time and space exploring what about living in this world stops us from being happy and how we might go about tackling those problems.

Chaos A girl is locked in a room. A boy brings another boy flowers. A girl has tied herself to a railing. A boy doesn't know who he is. A girl worries about impending catastrophe. A woman jumps in front of a train. A boy's heart falls out his chest. A butterfly has a broken wing.

Stuff Vinny's organising a surprise birthday party for his mate, Anita. It's not going well: his choice of venue is a bit misguided, Anita's not keen on leaving the house, and everyone else has their own stuff going on. Maybe a surprise party wasn't the best idea? A play about trying (but not really managing) to help.

Flesh A group of teenagers wake up in a forest with no clue how they got there. They find themselves separated into two different teams but have no idea what game they are expected to play. With no food, no water and seemingly no chance of escape, it's only a matter of time before things start to get drastic. But whose side are people on and how far will they go to survive?

Ageless In a not too distant future, Temples pharmaceutical corporation has quite literally changed the face of ageing. Their miracle drug keeps its users looking perpetually teenage. With an ever youthful population, how can society support those who are genuinely young?

The Small Hours It's the middle of the night and Peebs and Epi are the only students left at school over half-term. At the end of their night out, former step-siblings Red and Jazz try to navigate their reunion. With only a couple of hours until morning, Jaffa tries to help Keesh finish an essay. As day breaks, Wolfie is getting up the courage to confess a secret to VJ at a party. Their choices are small yet momentous. The hours are small but feel very, very long. And when the night finally ends, the future is waiting - all of it.

terra A group of classmates is torn apart by the opportunity to perform their own dance. As they disagree and bicker, two distinct physical groups emerge and separate into opposing teams. When a strange outsider appears - out of step with everyone else - the divide is disrupted. A contemporary narrative dance piece about individuality, community and heritage.

Variations Thirteen-year-old Alice wishes her life was completely different. She wakes up one morning to find that her life is different. In fact, it's so different that all she wants to do is get back to normality. But how does she do that?

Rob Drummond is a writer, performer and director from Glasgow. His theatre credits include Sixteen, Bullet Catch, Hunter, Post Show, Allotment, Mr Write, Rob Drummond: Wrestling and Top Table. In 2011 Rob wrote, performed and directed his critically acclaimed show Rob Drummond: Wrestling for which he trained as a professional wrestler. His dark comedy Top Table appeared at Oran Mor last year and his modern retelling of the Passion premiered in George Square in October. Nell Leyshon is an English playwright and novelist. Her plays include The Farm, Glass Eels, and Sons (all BBC Radio 4). In 2010 she was the first woman to be commissioned to write for Shakespeare's Globe since its opening in 1599. The resulting play, Bedlam, tells the story of the gin epidemic of the 18th century, viewed through the experiences of people living in and around a lunatic asylum. In 2011 her The Beauty Manifesto was programmed as part of the National Theatre Connections, and published by Methuen Drama in its anthology of the same name. Tom Wells is a playwright whose work includes Broken Biscuits (Live Theatre/Paines Plough UK tour, 2016); Folk (Birmingham Rep & tour, 2016); Jumpers for Goalposts (Watford Palace Theatre, 2013); The Kitchen Sink (Bush Theatre, 2011) and Me, As A Penguin(Arcola Theatre, 2010). Ben Bailey Smith, also known by his stage name Doc Brown, is an English rapper, comedian, actor, screenwriter, radio presented and voice-over artist. Lajaune Lincoln is a London based screenwriter. Current screenplays include the high concept neo-noir 'Real Eyes'; industry satire 'The One That Got Away' featured in both Screen International and The Hollywood Reporter; sci-fi 'Mesmetopia'; eighties' thrillers 'Dirty District' and 'Double Diamonds'; and the psychological thriller 'Spacek'. Dawn King is an award-winning writer who works in theatre, radio, TV, VR and film. Laura Lomas is a playwright whose plays include Bird (Root Theatre and Echo); Blister (Paines Pough/Royal Welsh College of Music and Drama); Open Heart Surgery (Theatre Uncut); Come to Where I'm From (Paines Plough); Some Machine (Paines Plough/Rose Bruford); The Island (Nottingham Playhouse/Det Norske Oslo); Us Like Gods (Hampstead, Heat and Light); Gypsy Girl (Paines Plough Later at Soho) and Wasteland (New Perspectives/Derby Theatre; shortlisted for the Brian Way Award). Radio plays include My Boy (BBC Radio 4 Afternoon Play; Bronze SONY Award for best radio drama) and Lucy Island (BBC Radio 3). Her screen work includes Rough Skin (Touchpaper/Channel 4; shortlisted for Best British Short at British Independent Film Awards and Raindance Film Festival). She has also written two episodes of Glue (E4/Eleven Films), and has been commissioned by BBC Radio 4, Manchester Royal Exchange, and jointly by Clean Break and Birmingham Rep. She was a MacDowell Colony Fellow 2013, and a Yaddo Fellow 2014. Katherine Soper is a playwright. Her first play, WISH LIST, won the Bruntwood Prize for Playwriting, The Stage Debut Award for Best New Play, and caused Katherine to be nominated as Most Promising Playwright at the Evening Standard Awards. Benjamin Kuffuor graduated from the National Film and Television School in 2011, and his first project following graduation was developed by Big Talk Productions for E4. Prior to his time at the NFTS, Benjamin's first short play was produced at the Theatre Royal Stratford East in 2007, and he participated in the Young Writers' Programme at the Royal Court Theatre in 2008. Benjamin is currently developing projects for Television, Theatre and Film. Luke Barnes is an award-winning northern playwright from Formby, Liverpool. Avid Liverpool fan, average cook and below average musician, his writing concentrates on trying to make work that is, at the same time, a good night out and packed full of big ideas that affect our every day lives. His first play Chapel Street was selected as one of the top 5 new plays off the West End in 2011 by The Stage and he was shortlisted for an OffWestEnd.com award for most promising playwright. Recent plays include Ten Storey Love Song and All We Ever Wanted was Everything.