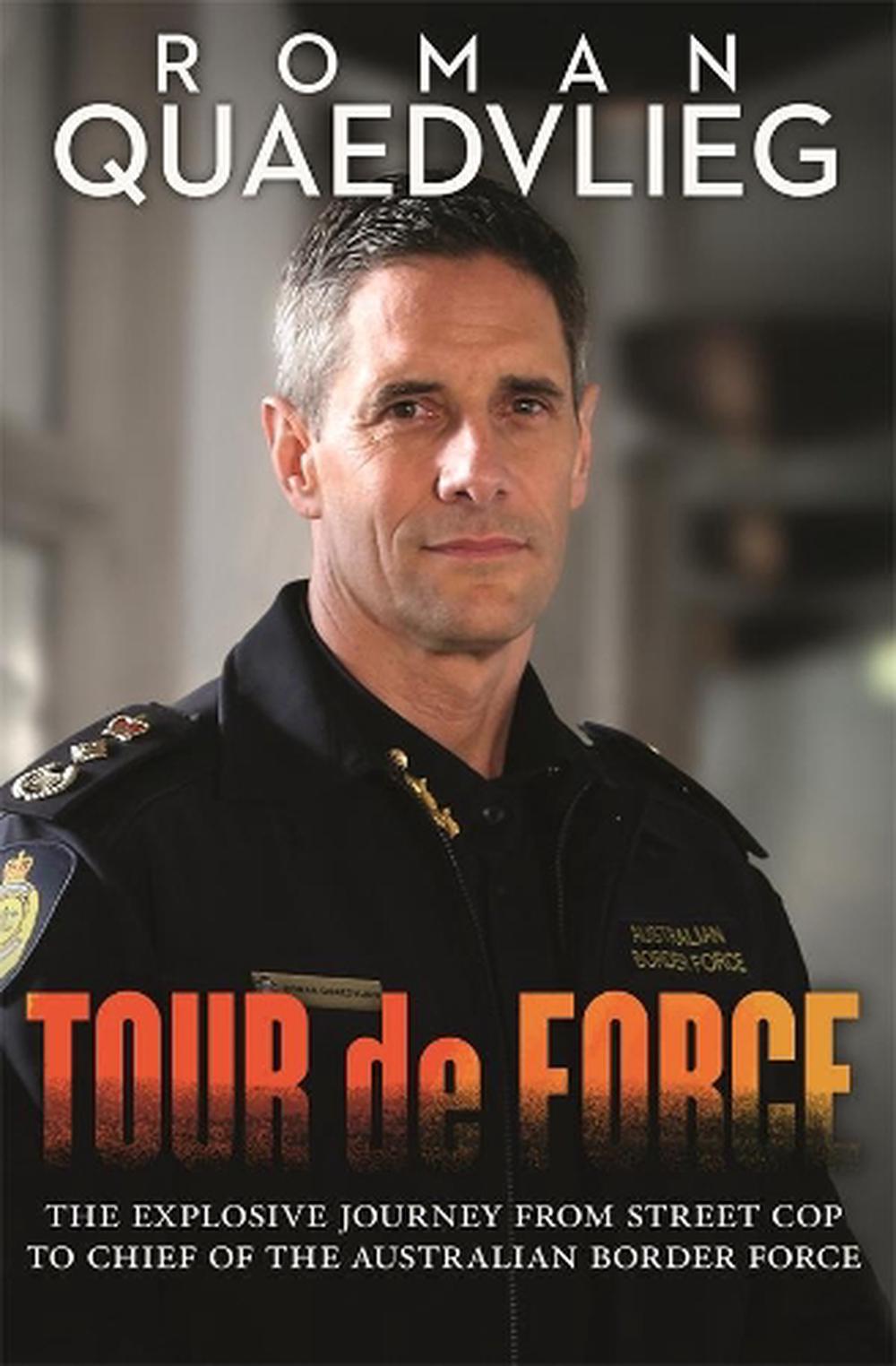 Roman Quaedvlieg was always destined to make a mark. As a rookie policeman on the mean streets of Fortitude Valley in the dying days of the Moonlight State, his first arrest was Brisbane’s most wanted escapee. Three decades later, he found himself navigating the corridors of power in Canberra.

Tour de Force charts the years in between, during which he truly sees it all. From policing on the beat to going undercover with bikies and gangs, to eventually running covert operations at the Australian Crime Commission, exposing major drug importations while working in customs services and leading the operation to turn back boats on international waters. Right up to being appointed as the very first head of the Australian Border Force, Roman Quaedvlieg’s story is one of a tough, resourceful and disciplined policeman rising through the ranks to the very top of law enforcement in Australia. This is a personal and political story that exposes a deeply conflicted national security system and doesn't shy away from his notorious sacking from the top job.

Tour de Force is a detailed and explosive memoir, revealing a lifelong quest for justice in the face of cronyism, unbridled ambition, politics and vested interests.

Roman's childhood dream of being a policeman was fulfilled when he joined the Queensland Police Force as wide-eyed 20-year old in the dying days of Joh Bjelke-Peterson's Moonlight State. He survived his brush with corruption to move rapidly through the force's elite squads, including an extended period in covert operations against organised crime. After a flirtation with the private sector in aviation security, his calling drew him back to the federal policing arena when he joined the Australian Crime Commission to enter the fray of Melbourne's gangland wars and Sydney's gun traffickers.

Roman was promoted to Commander in the Australian Federal Police where he headed money-laundering, political leaks and child sexual exploitation investigations before being promoted to Assistant Commissioner for border operations. In 2010, Roman was appointed as Canberra's Chief of Police for three years before being recruited by the Federal government to the role of Deputy CEO of Customs where he established Operation Sovereign Borders to 'stop the boats'. Following on from this role, Roman became the inaugural Commissioner of the controversial Australian Border Force, and was ignominiously sacked from that job after allegations surfaced that he assisted his partner to get a low-level ABF job at Sydney Airport.

A life of action.