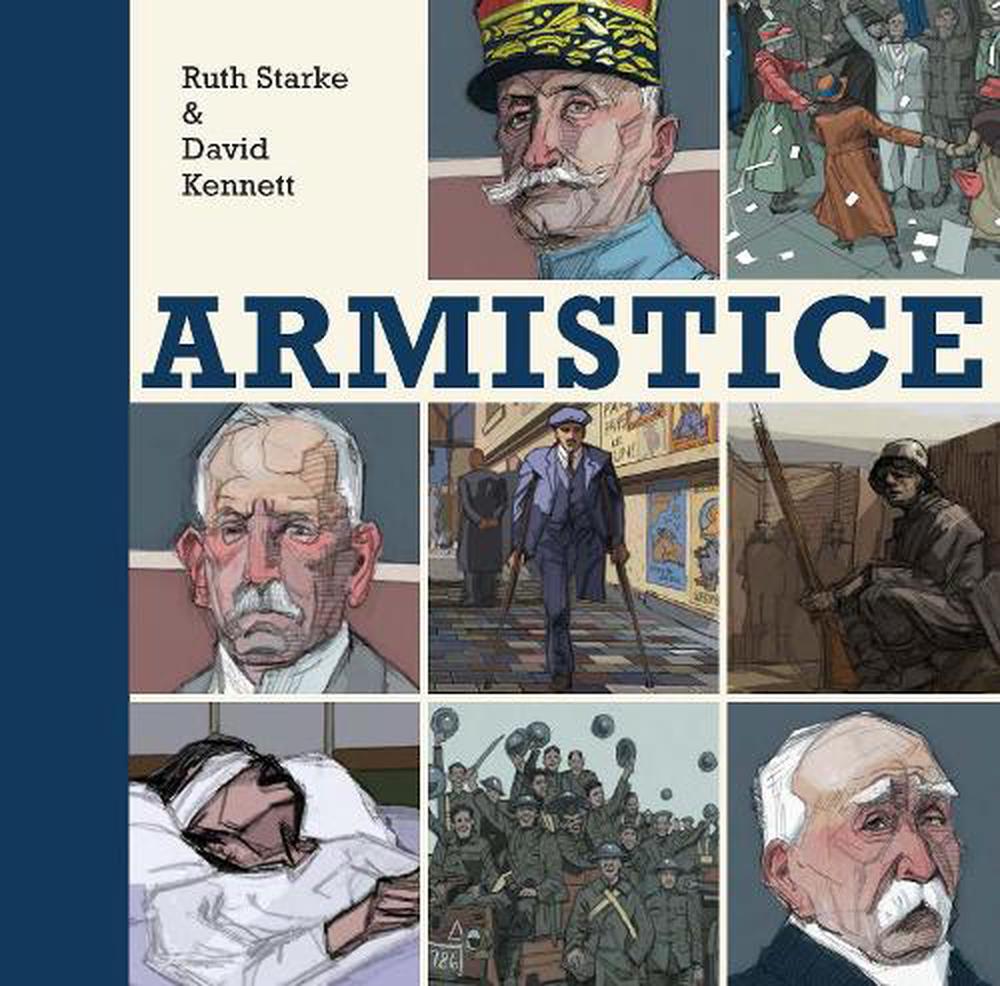 A companion to the award winning My Gallipoli commemorating the 100th anniversary since the fighting stopped.

On 11 November 1918, after four years of fighting, the Allied powers signed an agreement with Germany to end the Great War and to begin peace negotiations. The armistice, as it was known, took effect on the eleventh hour of the eleventh day of the eleventh month. But it would take more than seven months before peace would finally be declared at Versailles on 28 June 1919. The Great War was over. But the world as it had been known was changed forever.

In this companion to the award-winning My Gallipoli, many voices will recall the day the Great War ended and the months that followed before peace rang out around the world.

Armistice will bring these stories to life and is published to commemorate the 100th anniversary since the fighting stopped.

'This is a remarkable book that will help our students understand the significance of the time and its centenary. It is a must-have in any collection relating to World War I.' - ReadPlus

Ruth Starke is one of SA's most successful children's writers, with over 20 titles published since she began writing in 1992. Many of them have won or been shortlisted for national awards, including the much acclaimed NIPS XI (CBC Honour Book), Orphans of the Queen (shortlisted for both the 2005 NSW and Queensland Premiers' Awards); Stella by the Sea (shortlisted for both the CBC Younger Book of the Year and the Queensland. Premier's Award) and Noodle Pie (winner of the Book of the Year Award Speech Pathology Australia). Armistice is a companion to her award winning 2015 title, My Gallipoli which won the 2015 NSW Premier's Young People's History Prize. David Kennett was born and raised in Adelaide, and graduated with a Bachelor of Design and Illustration from the Underdale College of Advanced education in 1985. He has worked as an art director with a publishing house, and as a teacher of drawing and illustration at TAFE SA and the University of South Australia. He is now a full-time book illustrator and author with a particular interest in wildlife, natural history and the ancient world. His books include six titles in the award-winning natural history series Solo Wildlife, with Olympia: Warrior Athletes of Ancient Greece winning the Eve Pownall Award for Information Books in the 2001 CBCA Book of the Year Awards. His most recent book Forward March written by Christobel Mattingley was published in 2016. In 2003 David was awarded the Centenary of Federation medal for services to Australia through literature.