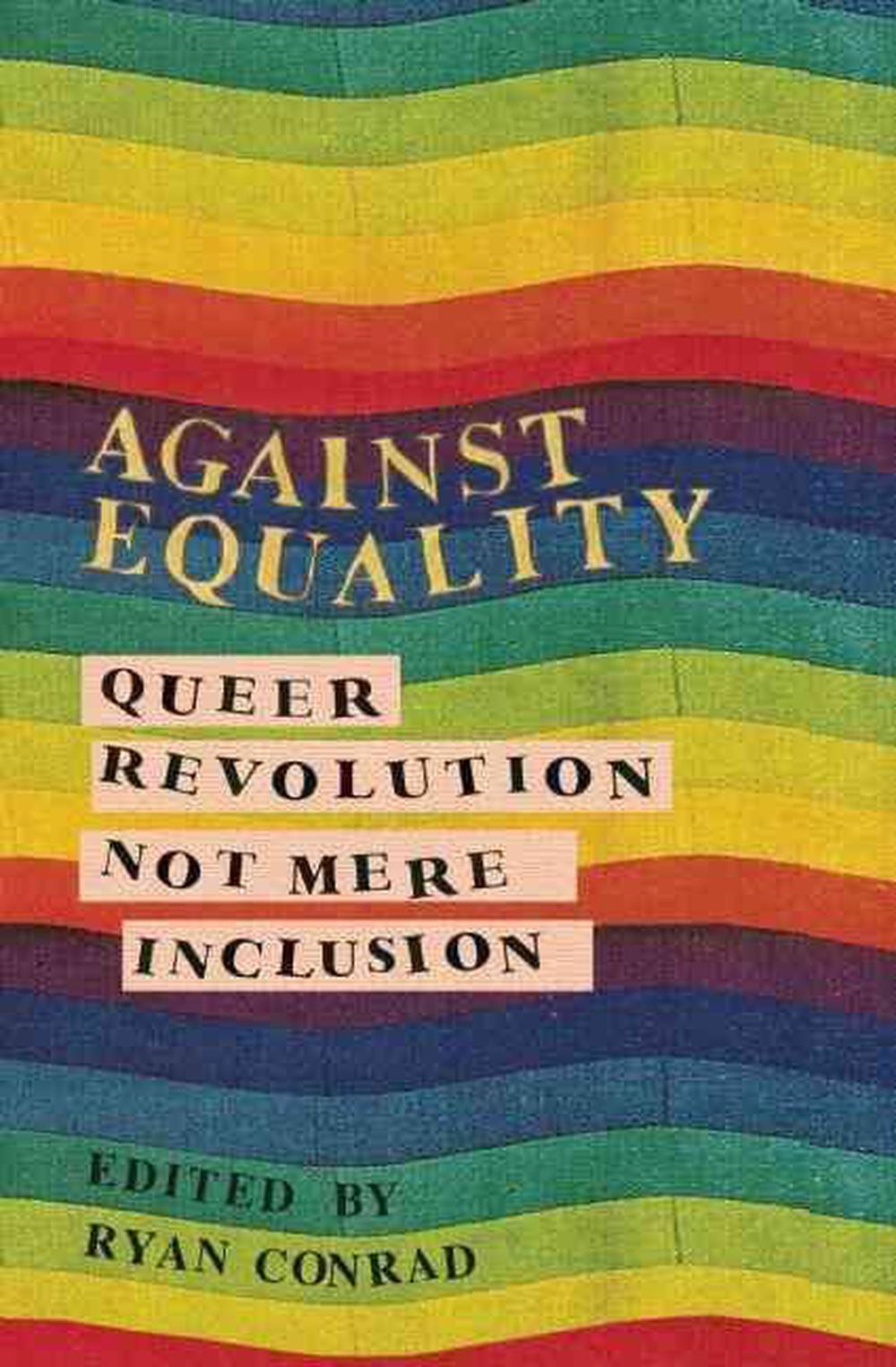 When "rights" go wrong. Does gay marriage support the right-wing goal of linking access to basic human rights like health care and economic security to an inherently conservative tradition? Will the ability of queers to fight in wars of imperialism help liberate and empower LGBT people around the world? Does hate-crime legislation affirm and strengthen historically anti-queer institutions like the police and prisons rather than dismantling them? The Against Equality collective asks some hard questions. These queer thinkers, writers, and artists are committed to undermining a stunted conception of "equality." In this powerful book, they challenge mainstream gay and lesbian struggles for inclusion in elitist and inhumane institutions. More than a critique, Against Equality seeks to reinvigorate the queer political imagination with fantastic possibility "In an era when so much of the lesbian and gay movement seems to echo the rhetoric of the mainstream Establishment, the work of Against Equality is an important provocation and corrective.... I hope this book is read widely, particularly by the people who will most disagree with it; in the tradition of the great political pamphleteers, this collection should spark debate around some of the key issues for our movement." --Dennis Altman, author of Homosexual: Oppression & Liberation "Against Equality issues a radical call for social transformation. Against and beyond the "holy trinity" of pragmatic gay politics--marriage, militarism, and prison--the queer and trans voices archived in this collection offer a radical left critique of neoliberalism, capitalism, and state oppression. In a format accessible and enlivening, equally at home in the classroom and on the street, this book keeps our political imaginations alive. Prepare to be challenged, educated, and inspired." --Margot Weiss, author of Techniques of Pleasure In Oakland, California on March 24, 2015 a fire destroyed the AK Press warehouse along with several other businesses. Please consider visiting the AK Press website to learn more about the fundraiser to help them and their neighbors.

Ryan Conrad is an artist, activist, and scholar from central Maine. He co-founded Against Equality with Yasmin Nair in 2009, and he is currently pursuing an interdisciplinary PhD in Sexuality Studies at Concordia University in Montr