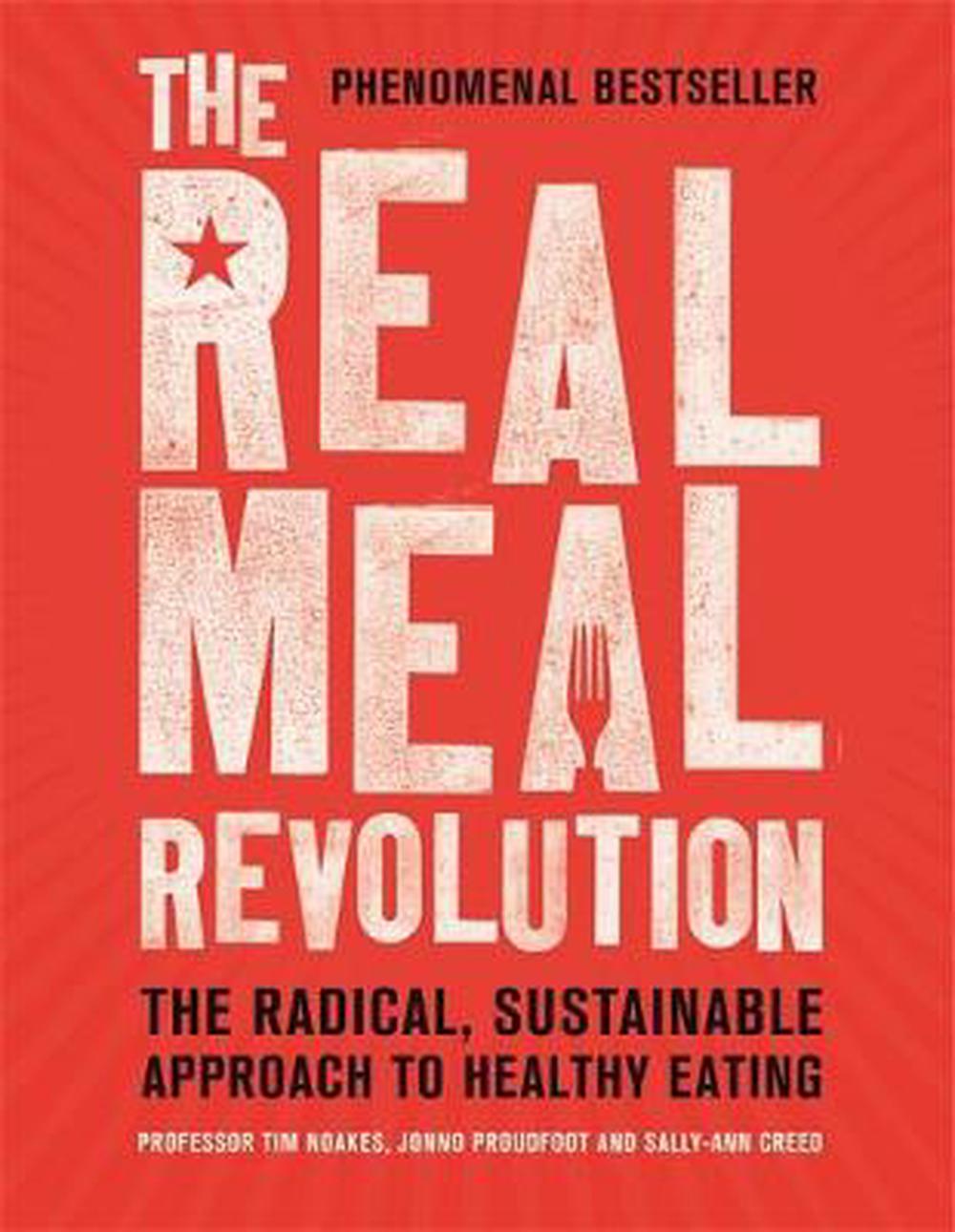 Fat is not the enemy - carbohydrates are!

'Scientists labelled fat the enemy . . . they were wrong.'

We've been told for years that eating fat is bad for us, that it is a primary cause of high blood pressure, heart disease and obesity. The Real Meal Revolution debunks this lie and shows us the way back to restored health through eating what human beings are meant to eat.

This book will radically transform your life by showing you clearly, and easily, how to take control of not just your weight, but your overall health, too - through what you eat. And you can eat meat, seafood, eggs, cheese, butter, nuts . . . often the first things to be prohibited or severely restricted on most diets. This is Banting, or Low-Carb, High-Fat (LCHF) eating, for a new generation, solidly underpinned by years of scientific research and by now incontrovertible evidence.

This extraordinary book, already a phenomenal bestseller, overturns the conventional dietary wisdom of recent decades that placed carbohydrates at the base of the supposedly healthy-eating pyramid and that has led directly to a worldwide epidemic of obesity and diabetes. Both a startling revelation, and as old as humanity itself, it offers a truly revolutionary approach to healthy eating that explodes the myth, among others, that cholesterol is bad for us.

This is emphatically not just another unsustainable, quick-fix diet or a fad waiting to be forgotten, but a long-delayed return to the way human beings are supposed to eat.

SALLY-ANN CREED (the Nutritionist) spent much of her early life sick with chronic asthma, sinusitis and panic disorder, undergoing many operations on her sinuses, and spending thirteen long years as a 'victim' of panic disorder and agoraphobia. Through an adjustment to her diet, she regained her health and qualified as a Nutritional Therapist (Post-Graduate Diploma in Clinical Nutrition, Australia). Her goal is to help others experience the same results. Having found that food and supplements could dramatically change her life, giving her the quality of life she'd always dreamed about, she decided to study so that she could help others. Her story is relayed in her bestselling book Let Food Be Your Medicine - an easy-to-understand guide to healthy living which has sold over 45,000 copies.

PROFESSOR TIM NOAKES (the Scientist) is a widely respected Professor of Exercise and Sports Science at the University of Cape Town. He has run more than 70 marathons and ultra-marathons and is the author of the books The Lore of Running, Challenging Beliefs and Waterlogged. After publishing his latest book, Tim entered the dietary sphere, challenging the science behind obesity, coronary heart disease and heart attacks. Subsequently he has dedicated his life to opening people's eyes to the myth of low-fat eating and the nutritional and environmental crisis it has led us to. In this book, Tim unleashes the science behind the research and studies he has been conducting since the inception of this 'bee in his bonnet'.

JONNO PROUDFOOT (the Chef) trained and worked in a five-times Top Ten-rated restaurant early in his career, later moving through a variety of food and wine establishments before finding his passion in Paleo and LCHF cookery. Since the birth of his interest in performance food and nutrition he has co-hosted 52 episodes of award-winning children's cooking show, What's Your Flava. He also starred in the TV reality cooking series Ultimate Braai [Barbecue] Master in 2013. On 23 March 2014, Jonno and his friend Thane Williams became the first people to swim from Mozambique to Madagascar, taking 24 days to cover an incredible 460km, thereby setting a world record for the longest open-ocean unassisted stage-swim of all time.

I thought it would have more info about the way of eating. I didn't realise it would have so many recipes, but the quality of recipes is great. Thank you.
By Jenny