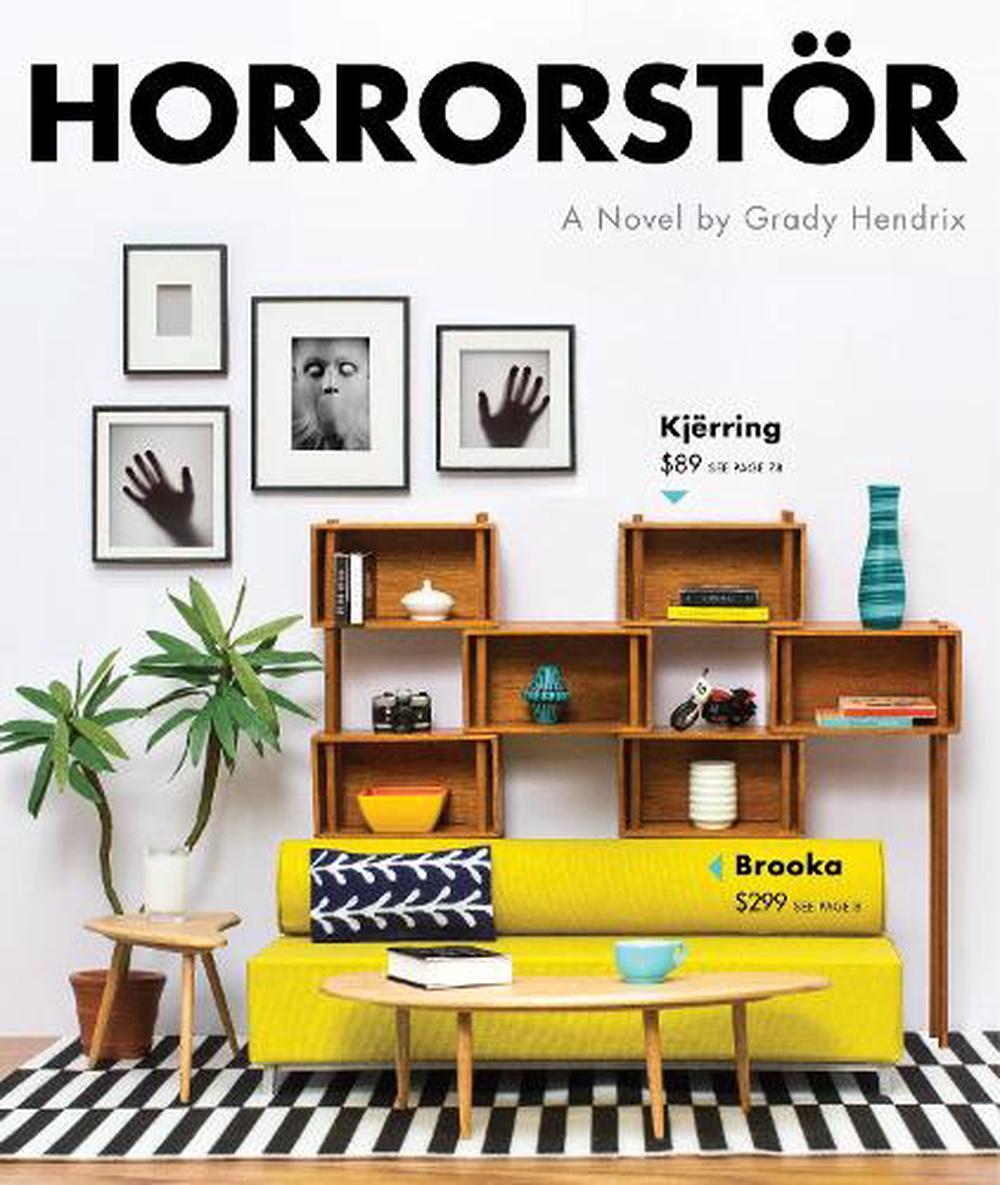 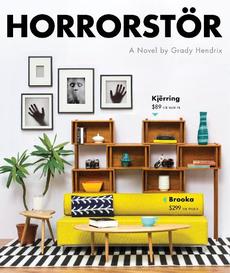 Something strange is happening at the Orsk furniture superstore in Cleveland, Ohio. Every morning, employees arrive to find broken Kjerring wardrobes, shattered Brooka glassware, and vandalized Liripip sofa beds-clearly, someone or something is up to no good. To unravel the mystery, five young employees volunteer for a long dusk-till-dawn shift-and they encounter horrors that defy imagination. Along the way, author Grady Hendrix infuses sly social commentary on the nature of work in the new twenty-first century economy.

A traditional haunted house story in a contemporary setting (and full of current fears), Horrorst r comes conveniently packaged in the form of a retail catalog, complete with illustrations of ready-to-assemble furniture and other, more sinister accessories. We promise you've never seen anything quite like it!

Grady Hendrix is a writer and journalist and one of the founders of the New York Asian Film Festival. A former film critic for the New York Sun, Grady has written for Slate, the Village Voice, Time Out New York, Playboy, and Variety.

"Hendrix's one-of-a-kind novel is an innovative hybrid of ghost story and satire, at once clever, gruesome, and hilarious."--Amazon Book Review

"If you've ever been frustrated trying to put together furniture from IKEA, you'll get a laugh out of Hendrix's spoof mystery."--New York Post

"If you see me in the wild and I'm reading a book that was written by Grady Hendrix, interrupt me at your own peril."--Sarah Gailey, Hugo-Award winning author of Magic for Liars

"A clever little horror story...[and] a treat for fans of The Evil Deador Zombieland, complete with affordable solutions for better living."--Kirkus Reviews

"The book's packaging as a catalog--complete with illustrations of increasingly sinister-looking furniture with faux Scandinavian names--gives it a charmingly oddball allure."--Publishers Weekly

"Take The Exorcist, add some hair spray and wine coolers, and enroll it in high school in 1988--that'll give you My Best Friend's Exorcism...Campy. Heartfelt. Horrifying."--Minnesota Public Radio

"Terrific...Sharply written...[My Best Friend's Exorcism] makes a convincing case for [Hendrix's] powers as a sharp observer of human behavior, filtered through a fun genre conceit that doesn't skimp on the spooky--or the bodily fluids."--The A.V. Club

"Paperbacks from Hell is as funny as it is engaging."--The Washington Post

"The book is a true appreciation of the genre."--Los Angeles Times

"Paperbacks from Hell is as wild as its source material."--The A.V. Club

"Just thumbing through these pages will bring back your youth-- and terrify you all over again."--Newsday

"A fast-paced ride, firmly rooted in the pulp horror tradition...Hendrix's darkest novel yet will leave readers begging for an encore."--Booklist, starred review

"Hendrix's pulpy love letter to heavy metal music is a gloriously over-the-top scare fest that has hidden depths. Readers will root for Kris all the way to the explosive, poignant finale."--Publishers Weekly

"Horror and humor play off each other in a delicate dance."--Nightmare Magazine

It was dawn, and the zombies were stumbling through the parking lot, streaming toward the massive beige box at the far end. Later they''d be resurrected by megadoses of Starbucks, but for now they were the barely living dead. Their causes of death differed: hangovers, nightmares, strung out from epic online gaming sessions, circadian rhythms broken by late-night TV, children who couldn''t stop crying, neighbors partying till 4 a.m., broken hearts, unpaid bills, roads not taken, sick dogs, deployed daughters, ailing parents, midnight ice cream binges. But every morning, five days a week (seven during the holidays), they dragged themselves here, to the one thing in their lives that never changed, the one thing they could count on come rain, or shine, or dead pets, or divorce: work. Orsk was the all-American furniture superstore in Scandinavian drag, offering well-designed lifestyles at below-Ikea prices, and its forward-thinking slogan promised "a better life for the everyone." Especially for Orsk shareholders, who trekked to company headquarters in Milwaukee, Wisconsin, every year to hear how their chain of Ikea knockoff stores was earning big returns. Orsk promised customers "the everything they needed" in the every phase of their lives, from Balsak cradles to Gutevol rocking chairs. The only thing it didn''t offer was coffins. Yet. Orsk was an enormous heart pumping 318 partners--228 full-time, 90 part-time--through its ventricles in a ceaseless circular flow. Every morning, floor partners poured in to swipe their IDs, power up their computers, and help customers size the perfect Kn