A Court of Thorns and Roses 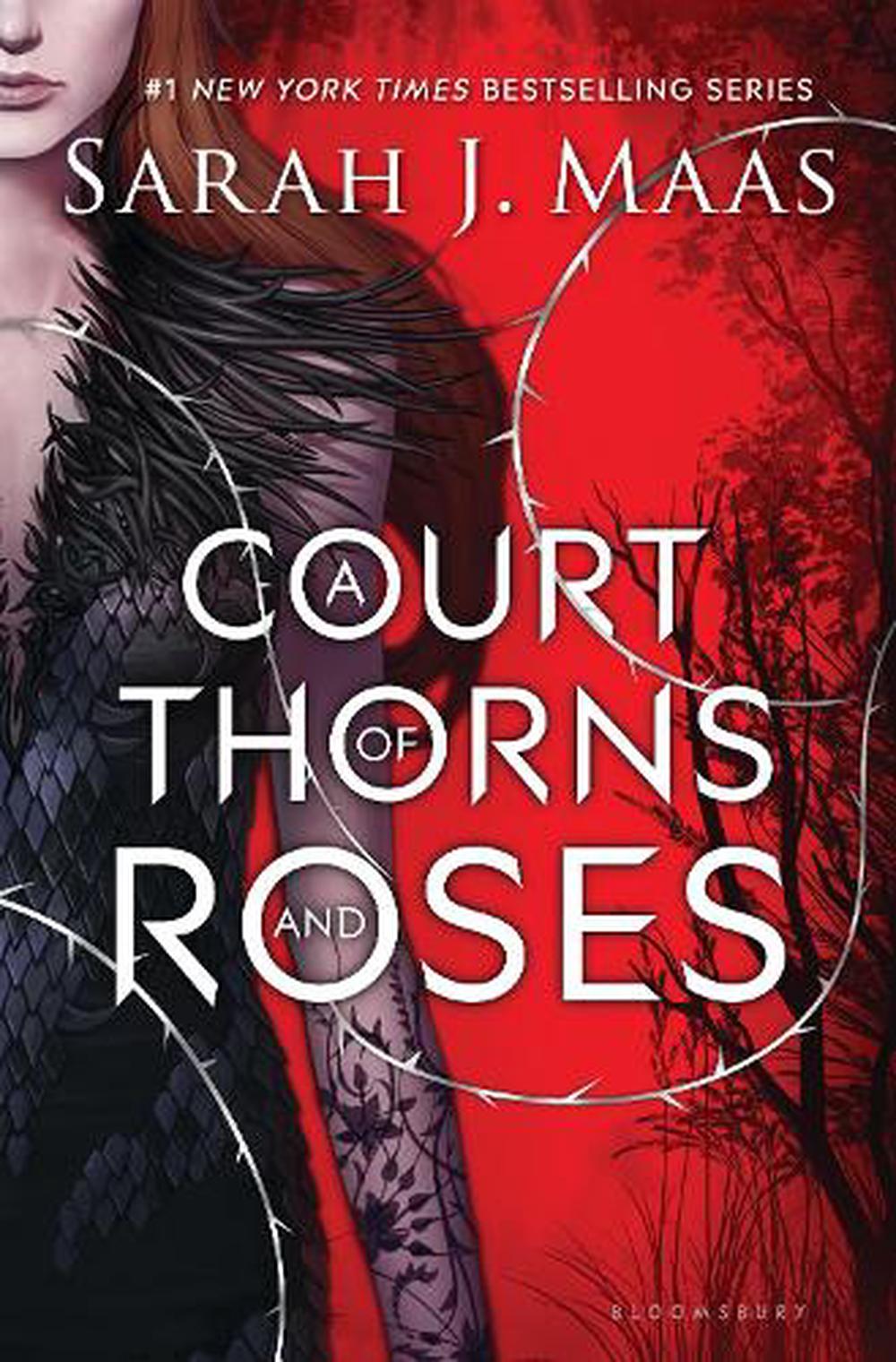 THE INSTANT NEW YORK TIMES BESTSELLER Perfect for fans of Kristin Cashore and George R.R. Martin, this first book in a sexy and action-packed new series is impossible to put down! When nineteen-year-old huntress Feyre kills a wolf in the woods, a beast-like creature arrives to demand retribution for it. Dragged to a treacherous magical land she only knows about from legends, Feyre discovers that her captor is not an animal, but Tamlin--one of the lethal, immortal faeries who once ruled their world. As she dwells on his estate, her feelings for Tamlin transform from icy hostility into a fiery passion that burns through every lie and warning she's been told about the beautiful, dangerous world of the Fae. But an ancient, wicked shadow over the faerie lands is growing, and Feyre must find a way to stop it ...or doom Tamlin--and his world--forever.

SARAH J. MAAS is the author of the New York Times bestselling Throne of Glass series: Throne of Glass, Crown of Midnight, and Heir of Fire, and the series' prequel, The Assassin's Blade; as well as the A Court of Thorns and Roses series. A New York native, Sarah currently lives in Pennsylvania with her husband and dog. facebook.com/throneofglass @SJMaas

A gorgeously written tale as lush and romantic as it is ferocious. Absolutely spellbinding. -- Alexandra Bracken, NEW YORK TIMES bestselling author Simply dazzles... the clamor for a sequel will be deafening... Maas' Throne of Glass series has been a smash hit... this new series is primed to follow in its footsteps. -- starred review Booklist Readers will find the author's trademark blend of action, romance, and witty banter as well as a sexier, edgier tone. School Library Journal Sarah J. Maas delivers what may be her best work to date... Enchanting, spellbinding and imaginative... The world-building is stellar, as only Maas can imagine it. USA Today Happy Ever After Suspense, romance, intrigue and action. This is not a book to be missed! The Huffington Post [T]he sexual tension and deadly action are well-supported by Maas' expertly drawn, multidimensional characters and their nuanced interpersonal dynamics... Sexy and romantic. Kirkus Reviews Elements from 'Beauty and the Beast,' 'East o' the Sun, West o' the Moon,' the myth of Persephone, and the legend of Tamlin are seamlessly interwoven with clever allusions, while the faerie world is resplendent in its initial beauty and then horrific in the brutality Feyre later encounters. BCCB A dazzling world, complex characters and sizzling romance. Feyre is a charming heroine with a perfect amount of flaws and strengths, and her chemistry with Tamlin is wonderfully tangible. -- Top Pick RT Book Reviews A well-developed world... [Feyre's] grit and boundless loyalty demand that her foes--and readers--sit up and pay attention. Publishers Weekly I was afraid to put the book down! -- Tamora Pierce, NEW YORK TIMES bestselling author, on HEIR OF FIRE The pages fly by. Booklist on HEIR OF FIRE Will leave readers ravenous for more. Kirkus Reviews on HEIR OF FIRE Readers will devour Maas's latest entry ... A must-purchase. School Library Journal on HEIR OF FIRE An epic fantasy readers will immerse themselves in and never want to leave. -- starred review Kirkus Reviews on CROWN OF MIDNIGHT Series fans ... will be thrilled by the prospect of deepening adventures in the next volume. Booklist on CROWN OF MIDNIGHT A thrilling read. -- starred review Publishers Weekly on THRONE OF GLASS A must-read for lovers of epic fantasy and fairy tales. USA Today Happy Ever After on THRONE OF GLASS Fans of Tamora Pierce and George R.R. Martin, pick up this book! RT Book Reviews on THRONE OF GLASS

Will leave readers ravenous for more.

An exciting new series from our biggest author: Sarah's Throne of Glass series is a global success, published in more than 17 countries with more than two million copies sold, and this new romantic fantasy trilogy will take her to new heights!