PUBLISHED: 5th March 2015
ISBN: 9780091941833
ANNOTATION:
Shane and Tim Spall are on the second leg of a very big adventure, taking their Dutch barge The Princess Matilda around the coast of Britain. 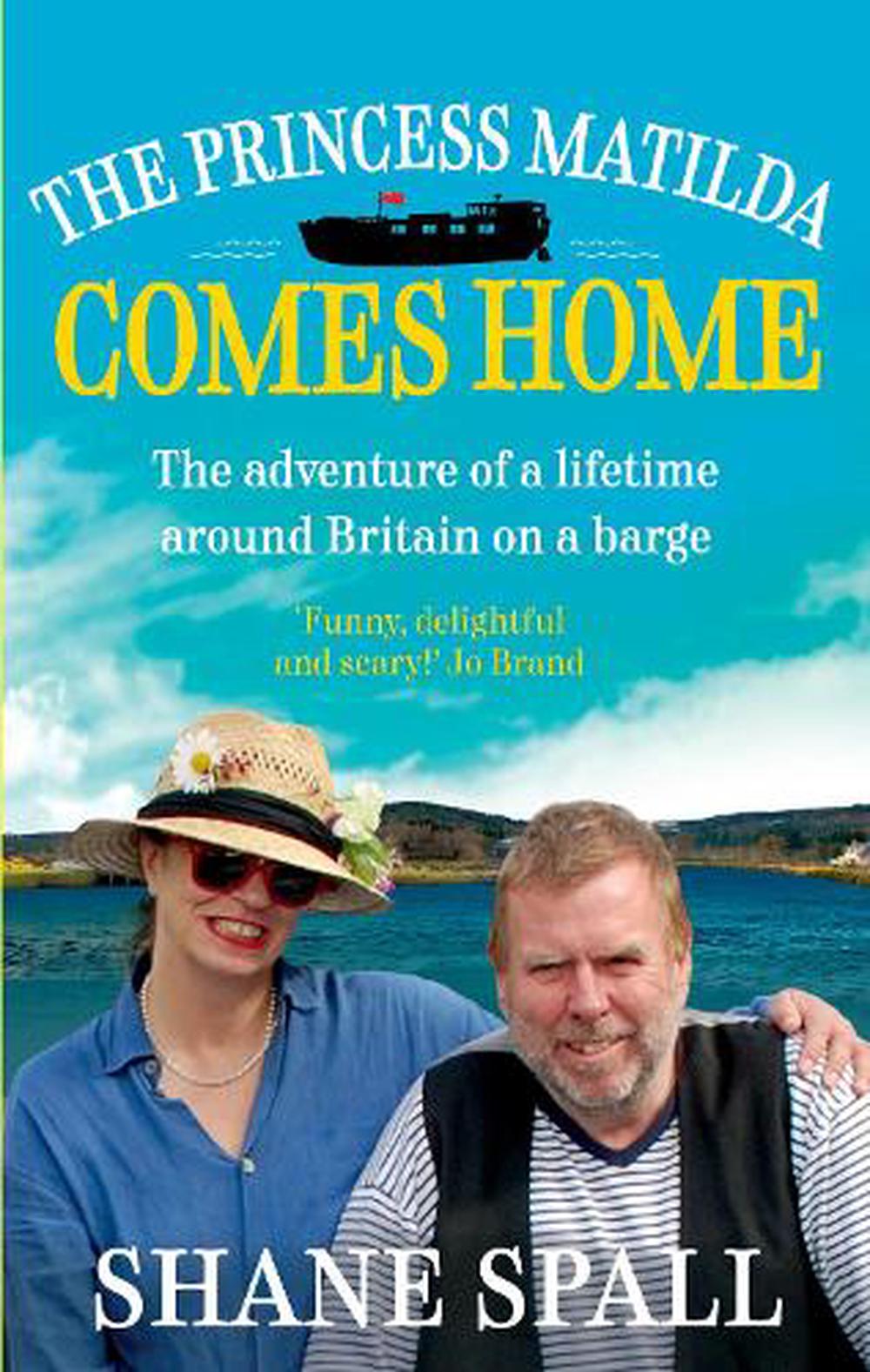 Product Unavailable
OTHER FORMATS:
PUBLISHED: 5th March 2015
ISBN: 9780091941833
ANNOTATION:
Shane and Tim Spall are on the second leg of a very big adventure, taking their Dutch barge The Princess Matilda around the coast of Britain.

Shane and Tim Spall are on the second leg of a very big adventure, taking their Dutch barge The Princess Matilda around the coast of Britain.

Shane and Tim Spall are on the second leg of a very big adventure, taking their Dutch barge The Princess Matilda around the coast of Britain. From Matilda?s winter berth in Cardiff, Shane and Tim follow the Welsh coast, before ambitiously deciding to visit the Isle of Man and Northern Ireland. Along the way they cross Cardigan Bay in the company of a pod of dolphins, meet the king and queen of Piel Island, get lost in shipping lanes near Liverpool, successfully cross the notorious Irish Sea (twice!), accidentally sail through an army firing range, and experience the matchless beauty of Scotland?s Caledonian canal. Emerging into the North Sea at Inverness, they set a course down the east coast for London, back where their journey began. Tim and Shane aren?t the amateur sailors they once were, but things still don?t always go to plan. It?s not easy navigating our dangerous coastal waters, and crashing waves and strong tides can be terrifying. But it?s exhilarating too, and the realisation of a dream they have had for a very long time.It?s a slow journey, but a satisfying one, visiting fishing villages and ports, and exploring Britain?s windswept coast. Along the way they meet brave lifeboat crews, lockkeepers, fishermen and a whole host of people who make their living or their leisure on the water. The Princess Matilda Comes Home is a funny and warm hearted story about sharing a great adventure with someone you love.

SHANE SPALL is from a large Midlands family. Her mother called her Number Five and her father after a character in a Western, played by Alan Ladd.As a teenager in the 70s she worked in a Quaker hotel in Birmingham and on her day off would sit in New Street station and wonder where everyone was going. She now knows they were mostly going to work or coming home. The day that the young actor Timothy Spall arrived at New Street in 1981 she was in a council flat a few miles away. They could have been ships that had passed in the night but he sought her out because he had fallen passionately in love with her when he had accidentally touched her arm one night. The young actor now gets to play parts called 'old man' but is considered to be a 'national treasure'. He's a bit of a show off, but his wife doesn't mind, she keeps his feet on the ground. They have three children and used to have a bulldog that couldn't swim and a goldfish but they fostered it out as it got lonely staying home on its own.

Puncuate[d] with searing poignancy Daily Mail This is a warm and life-affirming read, simply yet beautifully told. But it comes with a health warning - anyone reading it will want to throw in their job, pack a bag, and run away to sea Mail on Sunday