The Enlightenment of the Greengage Tree

(1 review)
PUBLISHED: 1st August 2017
ISBN: 9780987381309
ANNOTATION:
This book is a powerful and evocative literary novel set in Iran in the period immediately after the Islamic Revolution in 1979. Using the lyrical magic realism style of classical Persian storytelling, Azar draws the reader into the heart of a family caught in the maelstrom of post-revolutionary chaos and brutality. 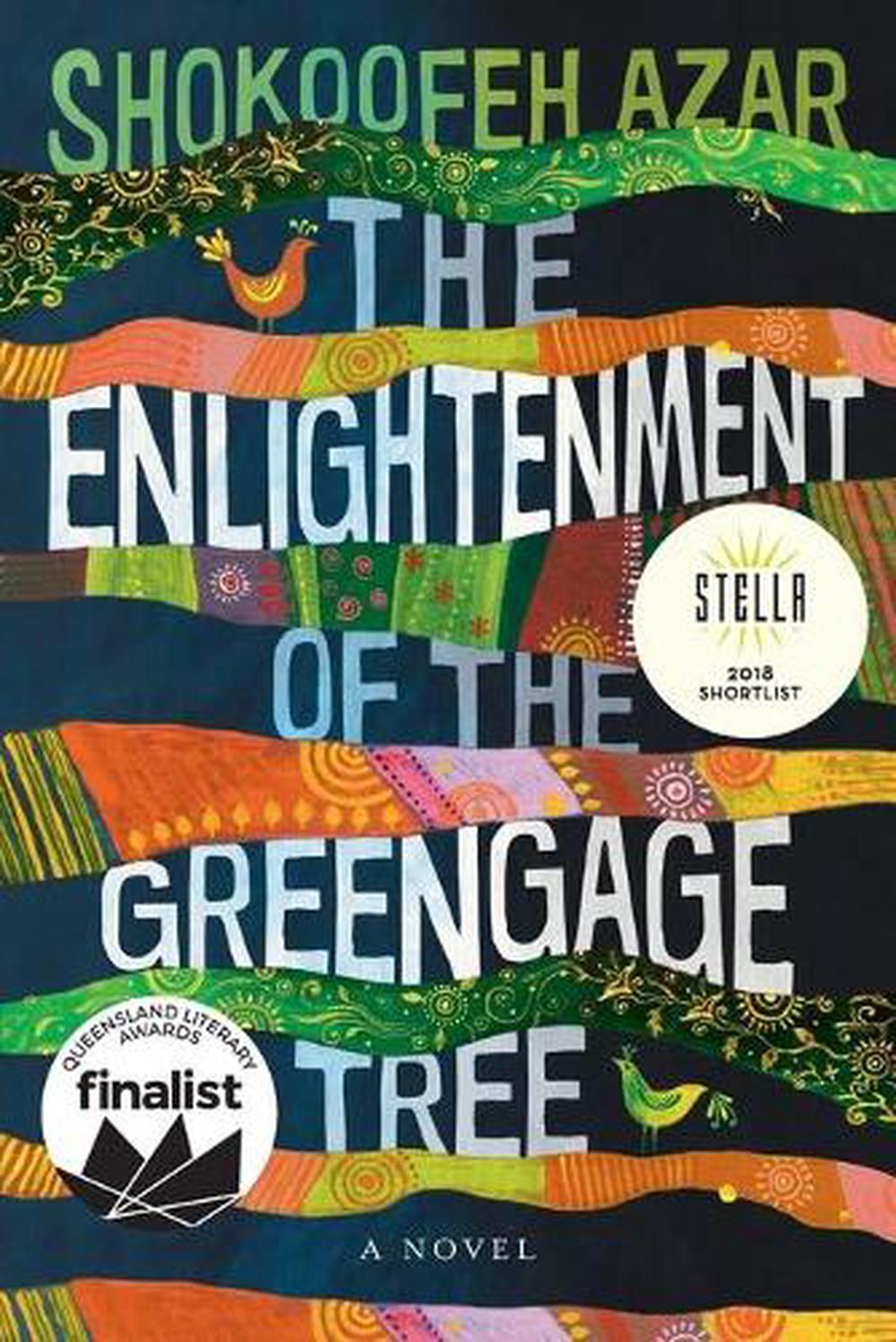 OTHER FORMATS:
PUBLISHED: 1st August 2017
ISBN: 9780987381309
ANNOTATION:
This book is a powerful and evocative literary novel set in Iran in the period immediately after the Islamic Revolution in 1979. Using the lyrical magic realism style of classical Persian storytelling, Azar draws the reader into the heart of a family caught in the maelstrom of post-revolutionary chaos and brutality.

This book is a powerful and evocative literary novel set in Iran in the period immediately after the Islamic Revolution in 1979. Using the lyrical magic realism style of classical Persian storytelling, Azar draws the reader into the heart of a family caught in the maelstrom of post-revolutionary chaos and brutality.

This book is an extraordinarily powerful and evocative literary novel set in Iran in the period immediately after the Islamic Revolution in 1979. Using the lyrical magic realism style of classical Persian storytelling, Azar draws the reader deep into the heart of a family caught in the maelstrom of post-revolutionary chaos and brutality that sweeps across an ancient land and its people. The Enlightenment of the Greengage Tree is really an embodiment of Iranian life in constant oscillation, struggle and play between four opposing poles: life and death; politics and religion. The sorrow residing in the depths of our joy is the product of a life between these four poles.

Shokoofeh Azar was born in Iran in 1972, just 7 years before the Islamic revolution. Despite spending most of her childhood and early career in a relatively hostile environment for independent writing, Shokoofeh's early interest in writing and art was sparked by her father who was an Iranian intellectual, author, poet and artist. She studied literature at high school and university, later working as a journalist for an independent newspaper for 14 years. As well as having numerous short stories, reports, interviews and articles published in the Iranian media, her other publications include two collections of short stories: one children's book; and a Companion in Writing and Editing Essays in the Persian Literary Encyclopedia, which won the prize for The Best Book in Iran in 1997. In 2004, Shokoofeh became the first Iranian woman to backpack and hitchhike along the Silk Road: from Iran to Afghanistan, Tajikistan, Kyrgyzstan, China, Pakistan and India. Reports and photos of this 3-month journey were published in an Iranian newspaper, to great acclaim. In 2011, with independent reporting increasingly coming under threat, Shokoofeh was forced to leave Iran with her family and was accepted as a political refugee by Australia. She continues her writing and is also gaining a reputation as an artist with a number of successful exhibitions in Perth, where she lives. The Enlightenment of the Greengage Tree is Azar's first novel to be translated into English, and her latest work of fiction.

"This is magic realism flipped. The magical world is shot through with real-ism. The writing is ravishing: shimmeringly poet-ic. Even as the story progresses and the mood darkens, the narrator holds beauty as close as a talisman." -Miriam Cosic; The Weekend Australian Book Reviews

"If this book were a painting, the canvas would be too large to fit into a gallery. With all the beauty and the horror, the supernatural and the realistic, the love and the hatred, if ever there was a book that needs to be read more than once, this is it." -Erich Mayer; ArtsHub

I was swept away by [this book]. In fact it reminded me of what a book can be - how it can devastate you and console you simultaneously - and I loved the thread of philosophical questioning throughout. I couldn't start another book afterwards, for days. I had to think, to let it all sink in. -Dani Powell; Artistic Director, NT Writers' Festival - Alice Springs

"This book is alive ... it speaks to us about the human condition and about how we live our lives in the most profound, beautiful, eloquent, complex, messy at times, chaotic, traumatic, extraordinary fashion - and in that sense, it is a real book of life. A true book that affirms life through some of the most extraordinary suffering that you can experience." -Professor Baden Offord; Curtin Centre for Human Rights

"It is incredible. It reminded me of Marquez's One Hundred Years of Solitude, but altogether different. I have never read such a voice before. It is playful, poetic and deeply melancholy at the same time. Azar writes about the blunt force of Iranian history with the lightness of a feather's touch. Transcendental, brilliant and beautiful." -Alice Pung; author

"Elements of magic realism that appear in the form of portentous dragonflies, forest jinns and mermaids suffuse the narrative and dictate the fate of the characters in a way that stands in stark contrast to the material circumstances that alter their lives--the desecration of Western-influenced cultural materials, the merciless interrogations, and the mass executions of political prisoners. It recalls The Lovely Bones, which utilises the perspective of an omniscient child narrator to great effect, and Life of Pi, which adroitly obscures fact with fiction." -Sonia Nair; writer and critic

"Stylistically similar to Eka Kurniawan's acclaimed Beauty is a Wound, this novel is set in the aftermath of Iran's Islamic Revolution of 1979. Many scenes, most memorably Azar's handling of Beeta's fate, blend heavy darkness with allegorical flights of imagination, marking the author as an assured fabulist. She brings to colourful life an extended family replete with beauty, humour and tragedy." -WritingWA