ISBN: 9781785296321
ANNOTATION:
A beautiful young woman comes to Holmes with a mystery which is to stretch even his remarkable deductive skills. 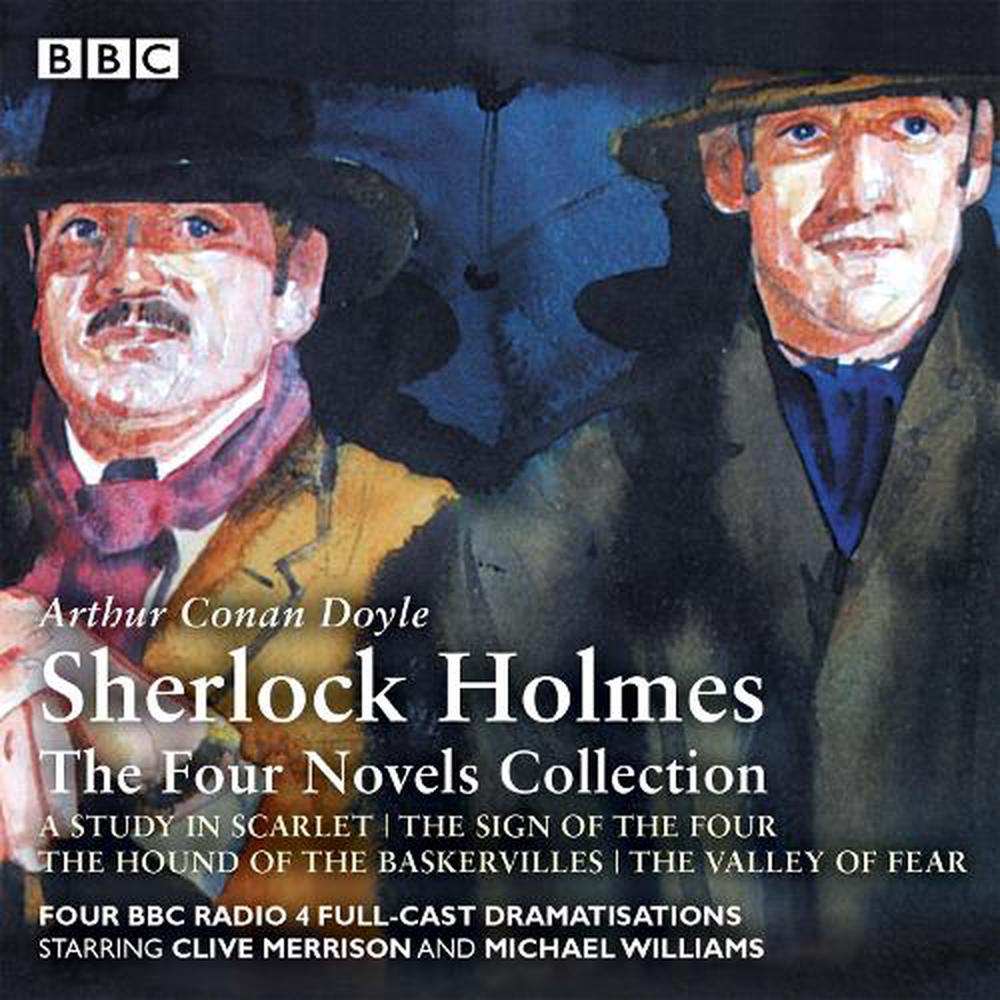 OTHER FORMATS:
ISBN: 9781785296321
ANNOTATION:
A beautiful young woman comes to Holmes with a mystery which is to stretch even his remarkable deductive skills.

A beautiful young woman comes to Holmes with a mystery which is to stretch even his remarkable deductive skills.

Clive Merrison stars as Holmes with Michael Williams as Watson in these four adventures from the unique, fully dramatised BBC canon of Conan Doyle stories

A Study in Scarlet introduces the most famous partnership in fiction, as Watson is drawn into Holmes's investigations following the discovery of a body in a blood-stained room in Brixton.

In The Sign of the Four, a beautiful young woman comes to Holmes with a mystery which is to stretch even his remarkable deductive skills.

The Hound of the Baskervilles finds Holmes and Watson travelling to Dartmoor to investigate the death of Sir Charles Baskerville and protect his heir. Are the Baskervilles being stalked by a satanic hell-hound, or is the creature part of a sinister conspiracy?

In The Valley of Fear, a coded warning sends Holmes and Watson to the country house of the reclusive Jack Douglas. Arriving too late to prevent a tragic death, they must follow a series of bewildering clues to find a murderer who has vanished into thin air...

Arthur Conan Doyle was born on 22 May 1859 in Edinburgh into a prosperous Irish family. He trained as a doctor, gaining his degree from Edinburgh University in 1881. He worked as a surgeon on a whaling boat and also as a medical officer on a steamer travelling between Liverpool and West Africa. He then settled in Portsmouth on the English south coast and divided his time between medicine and writing. Sherlock Holmes made his first appearance in 'A Study of Scarlet', published in 'Beeton's Christmas Annual' in 1887. Its success encouraged Conan Doyle to write more stories involving Holmes but, in 1893, Conan Doyle killed off Holmes, hoping to concentrate on more serious writing. A public outcry later made him resurrect Holmes. In addition, Conan Doyle wrote a number of other novels, including 'The Lost World' and various non-fictional works. These included a pamphlet justifying Britain's involvement in the Boer War, for which he was knighted and histories of the Boer War and World War One, in which his son, brother and two of his nephews were killed. Conan Doyle also twice ran unsuccessfully for parliament. In later life he became very interested in spiritualism. Conan Doyle died of a heart attack on 7 July 1930.