The Steampunk Bible: An Illustrated Guide to the World of Imaginary Airships, Corsets and Goggles, Mad Scientists, and Strange Literature

ISBN: 9780810989580
ANNOTATION:
The first definitive and visual guide to the popular Sci-Fi/Victorian mash-up movement and its manifestations in popular culture. 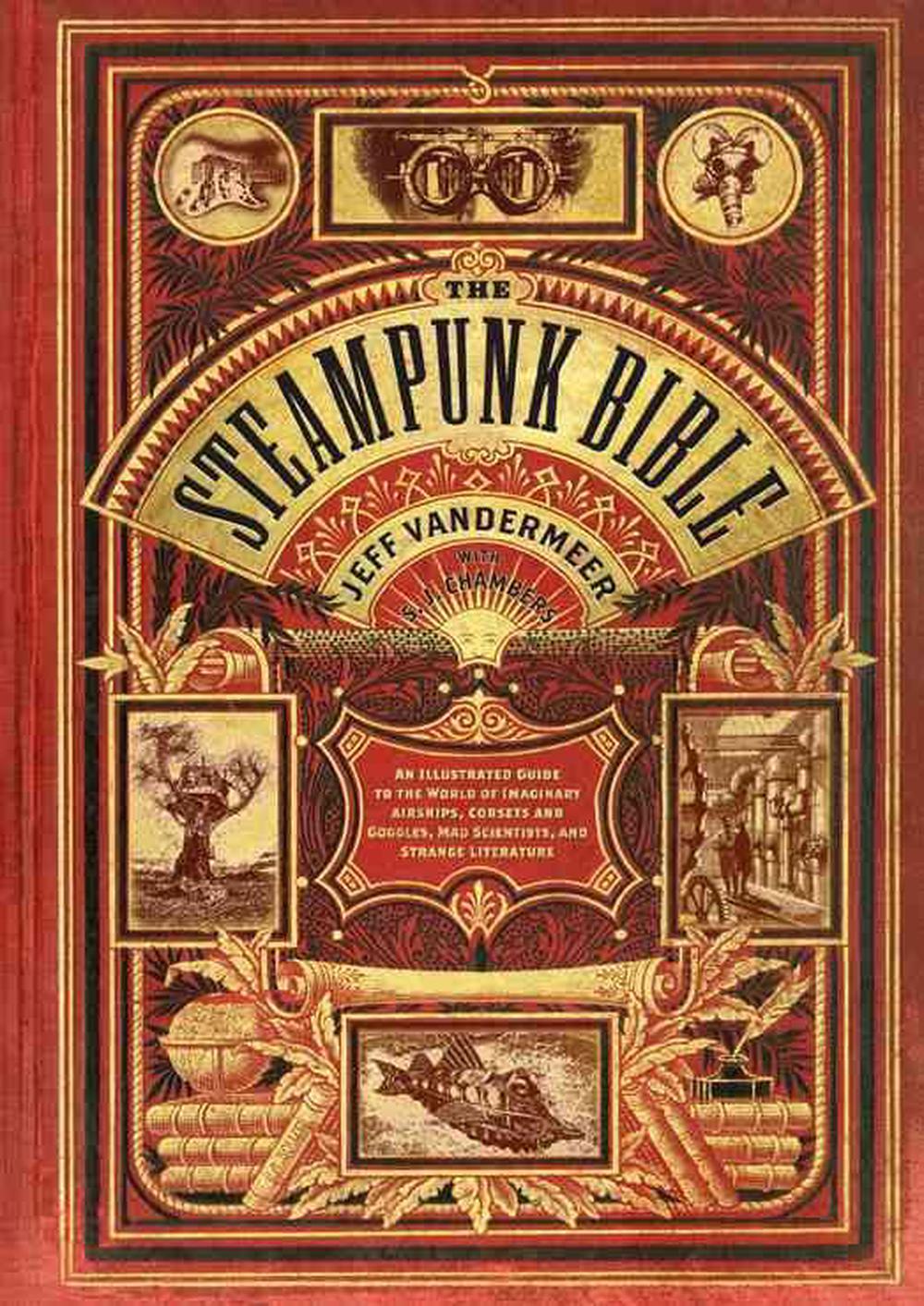 OTHER FORMATS:
ISBN: 9780810989580
ANNOTATION:
The first definitive and visual guide to the popular Sci-Fi/Victorian mash-up movement and its manifestations in popular culture.

The first definitive and visual guide to the popular Sci-Fi/Victorian mash-up movement and its manifestations in popular culture.

Steampunk--a grafting of Victorian aesthetic and punk rock attitude onto various forms of science-fiction culture--is a phenomenon that has come to influence film, literature, art, music, fashion, and more. The Steampunk Bible is the first compendium about the movement, tracing its roots in the works of Jules Verne and H. G. Wells through its most recent expression in movies such as Sherlock Holmes. Its adherents celebrate the inventor as an artist and hero, re-envisioning and crafting retro technologies including antiquated airships and robots. A burgeoning DIY community has brought a distinctive Victorian-fantasy style to their crafts and art. Steampunk evokes a sense of adventure and discovery, and embraces extinct technologies as a way of talking about the future. This ultimate manual will appeal to aficionados and novices alike as author Jeff VanderMeer takes the reader on a wild ride through the clockwork corridors of Steampunk history.

Praise for The Steampunk Bible:

"The Steampunk Bible is an informed, informative and beautifully illustrated survey of the subject." -The Financial Times

"The Steampunk Bible is far and away the most intriguing catalog of all things steam yet written." -The Austin Chronicle

"It's hard to imagine how VanderMeer and Chambers could have put together a stronger collection. Its publication marks a significant, self-conscious moment in the history of the movement." --PopMatters.com

Ann VanderMeer is the publisher of Buzzcity Press and the fiction editor for "Weird Tales," Jeff VanderMeer is the founder and editor for Ministry of Whimsy Press. He is the author of "City of Saints and Madmen, Secret Life, Shriek," and "Veniss Underground,"" "He is the editor of the Leviathan series and "The Thackery T. Lambshead Pocket Guide to Eccentric & Discredited Diseases," Coeditors of the Best American Fantasy series, they both live in Tallahassee, Florida.