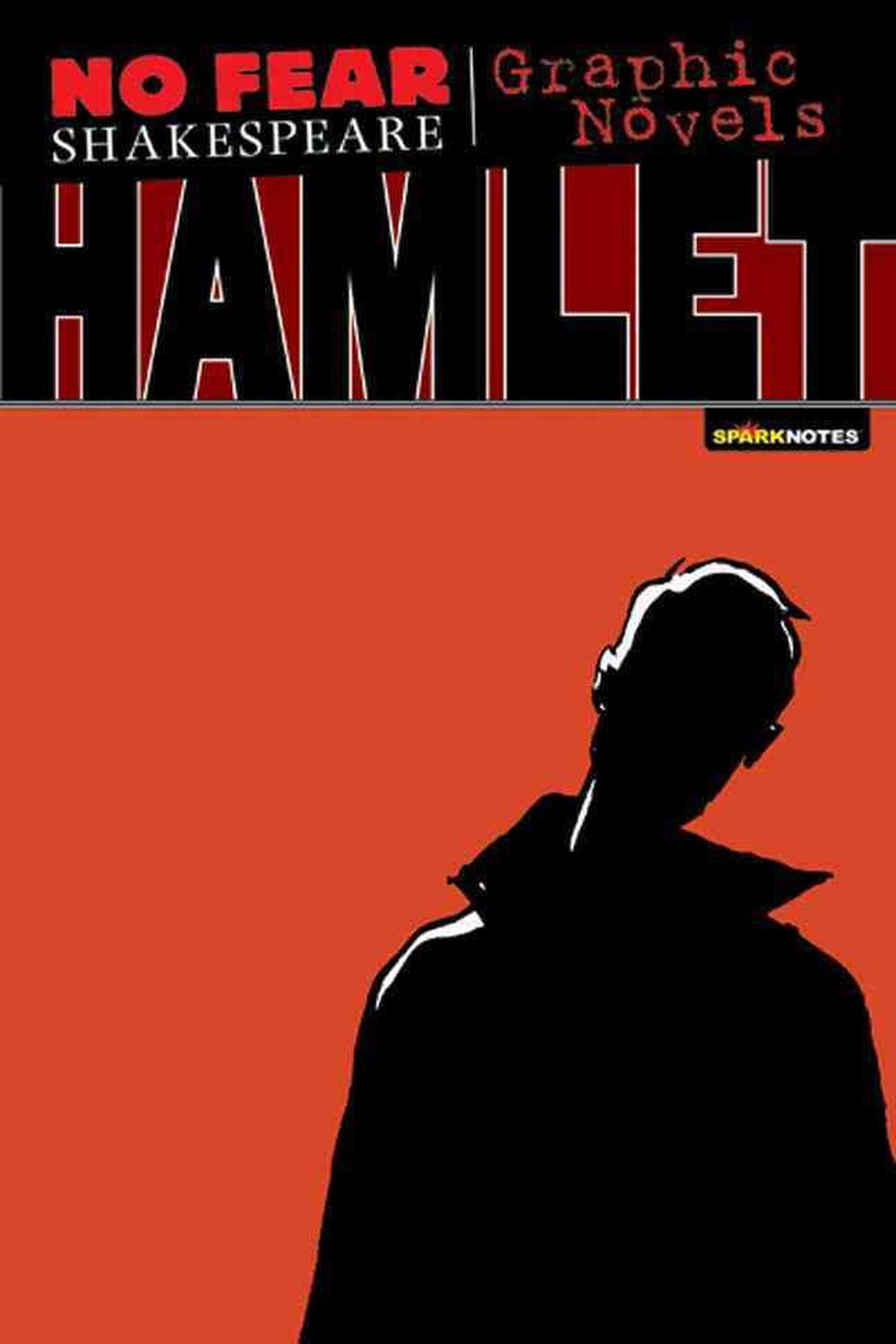 Adaptation of Hamlet by William Shakespeare.

No Fear Shakespeare Graphic Novels is a series based on the translated texts of the plays found in No Fear Shakespeare. The original No Fear series made Shakespeare's plays much easier to read, but these dynamic visual adaptations are impossible to put down. Each of the titles is illustrated in its own unique style, but all are distinctively offbeat, slightly funky, and appealing to teen readers. Each book will feature:

"[This] entry in the No Fear Shakespeare Graphic Novels line makes the Bard even more accessible.The language has been further simplified, but not dumbed down, and the story stays true to the arc of the play, with the monologues and interiors nearly intact. Babra's artwork..is no mere window dressing, its clear, black-and-white scenes often shifting into a stark, expressionistic mode that heightens the drama. Along with a nicely digestible version of the play, this will give readers a feel for Shakespeare's language and wordplay...With all that going for it, this admirable effort is likely to succeed..."--Booklist