The Perks of Being a Wallflower

PUBLISHED: 28th February 1999
ISBN: 9780671027346
ANNOTATION:
Caught between trying to live his life and trying to run from it, Charlie is navigating through the strange worlds of love, drugs, "The Rocky Horror Picture Show", and dealing with the loss of a good friend and his favorite aunt. 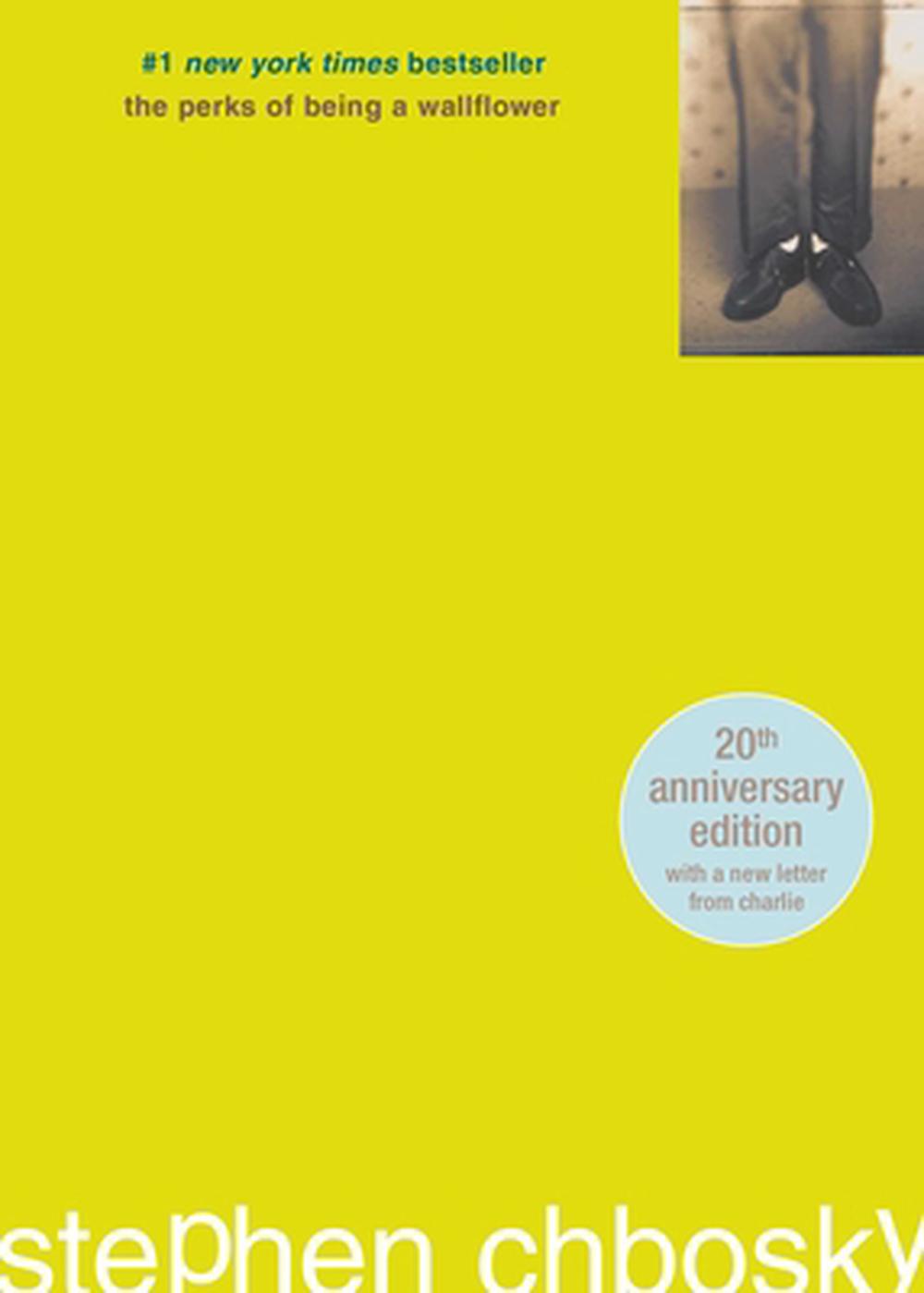 OTHER FORMATS:
PUBLISHED: 28th February 1999
ISBN: 9780671027346
ANNOTATION:
Caught between trying to live his life and trying to run from it, Charlie is navigating through the strange worlds of love, drugs, "The Rocky Horror Picture Show", and dealing with the loss of a good friend and his favorite aunt.

Caught between trying to live his life and trying to run from it, Charlie is navigating through the strange worlds of love, drugs, "The Rocky Horror Picture Show", and dealing with the loss of a good friend and his favorite aunt.

Standing on the fringes of life...

offers a unique perspective. But there comes a time to see what it looks like from the dance floor.

This haunting novel about the dilemma of passivity vs. passion marks the stunning debut of a provocative new voice in contemporary fiction: "The Perks of Being a Wallflower."

This is the story of what it's like to grow up in high school. More intimate than a diary, Charlie's letters are singular and unique, hilarious and devastating. We may not know where he lives. We may not know to whom he is writing. All we know is the world he shares. Caught between trying to live his life and trying to run from it puts him on a strange course through uncharted territory. The world of first dates and mixed tapes, family dramas and new friends. The world of sex, drugs, and "The Rocky Horror Picture Show, " when all one requires is that perfect song on that perfect drive to feel infinite.

Through Charlie, Stephen Chbosky has created a deeply affecting coming-of-age story, a powerful novel that will spirit you back to those wild and poignant roller coaster days known as growing up.

Stephen Chbosky grew up in Pittsburgh, Pennsylvania, and graduated from the University of Southern California's Filmic Writing Program. His first film, "The Four Corners of Nowhere, " premiered at the 1995 Sundance Film Festival and went on to win Best Narrative Feature honors at the Chicago Underground Film Festival. He is the recipient of the Abraham Polonsky Screenwriting Award for his screenplay "Everything Divided" as well as a participant in the Sundance Institute's filmmakers' lab for his current project, "Fingernails and Smooth Skin." Chbosky lives in New York.

"The Perks of Being a

A novel of surviving adolescence in a US high school, presented as a series of letters written by the protagonist, Charlie, to an anonymous recipient. Charlie does not entirely fit in but nor is he a total outsider. Sitting on the fringes he undergoes the standard teenage rites of passage; suicide, sexuality, first love, first kiss, first joint. The author does achieve a believable 15-year-old voice but this is just a nice kid with a few problems; as a subject, Generation X is desperately boring. This is a universe away from the psychotic intensity of Catcher in the Rye - read Salinger's classic instead for a better look at problem adolescence. (Kirkus UK)

Aspiring filmmaker/first-novelist Chbosky adds an upbeat ending to a tale of teenaged angst - the right combination of realism and uplift to allow it on high school reading lists, though some might object to the sexuality, drinking, and dope-smoking. More sophisticated readers might object to the rip-off of Salinger, though Chbosky pays homage by having his protagonist read Catcher in the Rye. Like Holden, Charlie oozes sincerity, rails against celebrity phoniness, and feels an extraliterary bond with his favorite writers (Harper Lee, Fitzgerald, Kerouac, Ayn Rand, etc.). But Charlie's no rich kid: the third child in a middle-class family, he attends public school in western Pennsylvania, has an older brother who plays football at Penn State, and an older sister who worries about boys a lot. An epistolary novel addressed to an anonymous "friend," Charlie's letters cover his first year in high school, a time haunted by the recent suicide of his best friend. Always quick to shed tears, Charlie also feels guilty about the death of his Aunt Helen, a troubled woman who lived with Charlie's family at the time of her fatal car wreck. Though he begins as a friendless observer, Charlie is soon pals with seniors Patrick and Sam (for Samantha), stepsiblings who include Charlie in their circle, where he smokes pot for the first time, drops acid, and falls madly in love with the inaccessible Sam. His first relationship ends miserably because Charlie remains compulsively honest, though he proves a loyal friend (to Patrick when he's gay-bashed) and brother (when his sister needs an abortion). Depressed when all his friends prepare for college, Charlie has a catatonic breakdown, which resolves itself neatly and reveals a long-repressed truth about Aunt Helen. A plain-written narrative suggesting that passivity, and thinking too much, lead to confusion and anxiety. Perhaps the folks at (co-publisher) MTV see the synergy here with Daria or any number of videos by the sensitive singer-songwriters they feature. (Kirkus Reviews)

Commended for Capitol Choices: Noteworthy Books for Children and Teens (Fourteen and Up) 1999