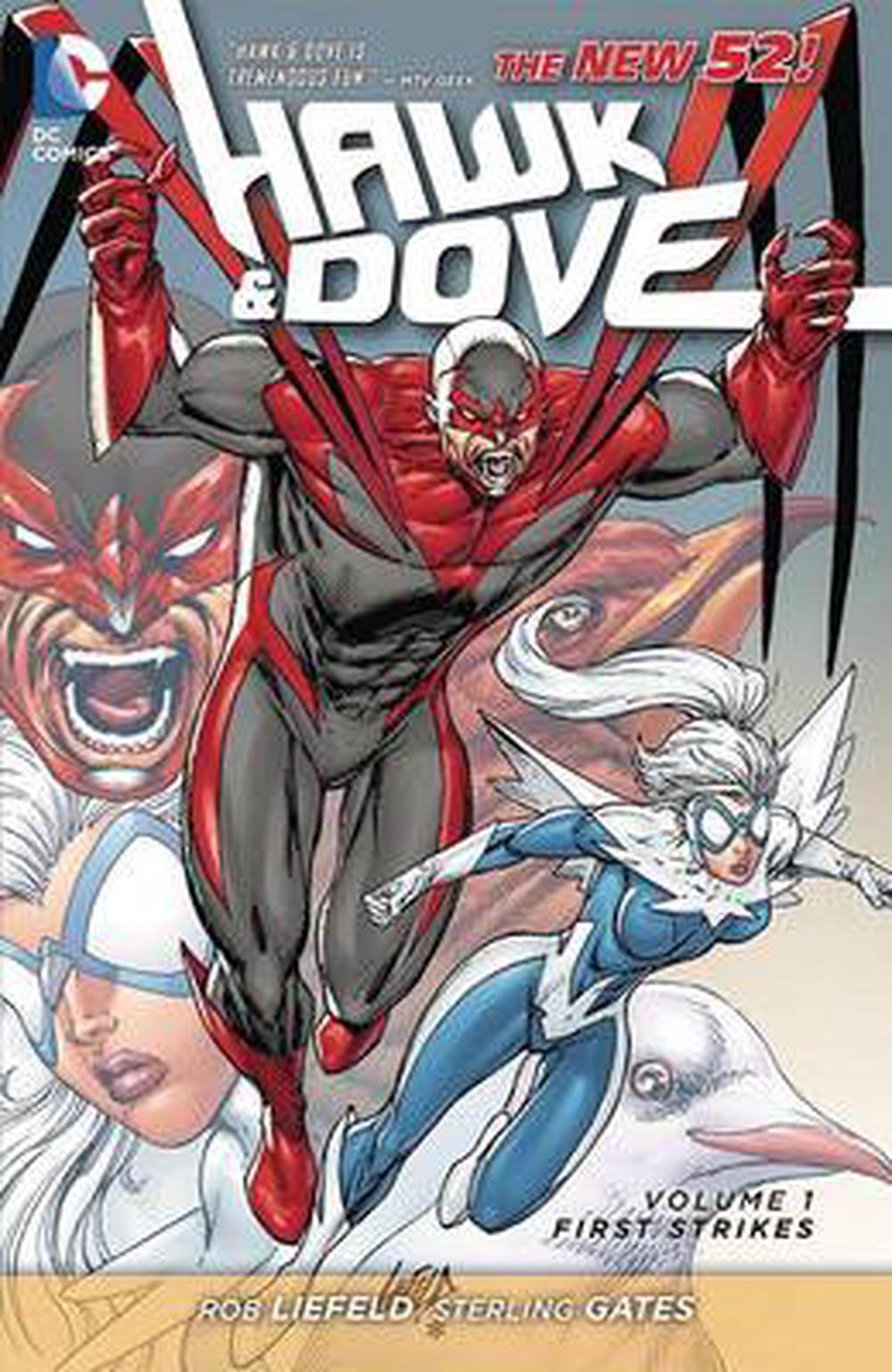 As a part of the acclaimed DC Comics - The New 52, Hank Hall is not happy. He's not happy to have Dawn Granger as a new partner in his war on crime. He's not happy that she's dating the ghostly Super Hero, Deadman. He's not happy to learn that someone is trying to plunge the United States into a new civil war! Now it's up to Hawk and Dove to root out the forces behind this conflict and stop them before they turn the U.S. into a wasteland!And who is the monster lurking in the shadows, watching Hawk and Dove from afar? Find out in this new series from Sterling Gates (FLASHPOINT- KID FLASH LOST) and artist Rob Liefeld (X-Force, Youngblood)! his volume collects issues 1-7 of Hawk and Dove, part of the DC Comics - The New 52 event.

Sterling Gates is the acclaimed writer of SUPERGIRL and SUPERMAN- WORLD OF NEW KRYPTON, as well as contributing to DC's BLACKEST NIGHT epic.