ISBN: 9781631409950
ANNOTATION:
Mummies have terrifyingly appeared in movies, pulp ficition, and in banned pre-code comic books. This tome unleashes the best of those comics from their musty sarcophagi. 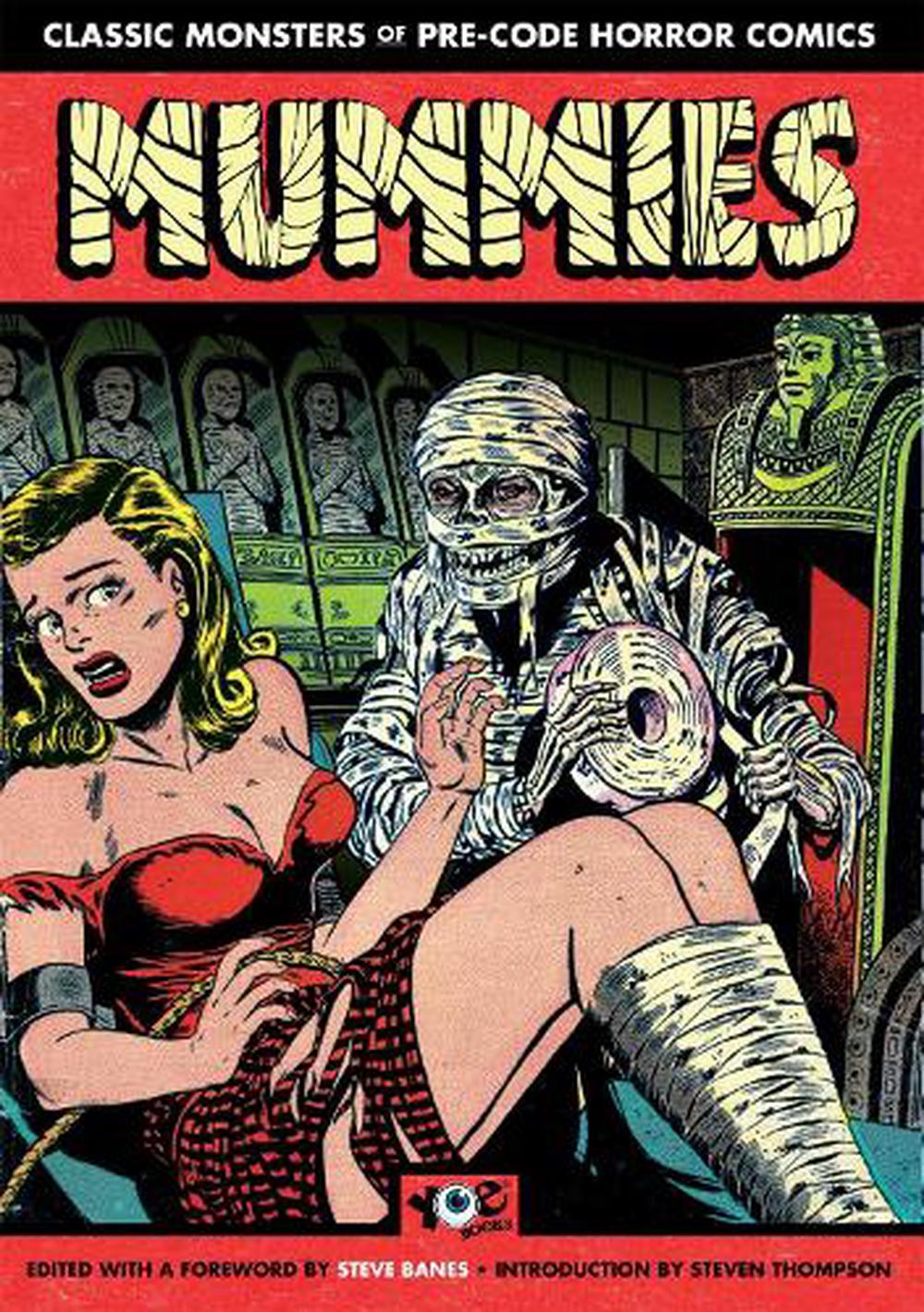 Mummies have terrifyingly appeared in movies, pulp ficition, and in banned pre-code comic books. This tome unleashes the best of those comics from their musty sarcophagi.

Movie mummies will be terrorizing theater goers! Now, from the boils and ghoul who bring you Haunted Horror, scream with delight over these stories unleashed from Pre-Code horror comics... SEE! The brutal attack of "The Living Mummies!" SENSE! The strangest "Case of the Beckoning Mummy!" FEEL! As "The Unburied Mummy" intensifies its powerful grip upon your puny throat! And there's a tomb-full more! PLUS! A crumbling gallery of classic mummy comic book covers, and spine-tinglIng guest appearances by Frankenstein's Monster and Charlie Chan! You'll be screaming for your mommy as MUMMIES! shamble into your trembling hands!

Vice magazine has called Yoe the "Indiana Jones of comics historians." Publisher Weekly says he's the "archivist of the ridiculous and the sublime" and calls his work "brilliant." The Onion calls him "the celebrated designer,"The Library Journal,"a comics guru. "BoingBoing hails him "a fine cartoonist and a comig book historian of the first water." Yoe was Creative Director/Vice President/ General Manager of Jim Henson's Muppets, and a Creative Director at Nickelodeon and Disney. Craig has won an Eisner Award and the Gold Medal from the Society of Illustrators.