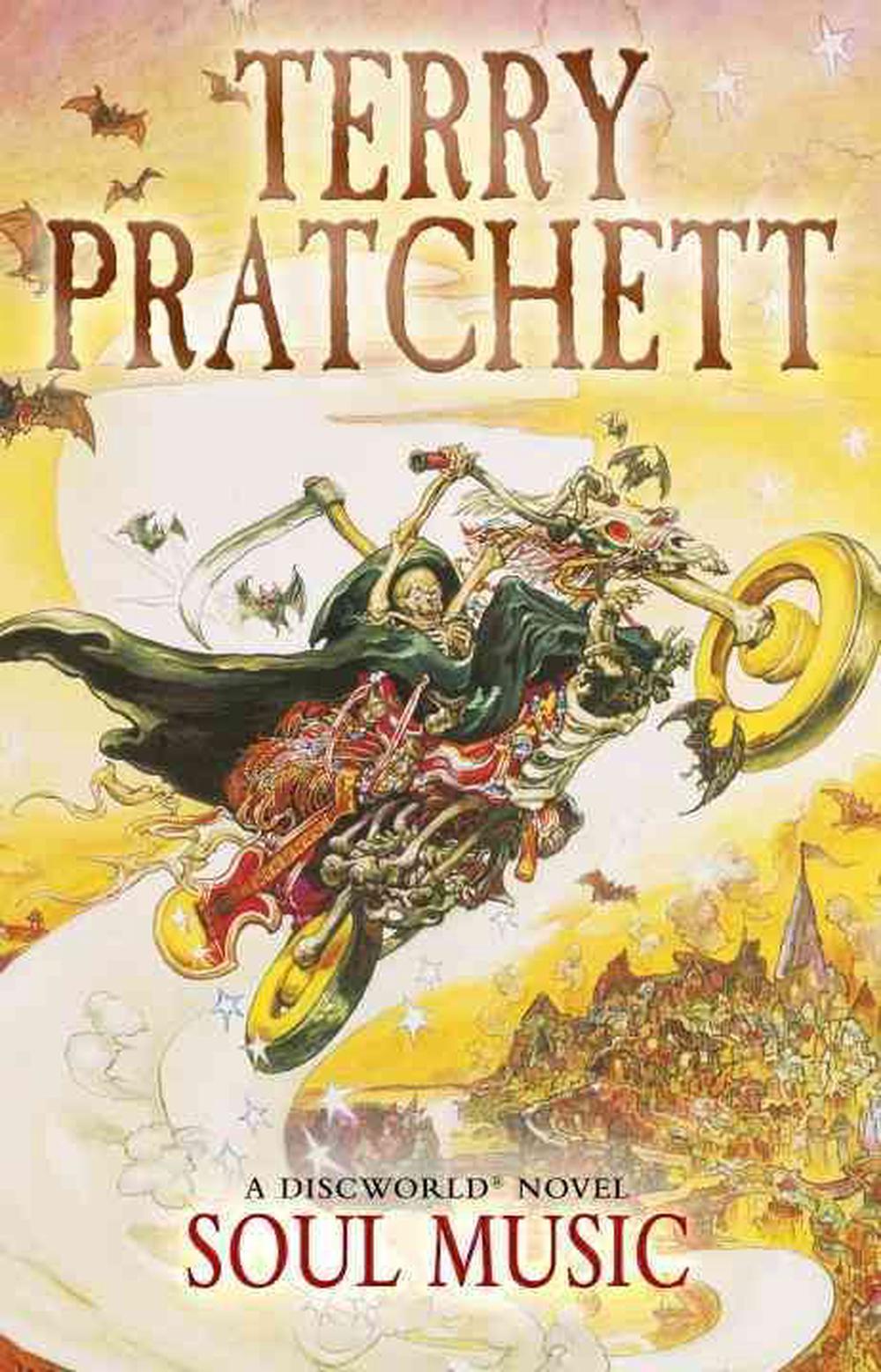 This is a story about sex and drugs and Music With Rocks In. Well... ...one out of three ain't bad.

Being sixteen is always difficult, even more so when there's a Death in the family.

This is a story about sex and drugs and Music With Rocks In. Well... ...one out of three ain't bad.

Being sixteen is always difficult, even more so when there's a Death in the family. After all, it's hard to grow up normally when Grandfather rides a white horse and wields a scythe. Especially if he decides to take a well-earned moment to uncover the meaning of life and discover himself in the process, so that you have to take over the family business, and everyone mistakes you for the Tooth Fairy.

And especially when you have to face the new and addictive music that has entered Discworld. It's lawless. It changes people. It's got a beat and you can dance to it.

It's called Music With Rocks In.

And it won't fade away.

Terry Pratchett was the acclaimed creator of the global bestselling Discworld series, the first of which, The Colour of Magic, was published in 1983. In all, he was the author of over fifty bestselling books. His novels have been widely adapted for stage and screen, and he was the winner of multiple prizes, including the Carnegie Medal, as well as being awarded a knighthood for services to literature. He died in March 2015.

'Like Jonathan Swift, Pratchett uses his other world to hold up a distorting mirror to our own, and like Swift he is a satirist of enormous talent ... incredibly funny ... compulsively readable' The Times 'His spectacular inventiveness makes the Discworld series one of the perennial joys of modern fiction' Mail on Sunday 'The great Terry Pratchett, whose wit is metaphysical, who creates an energetic and lively secondary world, who has a multifarious genius for strong parody ... who deals with death with startling originality. Who writes amazing sentences' New York Times 'Very clever madcap satire which has universal appeal. If you haven't tried him, this is a fun one to start with' Today 'Pratchett lures classical themes and popular mythologies into the dark corners of his imagination, gets them drunk and makes them do things you wouldn't dream of doing with an Oxford don' Daily Mail