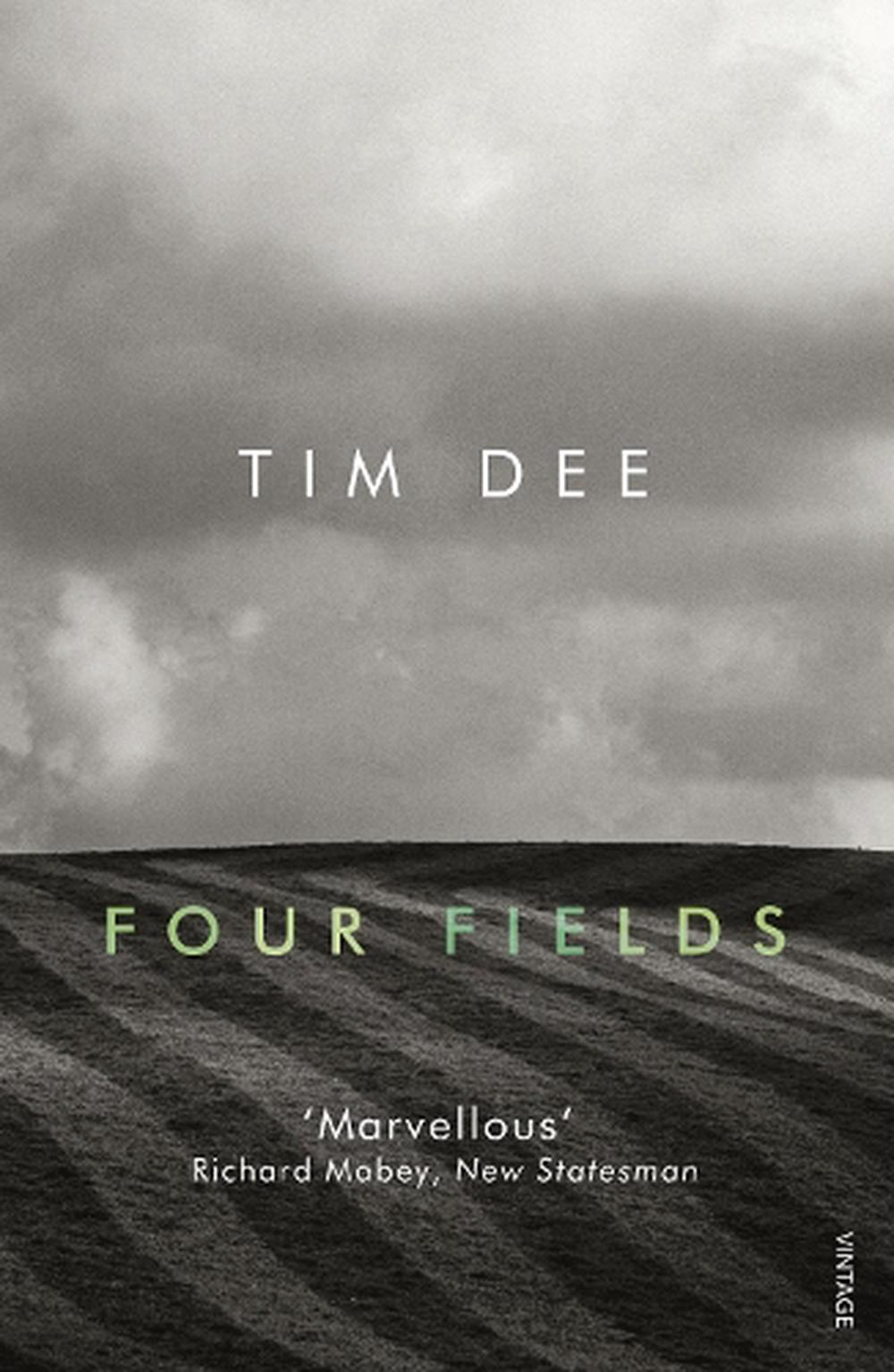 OTHER FORMATS:
PUBLISHED: 28th August 2014
ISBN: 9780099541370
ANNOTATION:
Four fields spread around the world: their grasses, their hedges, their birds, their skies, and their natural and human histories. Four real fields - walkable, mappable, man-made, mowable and knowable, but also secretive, mysterious, wild, contested and changing. This book tells the story of four green fields.

Four fields spread around the world: their grasses, their hedges, their birds, their skies, and their natural and human histories. Four real fields - walkable, mappable, man-made, mowable and knowable, but also secretive, mysterious, wild, contested and changing. This book tells the story of four green fields.

In his first book since the acclaimed The Running Sky Tim Dee tells the story of four green fields. Four fields spread around the world- their grasses, their hedges, their birds, their skies, and their natural and human histories. Four real fields - walkable, mappable, man-made, mowable and knowable, but also secretive, mysterious, wild, contested and changing. Four fields - the oldest and simplest and truest measure of what a man needs in life - looked at, thought about, worked in, lived with, written.

Dee's four fields, which he has known for more than twenty years, are the fen field at the bottom of his Cambridgeshire garden, a field in southern Zambia, a prairie field in Little Bighorn, Montana, USA, and a grass meadow in the exclusion zone at Chernobyl, Ukraine. Meditating on these four fields, Dee makes us look anew at where we live and how. He argues that we must attend to what we have made of the wild, to look at and think about the way we have messed things up but also to notice how we have kept going alongside nature, to listen to the conversation we have had with grass and fields.

Four Fields is a profound, lyrical book by one of Britain's very best writers about nature.

Shortlisted for the 2014 Ondaatje Prize

Tim Dee has been a birdwatcher all his life. His first book, The Running Sky (2009), described his first five birdwatching decades. In the same year he collaborated with the poet Simon Armitage on the anthology The Poetry of Birds. Since then he has written and edited several critically acclaimed books- Four Fields (2013), a study of modern pastoral, which was shortlisted for the 2014 Ondaatje Prize; Ground Work (as editor, 2017), a collection of new commissioned writing on place by contemporary writers; and most recently, Landfill (2018), a modern nature-junk monograph on gulls and rubbish. He left the BBC in 2018 having worked as a radio producer for nearly thirty years. He lives in three places- in a flat in inner-city Bristol, in a cottage on the edge of the Cambridgeshire Fens, and in the last-but-one house from the south western tip of Africa, at the Cape of Good Hope.

Four Fields is an enthralling and unexpected book - or four short books - about what we have made of the natural world. The language itself is rich and loamy. There is evidence of much thought here, as well as a naturalist's profound observation. It is proof that really, there is no such thing as "nature writing" - Dee gives us the wide world and everything in it, including ourselves and all our works. -- Kathleen Jamie Guardian Dee's writing is often quietly poetic, with the spirit of Gerard Manley Hopkins hovering overhead. -- Jon Day Daily Telegraph [Dee's] descriptions are constantly inventive; wry and fearless... A project as expansive, and as mesmerizing, as a fenland sky. -- Mary Crockett Scotsman First-rate evocation of the natural world merges with an elegiac note in these rich stories of the soil. Independent Heavy with poetic resonance... [Dee] pushes the boundaries of nature writing, creating a form that is lyrical but deeply alert to ecological crisis. -- Miriam Darlington BBC Wildlife