ISBN: 9781787460645
ANNOTATION:
THE SUNDAY TIMES BESTSELLERGrand Admiral Thrawn and Darth Vader team up against a threat to the Empire in this thrilling novel from bestselling author Timothy Zahn. 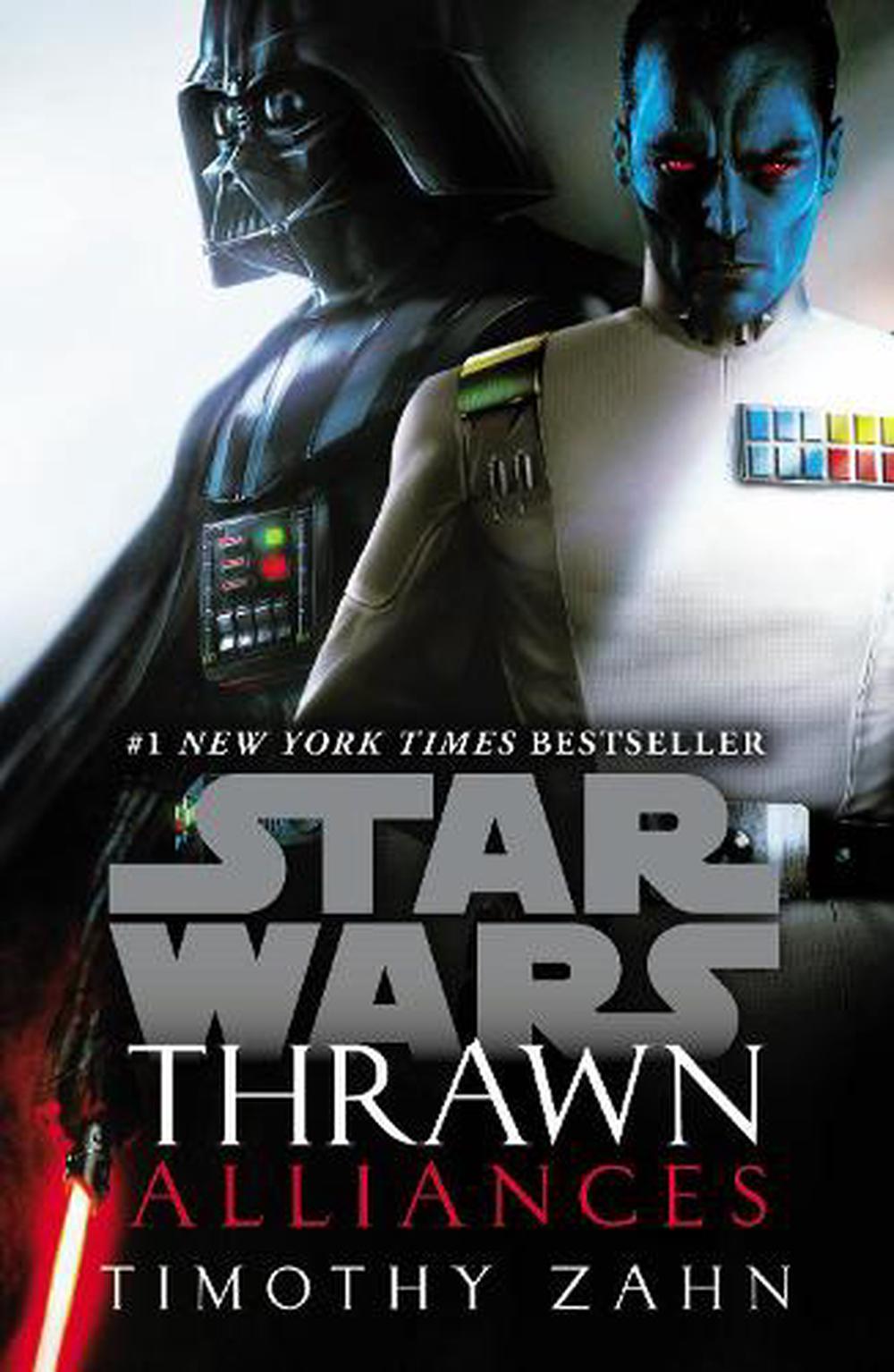 OTHER FORMATS:
ISBN: 9781787460645
ANNOTATION:
THE SUNDAY TIMES BESTSELLERGrand Admiral Thrawn and Darth Vader team up against a threat to the Empire in this thrilling novel from bestselling author Timothy Zahn.

THE SUNDAY TIMES BESTSELLERGrand Admiral Thrawn and Darth Vader team up against a threat to the Empire in this thrilling novel from bestselling author Timothy Zahn.

Grand Admiral Thrawn and Darth Vader team up against a threat to the Empire in this thrilling novel from bestselling author Timothy Zahn.

"I have sensed a disturbance in the Force."

Ominous words under any circumstances, but all the more so when uttered by Emperor Palpatine. On Batuu, at the edges of the Unknown Regions, a threat to the Empire is taking root-its existence little more than a glimmer, its consequences as yet unknowable. But it is troubling enough to the Imperial leader to warrant investigation by his most powerful agents- ruthless enforcer Lord Darth Vader and brilliant strategist Grand Admiral Thrawn. Fierce rivals for the emperor's favor, and outspoken adversaries on Imperial affairs-including the Death Star project-the formidable pair seem unlikely partners for such a crucial mission. But the Emperor knows it's not the first time Vader and Thrawn have joined forces. And there's more behind his royal command than either man suspects.

In what seems like a lifetime ago, General Anakin Skywalker of the Galactic Republic, and Commander Mitth'raw'nuruodo, officer of the Chiss Ascendancy, crossed paths for the first time. One on a desperate personal quest, the other with motives unknown . . . and undisclosed. But facing a gauntlet of dangers on a far-flung world, they forged an uneasy alliance-neither remotely aware of what their futures held in store.

Now, thrust together once more, they find themselves bound again for the planet where they once fought side by side. There they will be doubly challenged-by a test of their allegiance to the Empire . . . and an enemy that threatens even their combined might.

Timothy Zahn is the author of more than forty novels, nearly ninety short stories and novellas, and four short-fiction collections. In 1984, he won the Hugo Award for Best Novella. Zahn is best known for his Star Wars novels (Heir to the Empire, Dark Force Rising, The Last Command, Specter of the Past, Vision for the Future, Survivor's Quest, Outbound Flight, Allegiance, Choices of One, and Scoundrels), with more than four million copies of his books in print. Other books inlcude the Cobra series, the Quadrail series, and the young adult Dragonback series. Zahn has a B.S. in physics from Michigan State University and an M.S. from the University of Illinois. He lives with his family on the Oregon coast.

Classic Zahn ...A fun Star Wars action story Talk Star Wars Podcast The must-have original Star Wars novel of the year so far Star Wars Afiacnado (For Thrawn) 'A must-read for either fans of the Clone Wars or Rebels TV series' Nudge Zahn's grasp of the STAR WARS universe and its characters never fails to be impeccable, with Alliances yet another classy read...[Zahn is] truly at his best here in the printed dimension- calculated, subtly menacing and, above all else, distinctly alien Star Wars Aficionado 'With Zahn at the height of his skills as a sci-fi writer, this latest instalment explores Thrawn's past... a bad guy double bill' Starburst