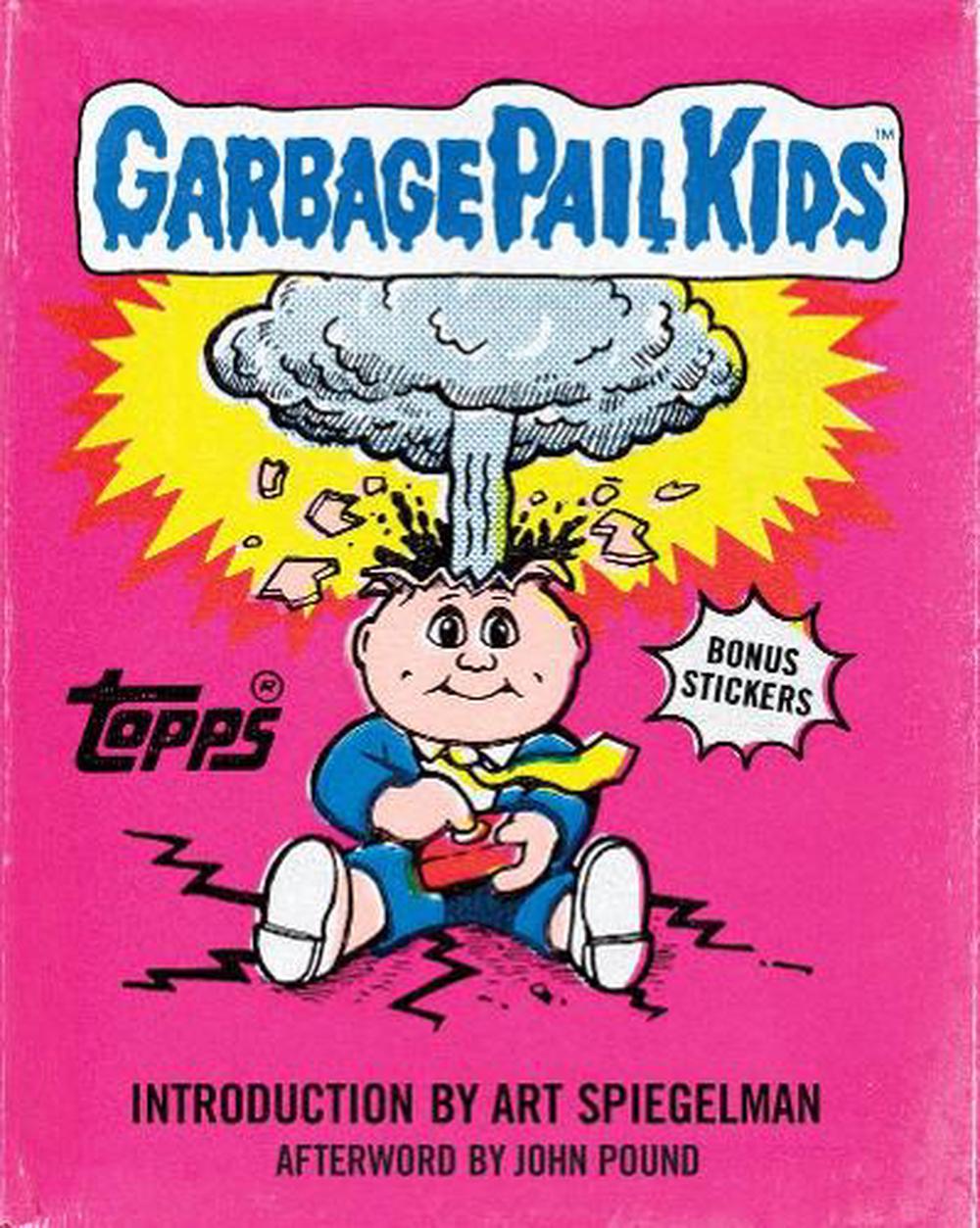 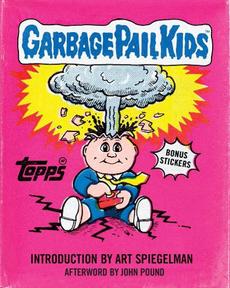 For the first time, all 206 rare and hard-to-find images from the Garbage Pail Kids Series 1 through 5 are collected in an innovative package, guaranteed to appeal to die-hard collectors and new fans.

Garbage Pail Kids—a series of collectible stickers produced by Topps in the 1980s—combined spectacular artwork and over-the-top satire. The result was an inspired collaboration between avant-garde cartoonists and humorists including Art Spiegelman, Mark Newgarden, John Pound, Tom Bunk, and Jay Lynch. A new generation of fans continues to embrace this pop-culture phenomenon as Garbage Pail Kids stickers are still being published. Now, for the first time, all 206 rare and hard-to-find images from Series 1 through 5 are collected in an innovative package, along with a special set of four limited-edition, previously unreleased bonus stickers. This exciting follow up to "Wacky Packages" is guaranteed to appeal to die-hard collectors as well as a new generation of fans. Praise for "Garbage Pail Kids: " "If you ask me, reliving my time with Bad Breath Seth and Potty Scotty is worth the cover price alone." —USAToday.com""

"I worried that the Garbage Pail Kids] might seem too time-bound for their own good; but if anything, 27 years later, they're more poignant. Maybe it's because I'm a worried, concerned adult, but more likely it's because nothing is ever as funny as it is when you're ten years old—and everything is a lot scarier." —CapitalNewYork.com "The book is a wonderfully designed tribute to these shit-disturbing cards in all their graphic, full-color glory." —ComicsBeat.com "There's a lot of interesting stuff in Spiegel man's intro, and in the afterward by John Pound, the artist who originated and drew the bulk of the Kids. But the real reason to buy this book is for the graphic brilliance of the art itself..." —"Boston Phoenix"

The Topps Company, Inc., founded in 1938, is best known as a leading producer of baseball cards and other trading cards and stickers. They are also known for Bazooka bubblegum, which was introduced in 1947.