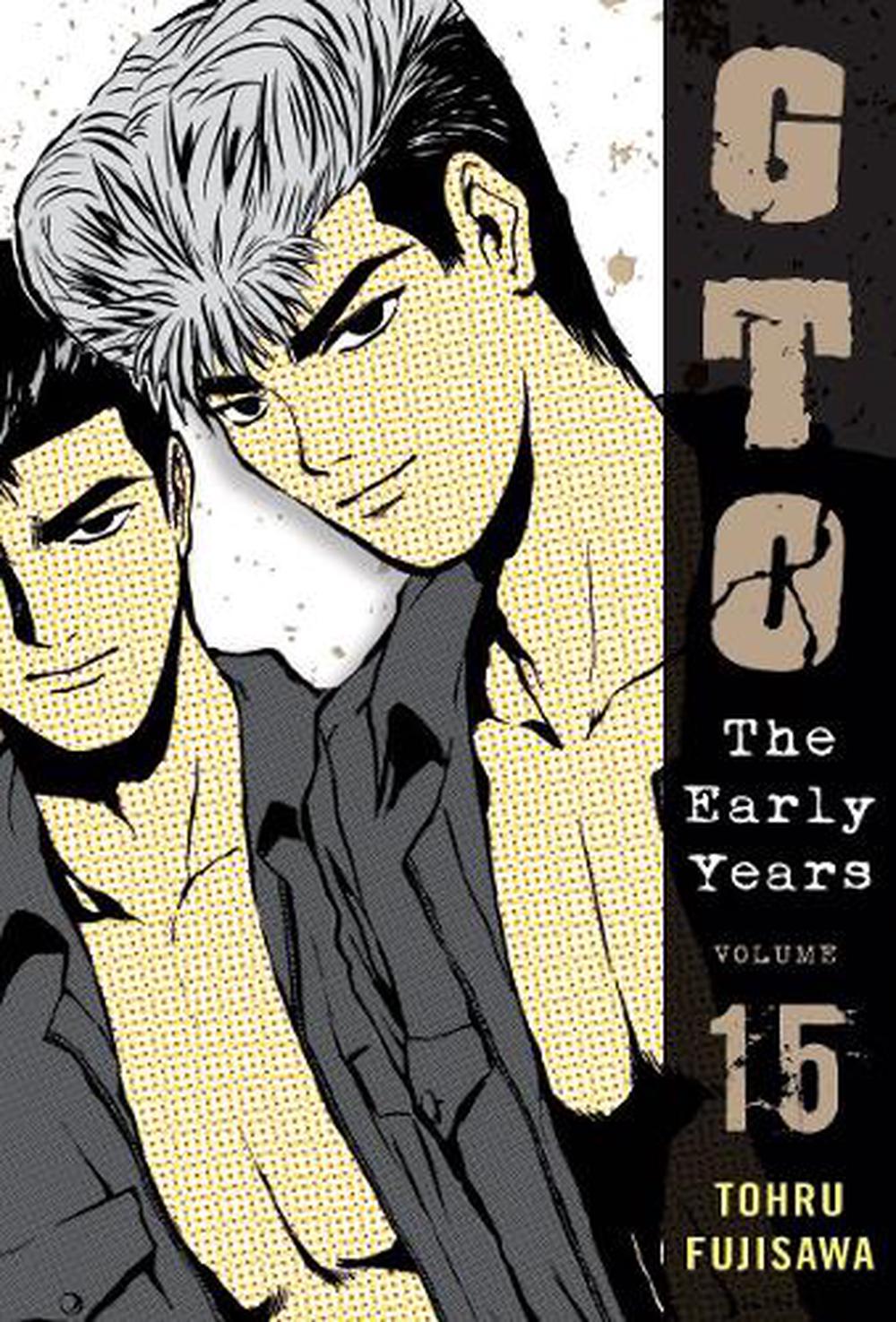 First published in Japan in 1996 by Kodansha Ltd.

The time has come...High School is almost over and their future awaits. Onizuka must figure out what his relationship with his best friends are and Danma must make his final decision on his romance life. Both have been through a lot over the last 6 years but in a matter of days their entire lives will be decided.

So how best to resolve these problems than by doing what teenage bikers do best...Ride the streets with their best buds and settle things with their fists!

A quick trip to the shore with Shinomi gives Onizuka a chance to tell this tough girl how he has felt about her all this time (it's a relationship that began in 7th grade). And the OniBaku have their legend come to a formal conclusion as the two brothers-in-arms take on each other before hundreds in Shonan for the first and final time! And when the dust settles the two friends, beaten and battered, leap from a 5-story building to their end... The end of their time as Street Performers! Now they will go their seperate ways - one to Tokyo and one to Yokohama - to make it on their own as adults! It's the Shonan way!

Born in 1967, Tohru Fujisawa is a veteran Japanese comic artist and multimillion unit seller. Best known globally for his international sensation Great Teacher Onizuka (GTO), Fujisawa was the 22nd Kodansha Comic Award Winner in 1998 for his work on the hit series. The GTO property would go on to inspire two animated TV series and an internationally distributed live action TV series by the same name. Since GTO Fujisawa has gone on to pen thirteen more comic series, with four of those properties landing on American shores. Fujisawa continues to be one of the most beloved manga artists of this generation.