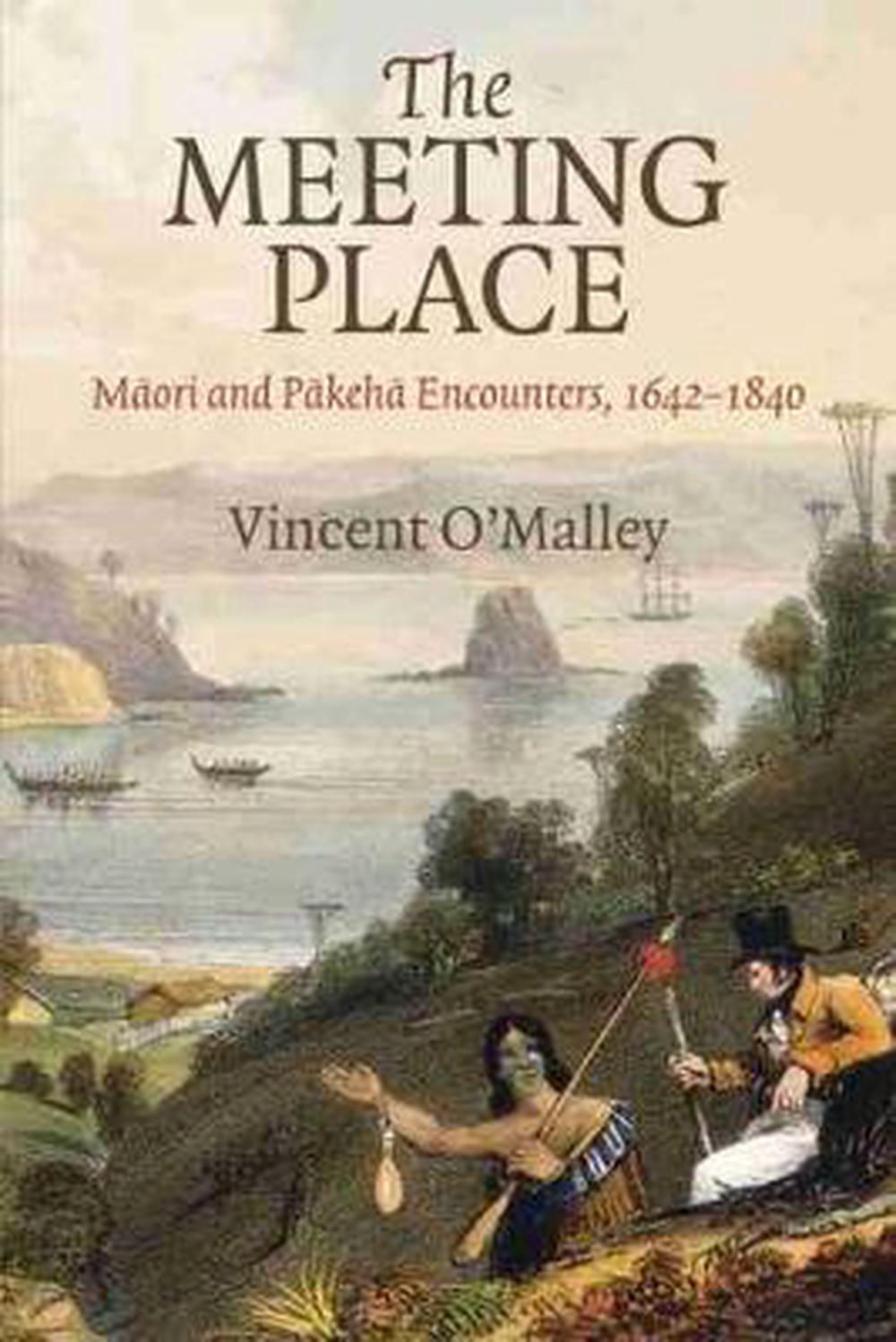 The Meeting Place is an examination of relationships between Maori and Pakeha focusing predominantly on the period between 1814 and 1840 when, author Vincent O'Malley argues, both peoples lived / inhabited a 'middle ground' - in the historian's Richard White's phrase - in which neither could dictate the political, economic or cultural rules. O'Malley begins by introducing readers to pre-1814 encounters between Maori and European from Tasman and Cook to sealers and whalers. He then provides a thematic analysis of the 1814 to 1840 period, looking at economic, religious, political and sexual encounters as Maori and Pakeha sorted through the meanings of land, money, gods, leaders and sex. Finally, he looks at why and how the middle ground gave way to a world in which Pakeha had enough power to dictate terms. The Meeting Place draws on an impressive range of sources to offer a welcome addition to works concerning Maori-Pakeha interaction in the eighteent and early nineteenth centuries including those by Anne Salmond, James Belich, Judith Binney, Hazel Petrie, and others. It will appeal to the every general reader interested in New Zealand history but will also be useful for teaching. Its coverage of several major historical debates is likely to serve existing university courses throughout New Zealand as well as the senior secondary school curriculum.

Vincent O'Malley was the first PhD graduate in New Zealand Studies from Victoria University of Wellington. He is the author of Agents of Change: Maori Committees in the 19th Century, a co-author of The Beating Heart: A Political and Socio-Economic History of Te Arawa and a co-editor of The Treaty of Waitangi Companion (AUP, 2010). He runs HistoryWorks, a private Wellington-based company specialising in Treaty research and reports.

"Indeed an ideal companion for students to the more standard treaty 'texts' and for the general reader with a genuine interest in the unique foundations of bi-cultural relations in Aotearoa New Zealand today." --Mana Magazine on The Treaty of Waitangi Companion