Living in the Anthropocene 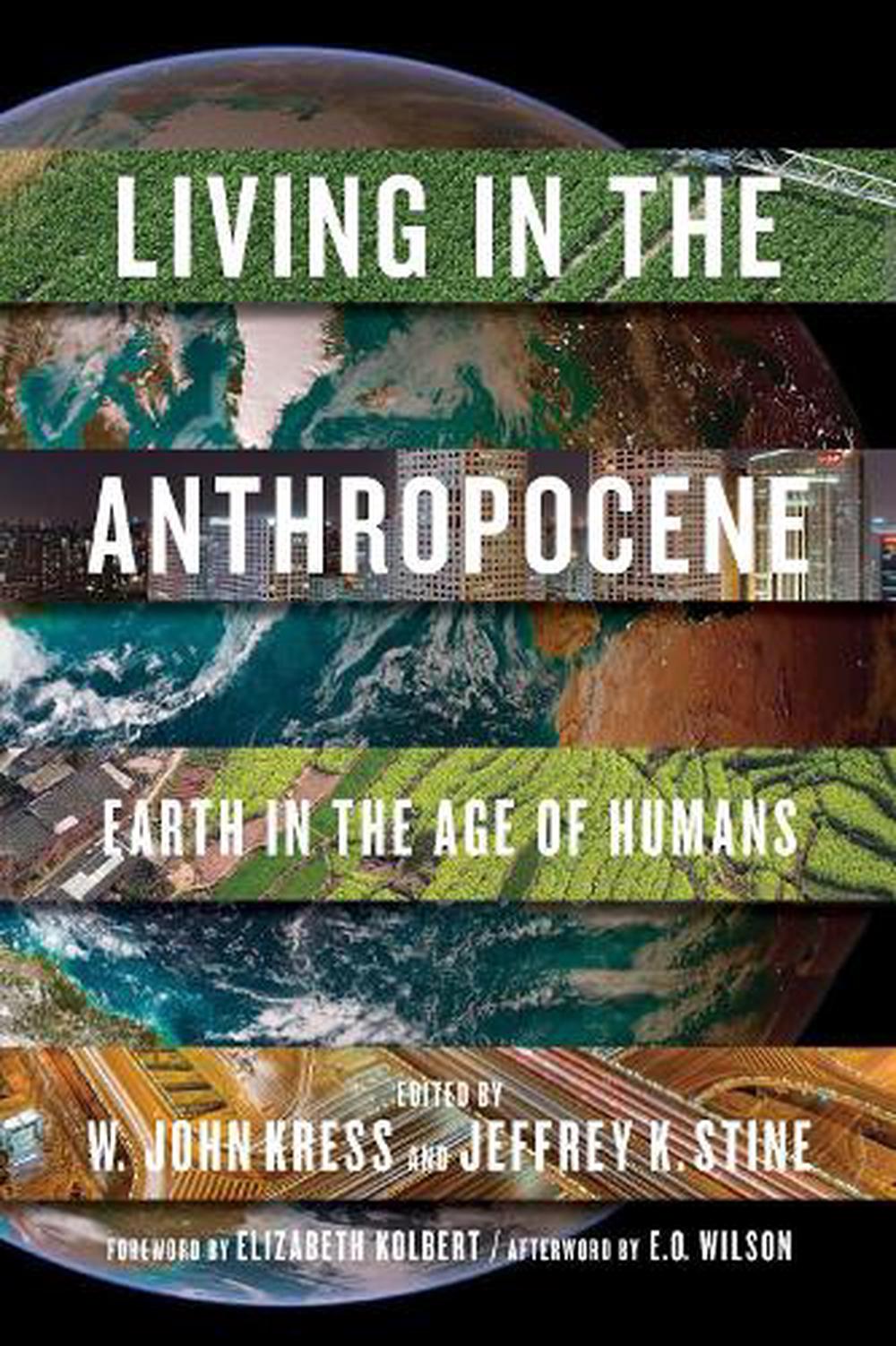 Although we arrived only recently in Earth's timeline, humans are driving major changes to the planet's ecosystems. Even now, the basic requirements for human life--air, water, shelter, food, nature, and culture--are rapidly transforming the planet as billions of people compete for resources. These changes have become so noticeable on a global scale that scientists believe we are living in a new chapter in Earth's story- the Anthropocene, or Age of Humans. Living in the Anthropocene- Earth in the Age of Humans is a vital look at this era. The book contextualizes the Anthropocene by presenting paleontological, historical, and contemporary views of various human effects on Earth. It discusses environmental and biological systems that have been changed and affected; the causes of the Anthropocene, such as agricultural spread, pollution, and urbanization; how societies are responding and adapting to these changes; how these changes have been represented in art, film, television, and literature; and finally, offers a look toward the future of our environment and our own lives.

W. JOHN KRESS, a distinguished scientist and curator of botany at the National Museum of Natural History, formerly served at the Smithsonian as the Grand Challenges Consortia's director of science and the interim undersecretary for science. Trained in evolutionary biology, systematics, and ecology, he is also the author of The Weeping Goldsmith- Discoveries in the Secret Land of Myanmar. JEFFREY K. STINE is curator for environmental history at the National Museum of American History and the author of the award-winning books Mixing the Waters- Environment, Politics, and the Building of the Tennessee-Tombigbee Waterway and America's Forested Wetlands- From Wasteland to Valued Resource.

WASHINGTON POST Kress is the co-editor of "Living in the Anthropocene," a new book by the Smithsonian that puts our current dynamic age in context through more than 30 essays by experts in disparate fields all affected by our changing planet. SIERRA Each essayist grapples with where we've been (the Holocene and the end we have brought to that era), where we are now (rising sea levels, storms of increasing frequency, dramatic temperature fluctuations, and a timid global response), and where we are going...the book is itself a kind of road map for how to think about the new world we are entering, and how to cope with and chase away its many dragons.

KIRKUS REVIEWS Original essays by leading scientists, historians, archaeologists, and anthropologists that address the related problems of unchecked population growth, scarcity of resources, climate change, and environmental pollution.Like many ecologically minded authors and thinkers before them, National Museum of Natural History curators Kress (The Weeping Goldsmith: Discoveries in the Secret Land of Myanmar, 2009, etc.) and Stine (America's Forested Wetlands from Wasteland to Valued Resources, 2008, etc.) warn that these complex, still-to-be-resolved issues will endanger humanity's future if they are not addressed immediately. As the title suggests, human activities have transformed terrestrial and maritime habitats, causing mass extinctions of other species at an unprecedented rate, comparable to a geologic turning point. "Our planet," they write, "has been experiencing a multitude of dramatic and far-reaching changes." The articles are grouped into five sections: "A Changing Planet," "Drivers of Change," "Responding to Change," "Visual Culture," and "The Way Forward." Smithsonian Institute geologist Scott L. Wing sets the tone in the first section. "We are no longer a bit player in the story of this planet," he writes, and "the influence of our actions now will change the global environment for at least hundreds of human generations to come." In the second section the editors suggest that we must widen our notion of biosphere pollution to include "space junk" like "expended rockets...and dead satellites." In "Black and Green," Lonnie G. Bunch III, the founding director of the National Museum of African American History and Culture, points to the interconnections among environmental and racial issues created by the segregation in urban housing. In an upbeat afterword, renowned biologist and naturalist professor Edward O. Wilson emphasizes that if humanity passes through the current "bottleneck of overpopulation and environmental destruction...human existence could be a paradise compared to today." New Yorker writer Elizabeth Kolbert provides the foreword, and other contributors include Stephen J. Pyne, Wade Davis, and Kelly Chance. A valuable contribution to the ecological bookshelf.

PUBLISHERS WEEKLY Kress (The Weeping Goldsmith) and Stine (America's Forested Wetlands)--curators at the National Museum of Natural History and National Museum of American History, respectively--collect 31 essays representing a broad array of disciplinary approaches to the topic of the Anthropocene. Scientists, humanists, and artists offer their perspectives on the sort of future they envision while providing advice on the action needed to help shape that future. Though the voices are diverse, three major themes emerge. First, most of the authors are hopeful that there is still time for positive action. Second, despite that hope, most opine that time is short and meaningful action must be taken soon. Third, all agree that the future will look quite different from the present, from both social and ecological perspectives. For example, filmmaker John Grabowska explains the need to balance hope and despair in environmental films: "Natural history films must illuminate the realities of living in the Anthropocene while reminding audiences that the natural world is precious and valuable." For their part, botanists Ari Novy, Peter H. Raven, and Holly H. Shimizu discuss possibilities associated with urban agriculture, which in addition to its ecological benefits may serve to build "community cohesion." With so many perspectives present, there's something of interest to a wide array of readers.

BOOKLIST The authors of this essay collection propose that the changes wrought by humans have created a new era, the Anthropocene, or the age of man. Arranged in sections from "A Changing Planet" to "The Way Forward," the pieces range in quality and originality (those addressing climate change necessarily present known facts), with most of them very good and some excellent. Overall, the book takes the pragmatic view that we are in uncharted and precarious waters, and our job is to find a way forward. Also refreshing are looks at less studied issues, such as the effects of globalism on indigenous populations and how artists are portraying and influencing this new world. These essays are solid introductions for those seeking more awareness of the world around them; this audience will appreciate the further-reading list provided. For analysis of more personal changes caused by globalism, an ideal companion to this macro view is Dan Barber's The Third Plate: Field Notes on the Future of Food (2014).

LIBRARY JOURNAL In this collection of interdisciplinary essays, edited by curator of botany Kress (National Museum of Natural History; The Weeping Goldsmith: Discoveries in the Secret Land of Myanmar) and curator for environmental history Stine (National Museum of Natural History; Mixing the Waters: Environment, Politics, and the Building of the Tennessee-Tombigbee Waterway), experts address human-driven biogeochemical changes to the earth. The Anthropocene is the epoch defined by human alterations to the environment, as opposed to past environmental changes such as the ice ages. The exact start of this era is up for debate (and discussed in some of the essays), but it continues to the present day. The pieces are grouped into five areas: changes to the planet, causes of these transformations, human response, the role of visual culture as changes occur, and a look at the socioeconomic changes and environmental management needed to move forward. Color plates of the artwork discussed in the chapter on visual culture are included. The contributors come from a wide range of disciplines, such as archaeology, anthropology, economics, history, and art history, providing readers with different perspectives on the subject. VERDICT An excellent offering for those interested in environmental science and climate change.--Margaret Henderson, Ramona, CA

CHOICE Living in the Anthropocene is an edited collection of 32 essays representing a range of disciplinary and interdisciplinary perspectives on the Anthropocene, the name given to the current geological epoch in which human activities are considered a major agent of change on our planet. While the Anthropocene includes anthropogenic climate change, the term encompasses a much broader range of environmental shifts, including changes in agricultural practices, land use, and ocean biogeochemistry. Naturally, most research on the Anthropocene has been done by physical scientists. This text broadens how we think of the Anthropocene by complementing the traditional physical scientific approach with perspectives from leading scholars in the arts, humanities, and social sciences. The resulting collection provides a uniquely comprehensive and easy-to-follow perspective on the critical global transformation that is taking place. While there is some discussion of solutions toward the end of the collection, this is really a book about defining the Anthropocene and understanding the processes that collectively led us to this point. The wide-ranging perspectives of the contributors should broaden the view of any reader on what it means to live in the Anthropocene.--J. Schoof, Southern Illinois University

Summing Up: Highly recommended. All readers.