Charlie Chan: The Untold Story of the Honorable Detective and His Rendezvous with American History

ISBN: 9780393340396
ANNOTATION:
Shortlisted for the 2010 National Book Critics Circle Award in Biography and the 2011 Edgar Award for Best Critical/Biographical Book: An ingenious and absorbing book. . . . It will permanently change the way we tell this troubled yet gripping story. Jonathan Spence 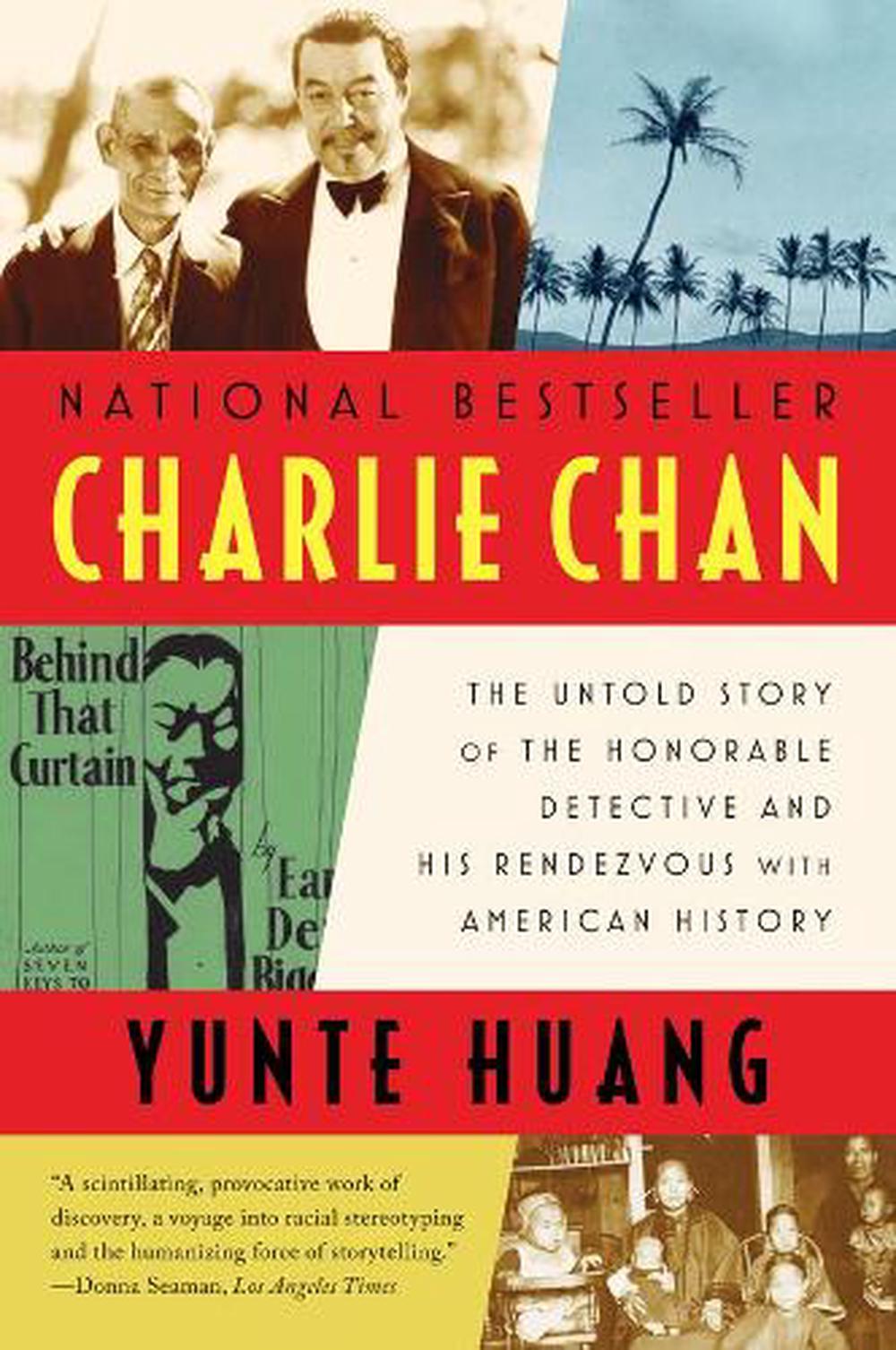 OTHER FORMATS:
ISBN: 9780393340396
ANNOTATION:
Shortlisted for the 2010 National Book Critics Circle Award in Biography and the 2011 Edgar Award for Best Critical/Biographical Book: An ingenious and absorbing book. . . . It will permanently change the way we tell this troubled yet gripping story. Jonathan Spence

Shortlisted for the 2010 National Book Critics Circle Award in Biography and the 2011 Edgar Award for Best Critical/Biographical Book: An ingenious and absorbing book. . . . It will permanently change the way we tell this troubled yet gripping story. Jonathan Spence

Hailed as irrepressibly spirited and entertaining (Pico Iyer, Time) and a fascinating cultural survey (Paul Devlin, Daily Beast), this provocative first biography of Charlie Chan presents American history in a way that it has never been told before. Yunte Huang ingeniously traces Charlie Chan from his real beginnings as a bullwhip-wielding detective in territorial Hawaii to his reinvention as a literary sleuth and Hollywood film icon. Huang finally resurrects the honorable detective from the graveyard of detested postmodern symbols and reclaims him as the embodiment of America s rich cultural diversity. The result is one of the most critically acclaimed books of the year and a deeply personal . . . voyage into racial stereotyping and the humanizing force of story telling (Donna Seaman, Los Angeles Times).

Yunte Huang is a Guggenheim Fellow and a professor of English at the University of California, Santa Barbara. He is the author of Transpacific Imaginations and Charlie Chan, which won the 2011 Edgar Award and was a finalist for the 2010 National Book Critics Circle Award in Biography. Having come of age in China as a student in the time of Tiananmen, Huang now lives in Santa Barbara, California.

"A virtuoso of curiosity... Huang digs up fascinating research on everything from the demographics of capital punishment in Honolulu to the origins of The Manchurian Candidate... a work of exhaustively researched popular history that reads like a dime-store romance." -- Pico Iyer - Time "Starred Review. This is a beautifully written analysis of racism and an appreciation of Charlie Chan and Chang Apana, made credible by Huang's background." -- Booklist "Excellent and very sympathetic...You don't need to be a fan of Charlie's to enjoy Huang's narrative, maybe because he's told so many stories here, all of them intriguing...All this-the lives of Biggers and Apana, Charlie's career in novels, movies, TV shows, cartoons, and comic books-is told in the context of an America in the throes of nativism. Asian-Americans then were held in the same suspicion and contempt directed today at Arabs and Latinos, a fact that gives this story a lamentable but inescapable currency." -- Sarah Ball - Newsweek "One of the most entertaining, informative, and provocative books I have read in a long time." -- David Thomson - New Republic "It's a story so engaging on so many levels that, as with any good detective book, you won't want to put it down." -- Elinor Lange - The Oregonian "In this original, deeply personal account, Huang illuminates every conceivable aspect of Chan and his place in American culture... vibrant narrative... Multilayered, provocative and highly accessible." -- Kirkus Reviews "Huang's history is bracing and expansive." -- Jill Lepore - The New Yorker "[A] fascinating examination of Charlie Chan that is many books in one... Huang's personal reflections are welcome interludes in this most compelling work." -- Library Journal "[A] fascinating cultural survey full of engaging tangents... one of Huang's greatest accomplishments is his vivid narration of the history of Chinese immigration to the United States... In the style of say, Louis Menand, Huang is that rare literary scholar with the light touch of a popular historian... Huang's book is perfectly timed for the era of YouTube and Netflix and so hopefully will reintroduce what was created, with all its wisdom and imperfection." -- The Daily Beast "Huang presents an absorbing study of art taking on a life of its own." -- Publishers Weekly "The most interesting story may be Huang's own. He comes to see Chan as 'both the racist heritage and the creative genius' of his adopted nation's culture." -- The Kansas City Star "Writing easily without turgid academic cant, Huang, a former restaurateur, offers a tasty narrative menu." -- San Francisco Chronicle "Charlie Chan remains, in himself, a sly and delightful figure, worthy of nostalgia-and of Huang's very original, good-humored and passionately researched book." -- Richard Schickel - The New York Times Book Review "Charlie Chan, much like the classic geisha dolls on bookcase shelves, has survived for generations as little more than a paper-thin stereotype. Now in this impressive and highly-original work, Yunte Huang has brought this fictional character out of the dusty shadows into three-dimensional life, offering us not only a picture of a little-known swath of American history, but the surprising story of this Chinese detective's American creator, and the real-life figure who inspired him." -- Arthur Golden, author of Memoirs of a Geisha "A significant work of American history written in a stimulating and masterful way. Most impressive is Yunte Huang's ability to create a nuanced cultural and racial history out of the fictional Charlie Chan." -- Peter Kwong, author of The New Chinatown "Who would think that the back-story of the fictional character Charlie Chan could be so instructive, and so timely? Huang's deft and witty recounting of how Hollywood transformed a real life detective from Hawaii into one of the most recognizable-and problematic-racial icons in movie history tells us much that we need to know about America's engagement with race and identity in the 20th century. Race was clearly more than black and white, a thing to keep in mind as we move through our increasingly multi-cultural century." -- Annette Gordon-Reed, author of The Hemingses of Monticello "[G]ripping ... Huang writes with rare personal intensity and capacious intelligence." -- Stephen Greenblatt, author of Will in the World: How Shakespeare Became Shakespeare "Witty and erudite, Charlie Chan intrigues and surprises as it unravels the three guises of this American original-a real-life, Hawaiian-born Chinese detective, a literary creation, and a movie character. Racist stereotypes, we come to see in this exemplary work, can convey monstrous fictions as well as complex, multifaceted truths." -- Gary Y. Okihiro, author of Pineapple Culture: A History of the Tropical and Temperate Zones "Provocative and totally unique, Charlie Chan expands the yellowface debate with mischievous humor and a compelling sense of irony. In bringing the actual Honolulu detective, Chang Apana and his distorted Hollywood reflections to vivid life, Yunte Huang opens up important historical perspectives that have gone previously unexamined." -- Jessica Hagedorn, editor of Charlie Chan Is Dead: An Anthology of Asian American Literature

It's a story so engaging on so many levels that, as with any good detective book, you won't want to put it down.