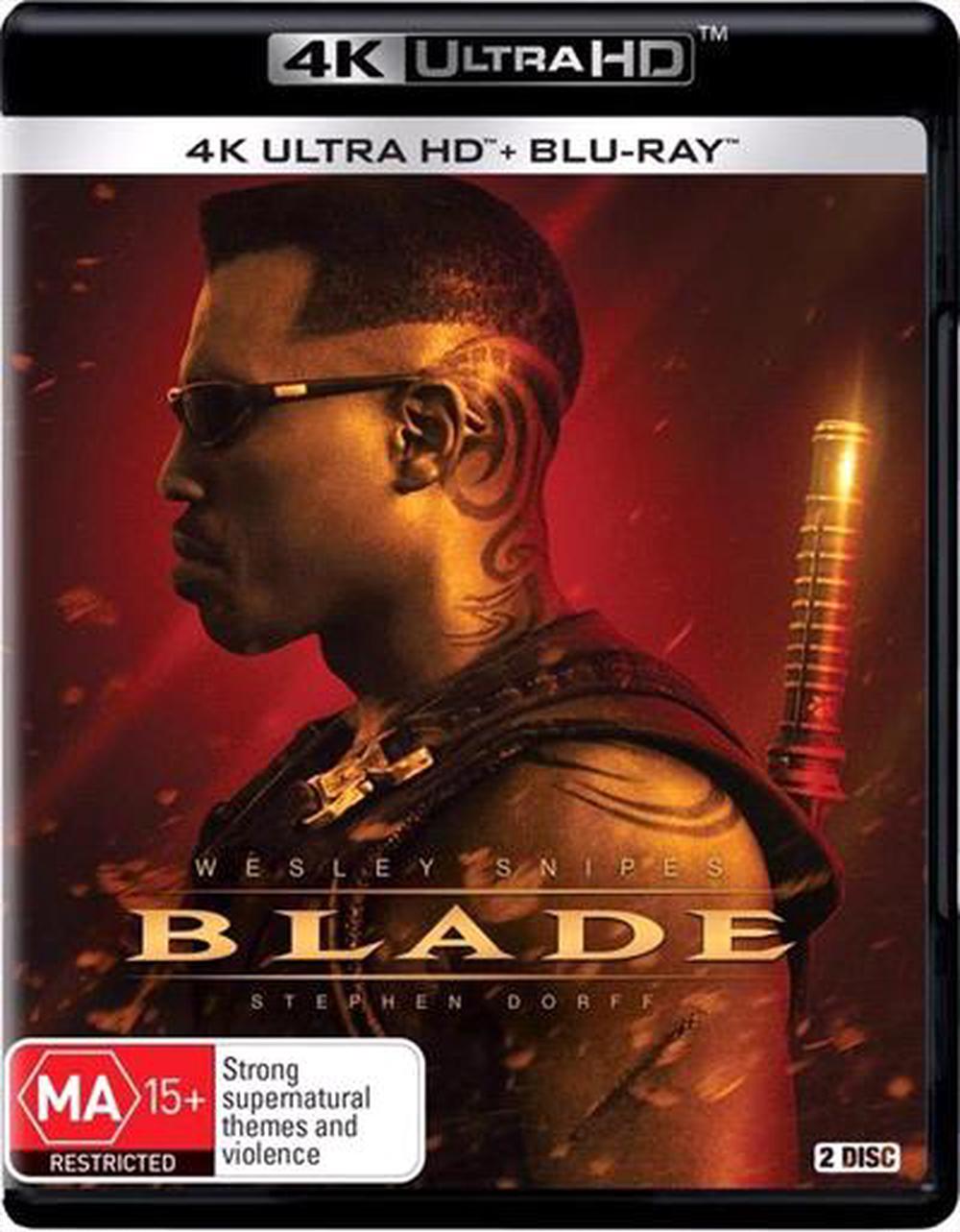 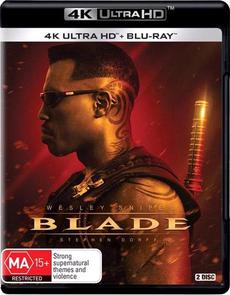 Sworn to defend humanity, although not entirely human ... Born with the cunning and superhuman power of a vampire, but able to stalk by day as well as night ... Wesley Snipes stars in this action-packed thriller as the immortal vampire hunter Blade. Awakened to consciousness--and pain--before birth by the bite of the undead vampire that kills his mother, a young boy grows into a mythical warrior bearing a blood-curse: An almost insatiable desire for blood that he must fight every moment of every day. Blade uses his awesome power to battle the vampires led by his mortal enemy, the omnipotent vampire overlord Deacon Frost. The undead have infiltrated the corridors of power intent on conquering all mankind; now, against an army of immortals, one warrior must draw first blood.