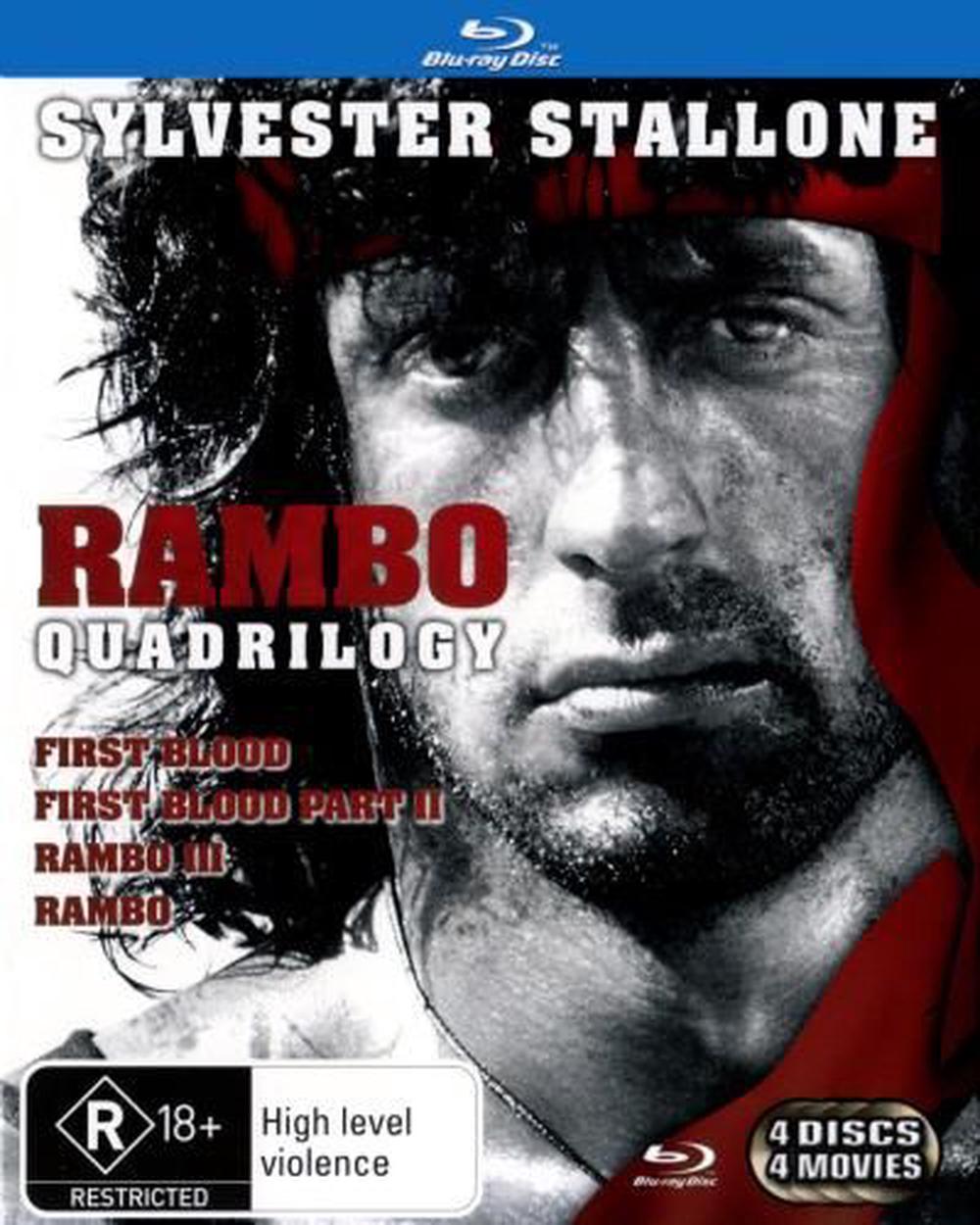 FIRST BLOOD: John Rambo (Sylvester Stallone) a former Green Beret and Medal of Honor recipient is plagued by the awful changes that are common in Vietnam veterans like himself. A drifter on his way to get some food Rambo is arrested by Will Teasle (Brian Dennehy) a small town sheriff who is used to getting things his way. Once incarcerated Rambo soon finds himself reliving the awful memories of his fighting days in the 'Nam as he is put through the basic tests that are mandatory for all prisoners of the law. Rambo escapes and what follows is an intense manhunt for a man who only "wanted something to eat." As the publicity of Rambo's one man war escalates Teasle and his posse are confronted by Colonel Trautman (Richard Crenna) Rambo's former commander and the only one who may be able to stop the terrible fate awaiting everyone involved.

FIRST BLOOD: PART II - John Rambo is removed from prison by his former superior Colonel Samuel Troutman for a top-secret operation to bring back POW's still held in Vietnam. Rambo's assignment is to only take pictures of where the POWs are being held but Rambo wants to get the POWs out of Vietnam. Teamed up with female Vietnamese freedom fighter Co Bao Rambo embarks on a mission to rescue the POWs who are being held by sadistic Vietnamese Captain Vinh and his Russian comrade Lieutenant Colonel Padovsky. Rambo falls in love with Co Bao and when Co Bao is killed by Captain Vinh Rambo wants revenge so he starts killing every enemy in sight while still focusing on his intentions to rescue the POWs. There are also corrupt American officials involved in the mission including Marshall Murdock one of Rambo's superiors.

FIRST BLOOD: PART III - John Rambo has gone to live a life of seclusion in an old Buddhist monastery searching for inner peace. When friend and mentor Col. Trautman (Richard Crenna) visits to ask for his help in a secret mission in Afghanistan Rambo declines preferring a life of serenity. Trautman goes it alone and is captured by the enemy. Rambo must now set out to bring his old friend back to safety.

RAMBO: Stallone's back in Rambo the biggest bloodiest and best installment of the legendary action series. This time Rambo's living a quiet life in Thailand when he agrees to ferry a group of missionaries into war-torn Burma. But when they are captured Rambo must return to the battlefield on a rescue mission that soon becomes all-out war!