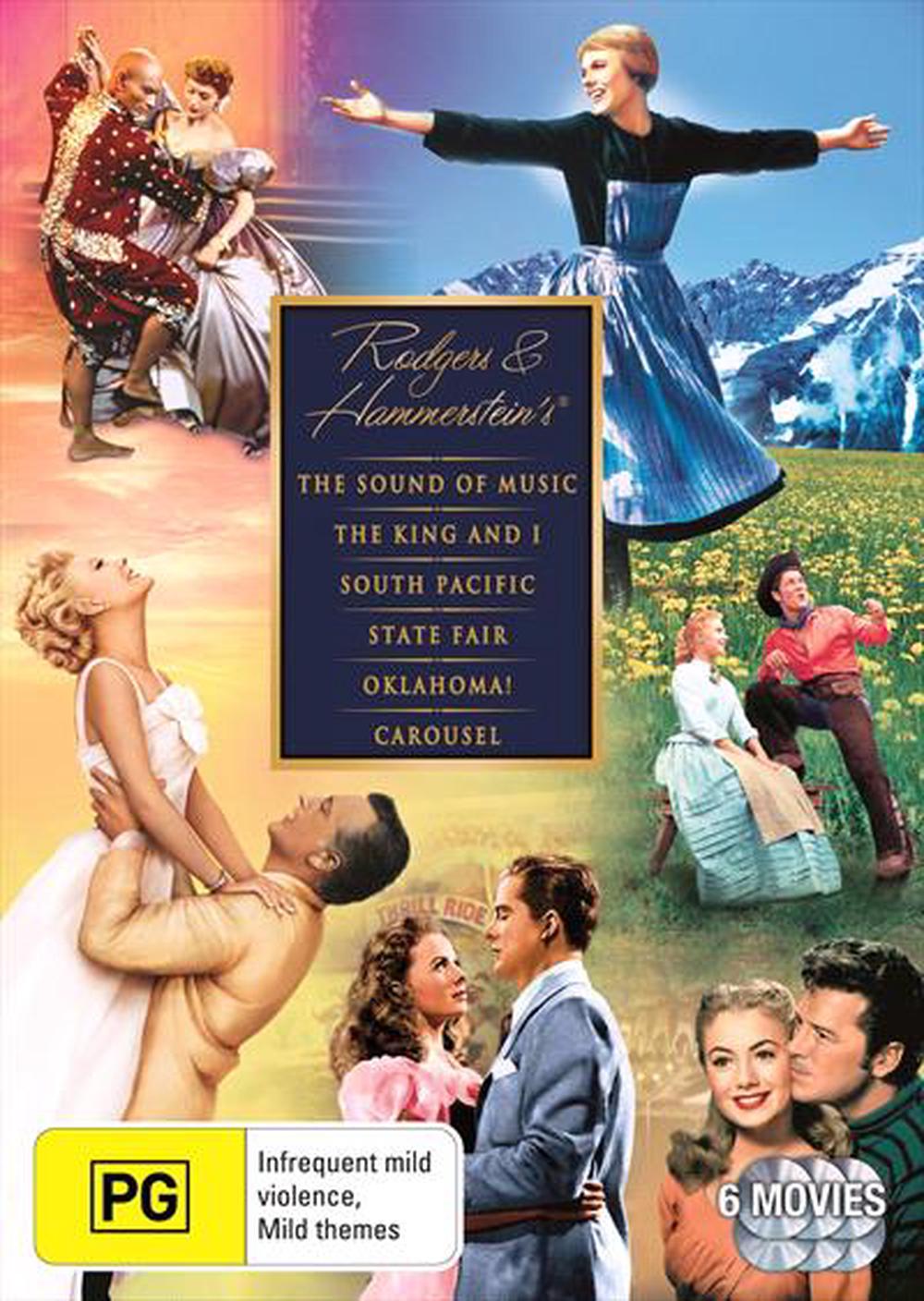 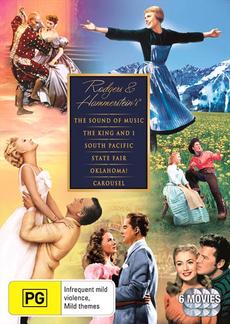 THE SOUND OF MUSIC: Share the magical heartwarming true-life story that has become the most popular family film of all time - Rodgers and Hammerstein's The Sound of Music. Julie Andrews lights up the screen as Maria the spirited young woman who leaves the convent to become governess to the seven children of Captain von Trapp an autocratic widower whose strict household rules leave no room for music and merriment. Winner of five Academy Awards including Best Picture this timeless classic features some of the world's best-loved songs.

THE KING AND I: This visual and musical masterpiece features Yul Brynners Academy Award winning performance an unforgettable Rodgers and Hammerstein score and brilliant choreography by Jerome Robbin. It tells the true story of an Englishwoman Anna Leonowens (Deborah Kerr) who comes to Siam as schoolteacher to the royal court in the 1860s. Though she soon finds herself at odds with the stubborn monarch (Brynner) over time Anna and the King stop trying to change each other and begin to understand one another. Winner of six Academy Awards The King and I contains some of the most lavish sets in Hollywood history and some of the world's best-loved songs including "Getting To Know You" "I Whistle A Happy Tune" "Hello Young Lovers" and "Shall We Dance?"

SOUTH PACIFIC: Rodgers & Hammerstein's Academy Award-winning "South Pacific" is a towering musical masterpiece and the tender love story of a naive young Navy nurse (Mitzi Gaynor) and an older French plantation owner (Rossano Brazzi) on a U.S.-occupied South Sea Island. The breathtaking score is highlighted by some of the most romantic songs ever written: "Some Enchanted Evening " "There is Nothin' Live a Dame " "Younger than Springtime" and more. Directed by Joshua Logan.

STATE FAIR: In this rousing celebration of love and laughter in America's heartland each member of the Frake family is out for a different prize when they attend their state fair. Father wants a blue ribbon for his favourite pet pig. First prize and only first prize will do for Mom's entry in the pie-baking contest. For their son and daughter (Dick Haymes and Jeanne Crain) the hunt is on for true love. This Rodgers and Hammerstein score features "It's A Grand Night for Singing " and the Academy Award-winning song "It Might As Well Be Spring."

OKLAHOMA: Celebrate Rodgers & Hammersteins uplifting Oklahoma! Set in the Oklahoma Territory in the early 1900's this joyous celebration of frontier life is a story of tender romance and dangerous passion. Gordon MacRae is Curly a sunny good-natured ranch hand and Shirley Jones is Laurey Williams the farmer's daughter he loves. Rod Steiger is the menacing Jud who tries to come between them. The first Rodgers & Hammerstein collaboration this Academy Award winner for Best Score features the classic songs "Oh What a Beautiful Mornin' " "The Surrey with the Fringe on Top" and "People Will Say We're in Love."

CAROUSEL: Gordon MacRae and Shirley Jones are reunited in this second classic Rodgers and Hammerstein musical. In this bittersweet love story Billy Bigelow (MacRae) a smooth-talking carny barker falls in love with a millworker (Jones) in a little town on the coast of Maine. Although Billy is killed during a robbery before the birth of his daughter years later he is allowed to return to earth for one day to redeem himself - and to teach his daughter one very important lesson. This the most poetic and lyrical of all the Rodgers and Hammerstein musicals features the classics "If I Loved You" and "You'll Never Walk Alone."

The discs are great. Everything that I wanted. They bring back many wonderful childhood memories.
By Peter
Perfect! Just what I was looking for. Perfect condition. Easy sale.
By Rebecca
By derek
Great
By Cliff